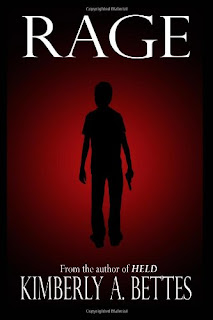 Brian Boozer is a good kid in a bad situation. At thirteen, he's already endured the pain of losing his father and the agony of living with a step-father who hates and abuses him. At school, Brian suffers even more torment, delivered by bullies who seem to enjoy making his life miserable. The only bright spot in Brian's life is Carly, the girl on whom he's had a crush for years. As his relationship with her evolves, so do the problems at home and the confrontations at school. A distressed Brian retreats further into himself, hiding behind the wall he's built as protection from the cruel chaos around him. Eager to be free of his troubles, Brian fights to be heard in a world that won't listen.

What a fabulous read and only 198 pages. Kimberly paints a pictures of a young boy named Brian Boozer who has no safe place to fall. His mother is overworked, oblivious, or just plain in denial, his step father abuses and beats him and he is beat and bullied in school. From page 1 you are instantly dragged into the story and in a horrific way. I have never started a book like this one. From the first paragraph by stomach was in knots.

The story of Brian had me angry, upset or just sad. We all know bullying is a prevalent problem but we don't know what is going on at home and what some people are dealing with. The ending was expected but still shocking.

Disclaimer: No one to thank. Just wanted to share one of my reads with my readers.