Heros In Their Habitit #animals

Last month we were able to attend the Andrew Simmons Wildlife Program. Andrew has a rescue and educational company who brings his menagerie of fascinating animals around to different organizations so people can learn all about them.

While Andrew and his helper hold the animals, he talks about them telling them kids how they catch their prey, eat, what they eat, and where you might find them. It was really entertaining and educational. 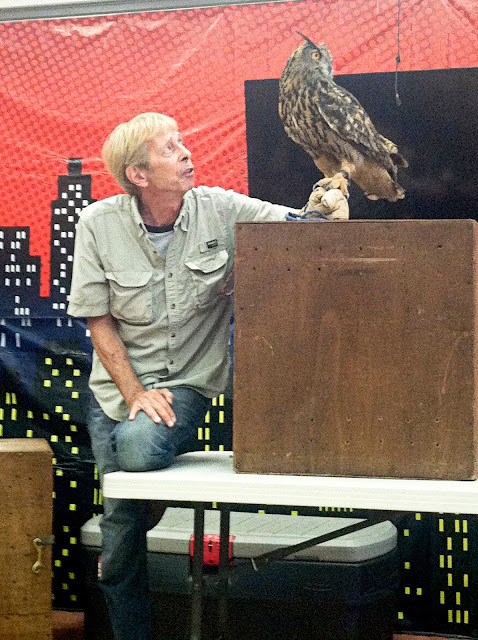 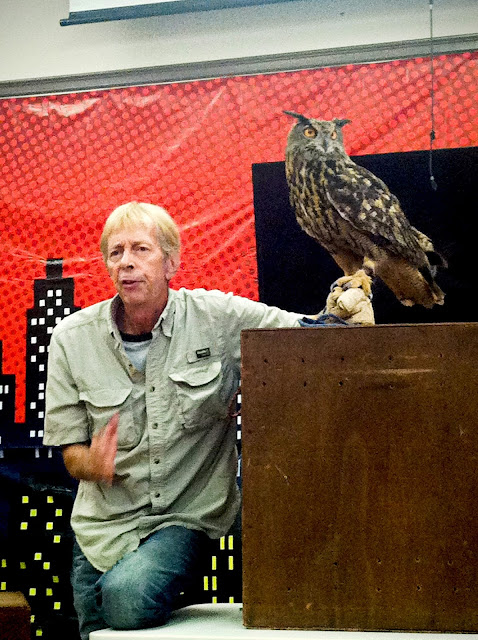 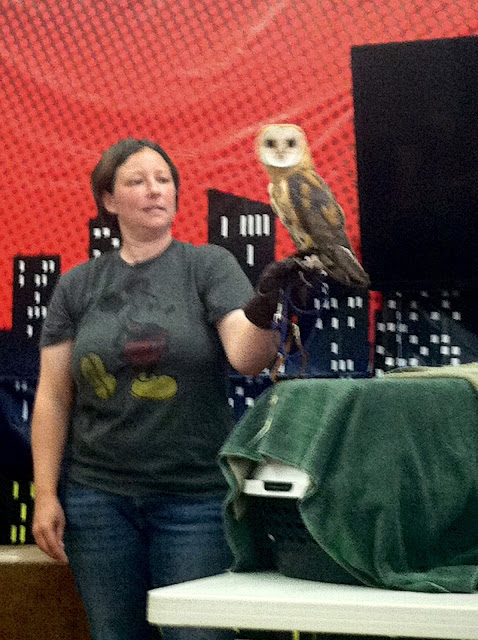 
I think he was eyeing the little kids to see if he could carry one away. 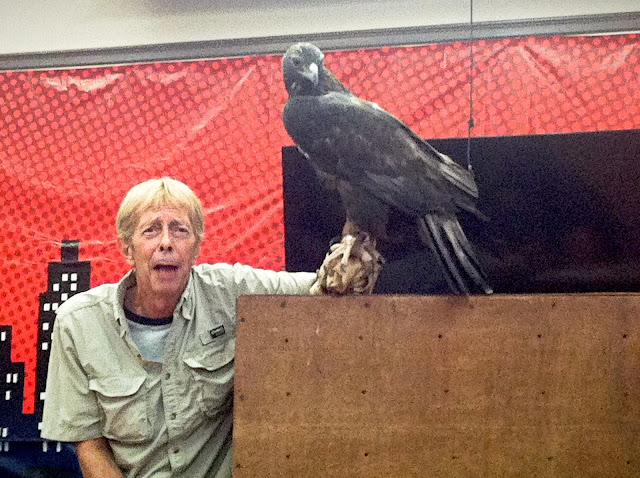 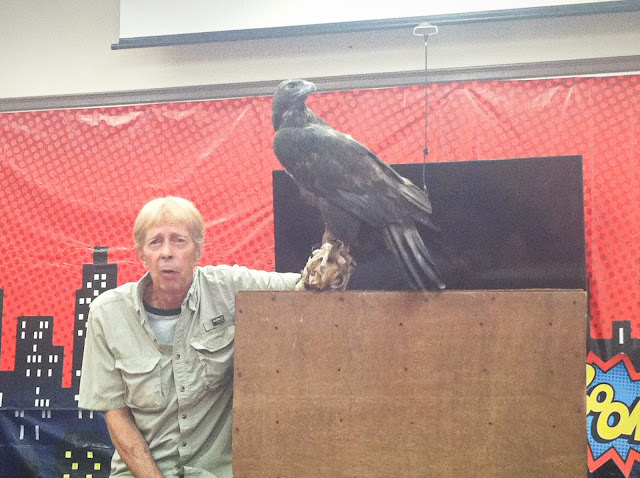 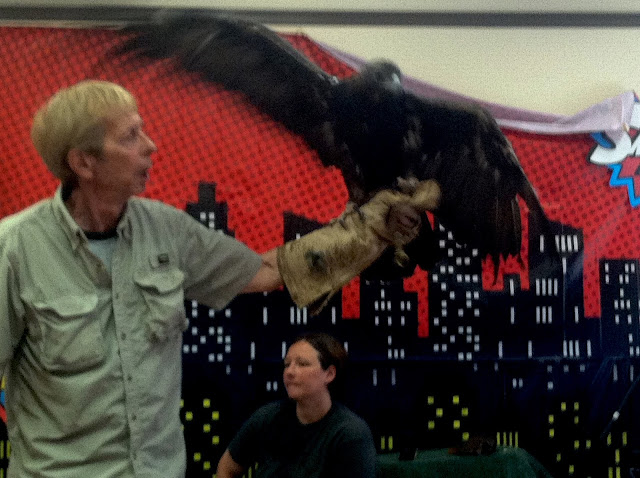 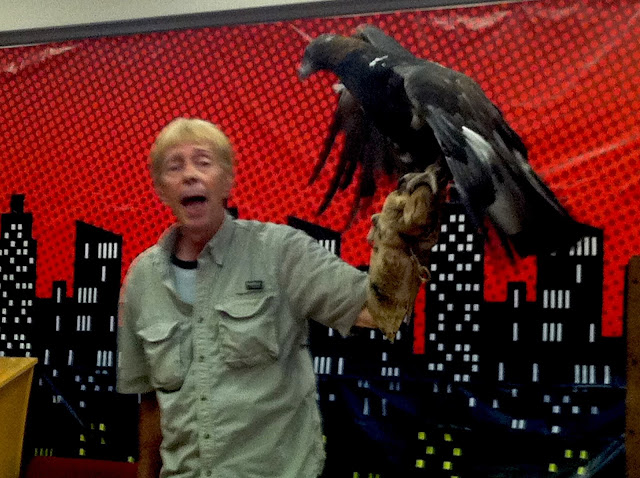 This little guy looked like he meant business but Andrew made him look like a stuffed animal. 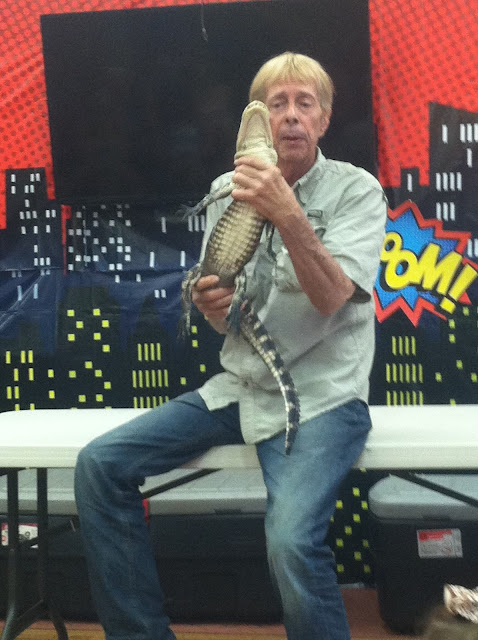 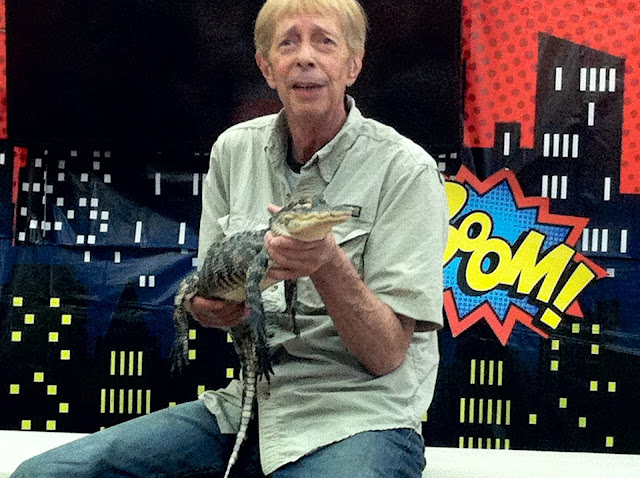 There were also monitor lizards, snacks but it was this Canada Lynx that we all went crazy for. It was only two months old but was so adorable. It played with it's tail and leash. It was just like any household cat. 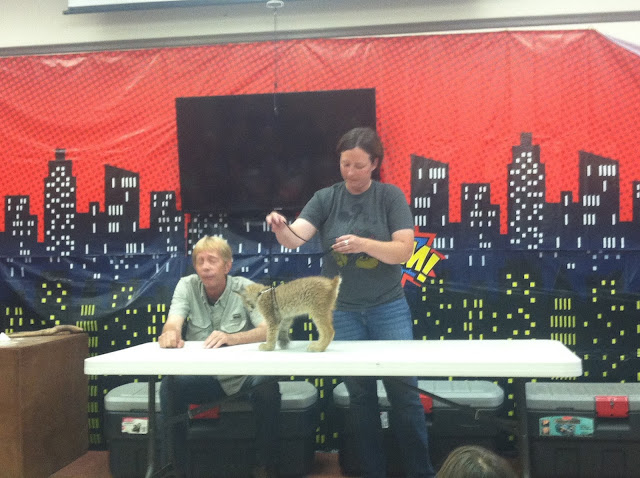 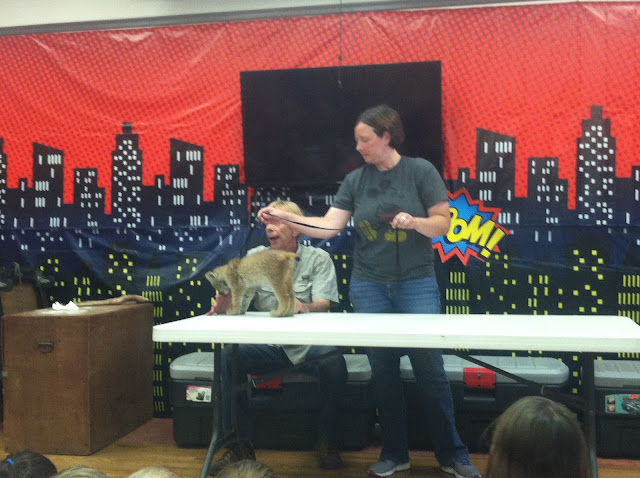 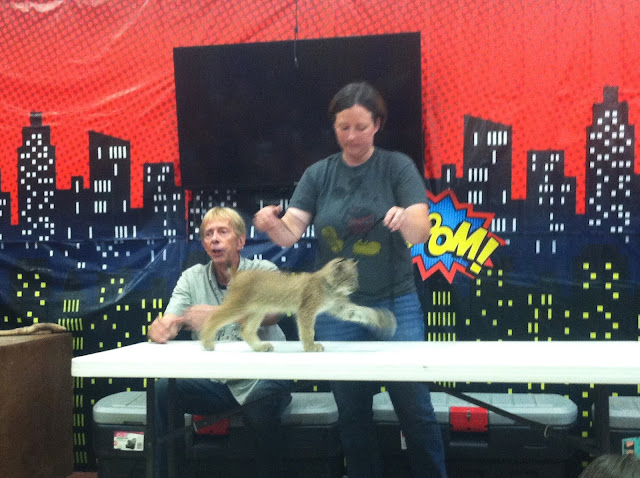 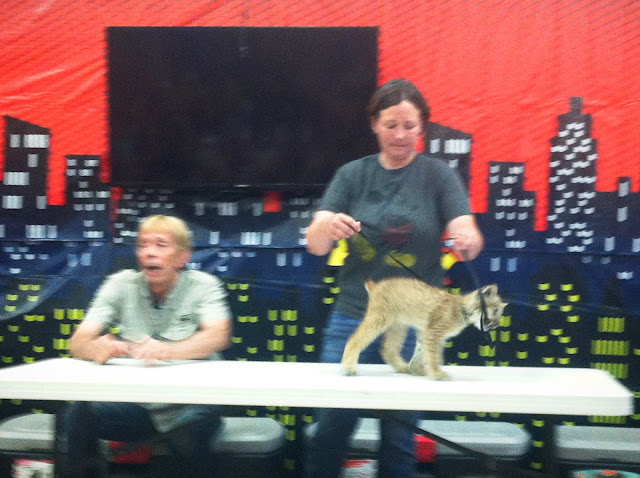 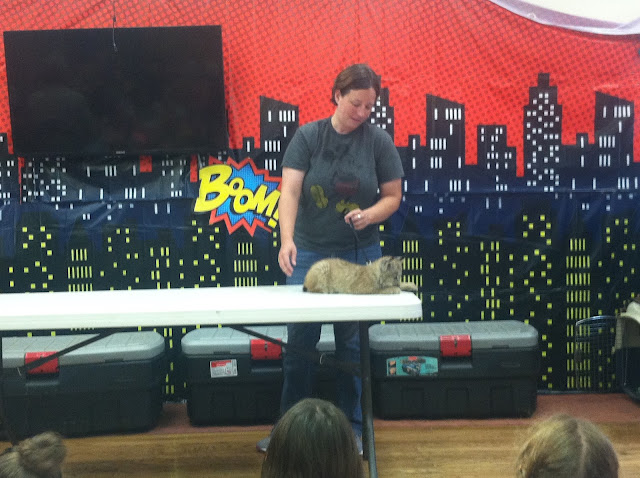 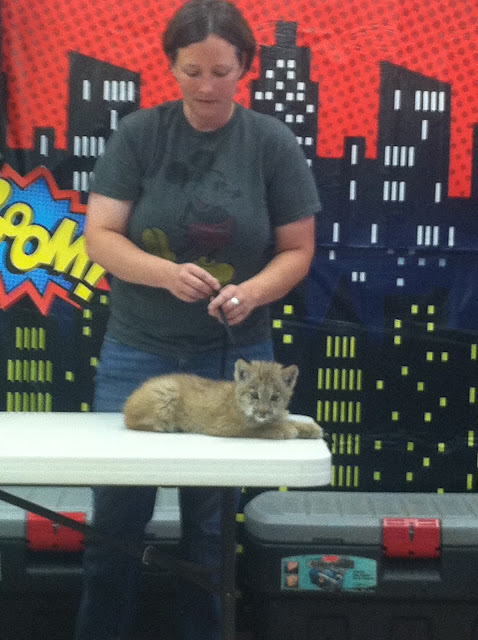 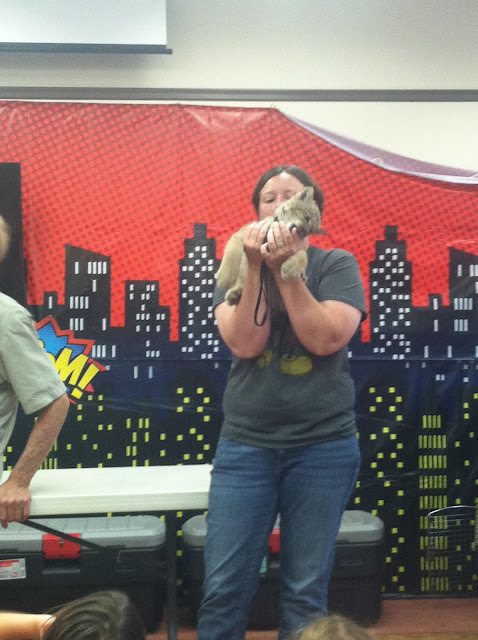 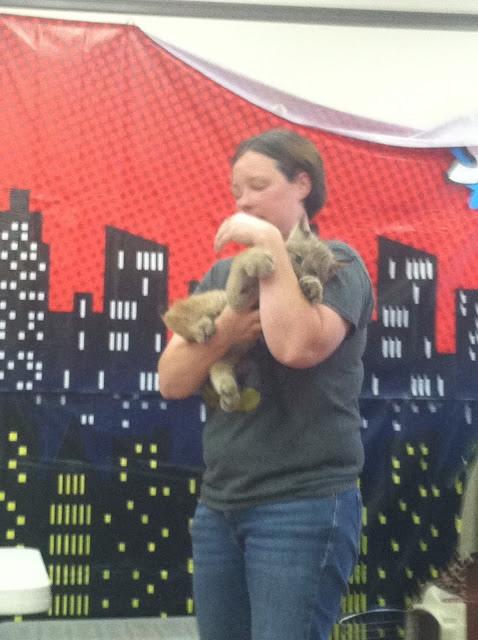 I wish I had my "real" camera. These shots sucks but at least I got some. It was a great time.