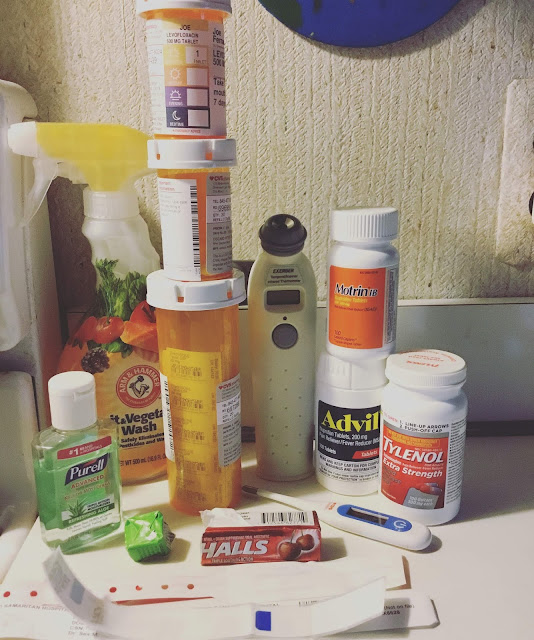 Last week I wrote about my son's new diagnosis and hinted at my husband's fever. Today I will talk about the rest of our week and where we are now.

At the hospital with my son; my husband had an obviously high fever. We were so busy with Handsome that Teach had to take a back seat until we got home. After his shower we took his temperature which was 102.5. For a guy who never gets sick and an adult this was high. I gave him some medication and told him we should head to the hospital. He refused saying he just needed some sleep. He woke hours later after sweating through the whole bed I told him he needed to go to the hospital. He refused (MEN!). As I went to bed I told him that if he was still feverish the next day...it was off to the hospital.

I woke the next morning to him in the shower. He came out saying he was taking himself to the hospital. You know he's sick if he is talking hospital. When I told him I would take him he refused saying he didn't want to leave our son alone. It would have been possible to get someone here to watch my son but he wanted to go right then. He text me when he arrived, when he was in the ER, when he was going to the lab, when he was going to x-rays. This sound normal but for us it isn't. He is not always so forth coming with information but we are communicating better than ever. It made me feel better knowing what was happening since I couldn't be there.

He eventually called saying he had pneumonia and they would be holding him for a few hours with an IV. UGH who gets pneumonia in the summer? This guy!!!!.

It is crazy that both my boys are suffering from probably the same virus it just hit them differently.

While they are on the mend, they both have long roads ahead. Our family physician told us it would be a long time before my husband felt better. He gave me the task of helping him by cupping my hands and banging on his back to loosen up the fluid in his lungs.

While the house mends we are all eating better, drinking lots of fluids, and I have used all my smudge sticks on my daily house blessing rituals.

Update on my son:

Handsome lies outside on the deck so that he is getting some fresh air instead of laying on his bed or playing a computer game all day. He hates it but getting him out and eventually moving is only going to help him and I have helped him walk up and down our street twice a day. 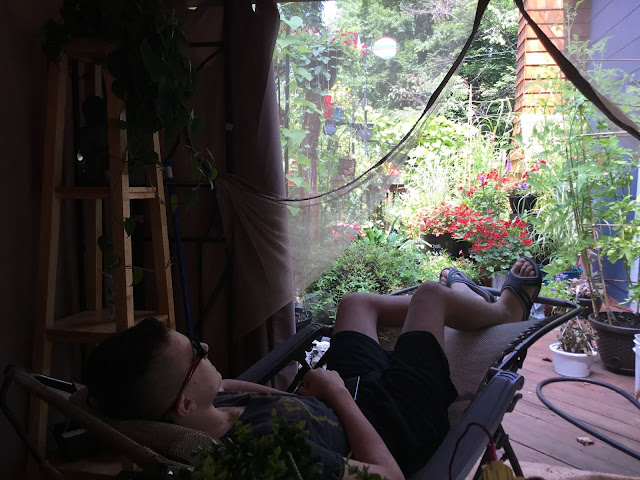 This morning my husband and my son went for a walk around the block. It was nerve wracking for me to watch them go but I was thrilled that they did it and made it around without a problem. Slow and steady as they say. 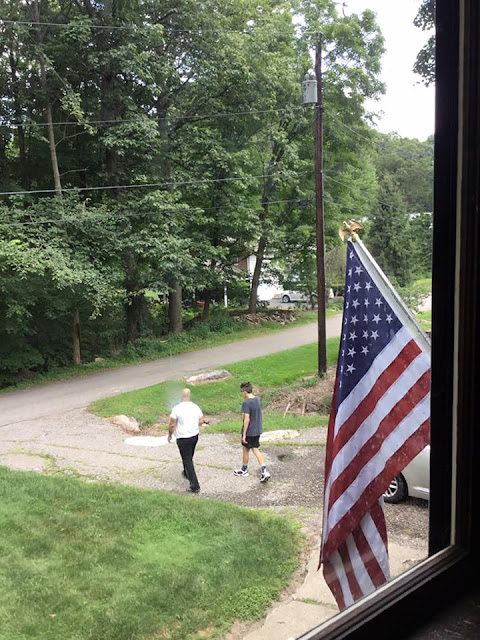 The fact they are up and moving is all I need!

Email ThisBlogThis!Share to TwitterShare to FacebookShare to Pinterest
Labels: Handsome, life, my life