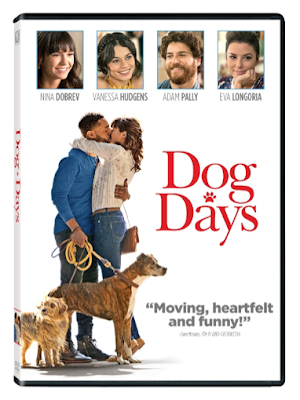 You’ll fall head over paws in love when the lives of a group of strangers intertwine in this sweet and lovable ﬁlm. When a barista (Vanessa Hudgens) ﬁnds a stray Chihuahua, she learns that a love struck customer (Jon Bass) heads a rescue agency. Meanwhile, a widower’s pug changes life for its adoptive parents, pups help a newscaster cope with her co-host, and a slacker musician reluctantly pet-sits his sister’s scruffy Labradoodle. With its irresistible cast and satisfying story of love and face laps, DOG DAYS is one hilarious romp in the park! 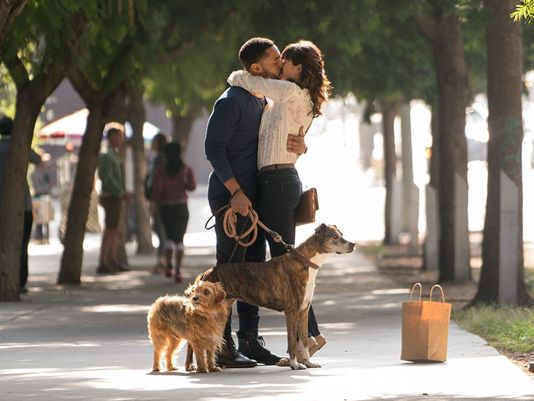 This was such a cute movie that would never have been on my radar if I hadn't received a review copy from Twentieth Century Fox Home Entertainment and that would have been so sad because I loved it! 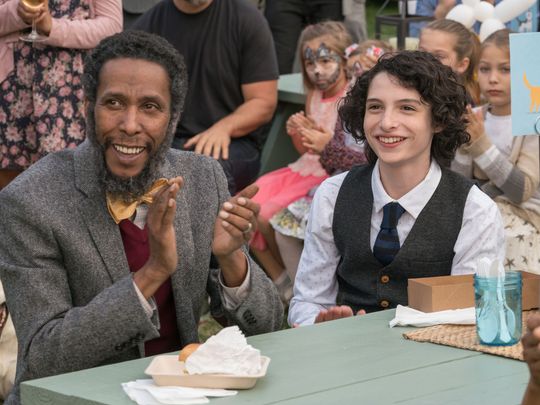 There were so many familiar faces besides Vanessa Hudgens (High School Musical and more), Nina Dobrev (Vampire Diaries) and Eva Longoria (Desperate Housewives), there was also; Adam Pally (The Mindy Project), Rob Corddry (Children's Hospital) (BTW...I am a huge fan of Rob's!, Jon Bass (Baywatch the movie), Michael Cassidy (The Magicians), Finn Wolfhard (Stranger Things) and Ron Cephas Jones (This Is Us) just to name a few. 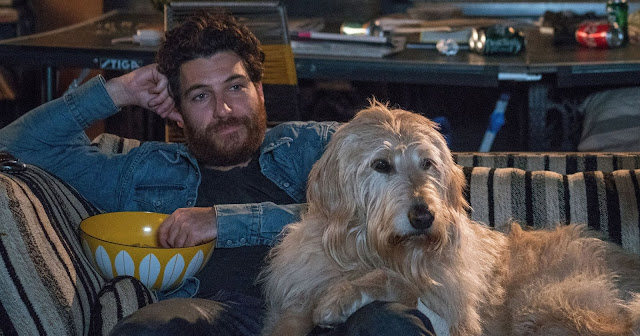 The movie is for all dog lovers and anyone looking for a family friendly movie. There are 4 main story lines containing the big name female actresses, 1 with Adam Pally as well as a small one with Ron Cephas and Finn Wolfhard and each centers around dogs and intertwines with the other.LOVED it!  The cast is great and the storylines have all the feels. I am a huge fan of Ken Marino who directed this and have been following his career since The State. Man I miss this show! AND let's not forget all these adorable dog actors. My daughter actually was very impressed with one dog stating "wow, he is a very good actor". 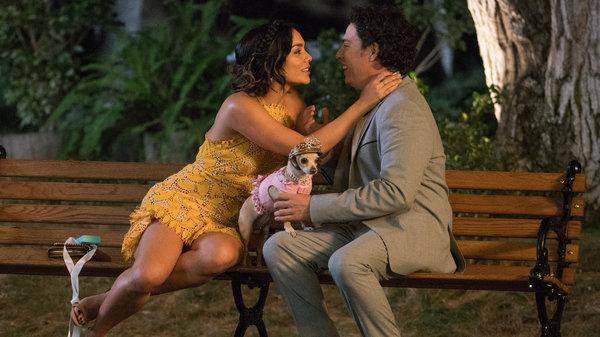 I don't have a personal favorite storyline. They are all wonderful but I probably love the ones with Rob Cephas Jones and Finn the best. There is something about Rob that cuts to the heart and Finn comes off as a sweet boy looking for a father figure.

Nina stars as Elizabeth a newscaster who finds out her boyfriend is cheating on her when her dog comes out of the bedroom carrying a bra that is not hers.

Vanessa is Tara a barista who is in love with the vet who works across the street. She finally gets to meet him when she finds a dog.

Jon is Dax, a slacker brother whose sister needs him to step up and help her take her dog when she and her husband have twins.

Eva (Grace) and Rob (Kurt) are a married couple who just adopted a little girl who doesn't speak until she finds a dog who is lost.

Ron is a lonely widower who loses his dog Mabel and befriends Pizza Boy Finn who helps him look for his dog.

The movie is full of heart, fun, and sweet and as someone who does a lot of volunteer work at an animal shelter and loves animals, I had all the feels. Way better than I expected. A definite feel good movie!