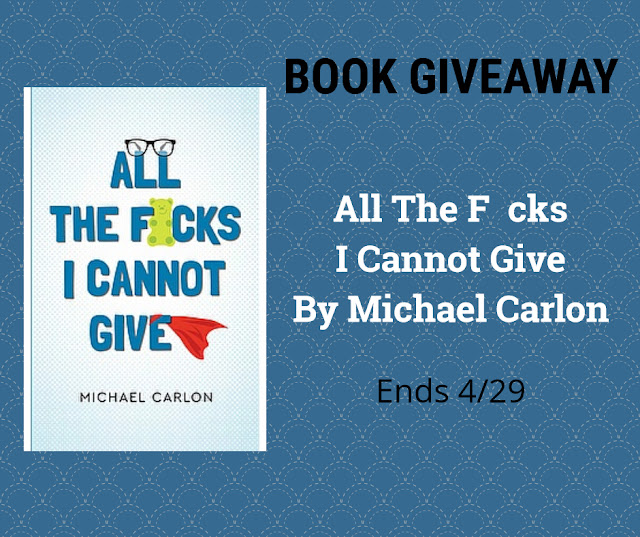 All the F*cks I Cannot Give (fiction, humor, adventure, romance) – When mild mannered yet high performing marketing consultant, Kelly Carson, is unceremoniously fired over the phone by his pretentious boss just weeks before Christmas, it becomes the catalyst for much needed life changes.  Falling under the unexpected mentorship of an unbalanced Hollywood actress currently escaping her own career problems, Kelly follows Terri on a last-minute trip to Hawaii, putting into motion a series of hilarious events and misfortunes that teach Kelly how to let loose, accept the fact that he has a girl’s name, what to do when you mistakenly eat an entire bag of edibles during a plane ride, and, ultimately, how to learn when to no give a f*ck.  This book will have you laughing from the first page and rooting for Kelly until the very end.

I read this book in 3 days. It was a wonderfully entertaining read with likeable characters. From page 1 I was completely engrossed and ready for a fun ride. Kelly (his parents thought they were having a girl) finds his wife deep between another woman's legs. She is a total bitch about it but Kelly isn't one for confrontation and keeps much of what he really wants to say inside his head in all aspects of his life.

They say timing is everything because soon after being fired over the phone by his asshole boss while on his way home from a business trip, his life takes a turn when he meets actress Terri Flynn. Terri walked off the set after being told she needs to show her boobs in a movie. Well, she has no problem showing them as long as it moves the story along! Terri brings out a side of Kelly that he didn't even know he had and the timing couldn't be better.  An impromptu trip to Hawaii, a visit to a rehab center, encounters with the paparazzi and MUCH MORE change the life Kelly knew for the better who know life could be so enjoyable?

I loved the conversations between Kelly and Terri but I especially love all the references to 80's movies. So many fun references. You will totally enjoy this book!

To Order
Amazon
Barnes and Noble

Disclaimer: I received a complimentary product for my honest opinion. All opinions are my own. No monetary compensation was offered.