Are You The Best Paleontologist? Find Out When You Play Draw 4: Dig for Dino's 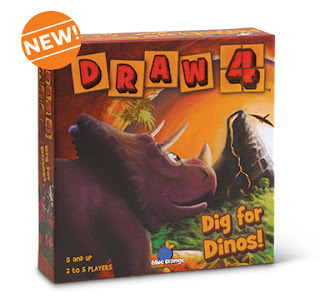 Draw 4: Dig for Dinos
AGES 5 AND UP • 2-5 PLAYERS
Excavate your way to victory! Dinosaur bones are hidden just underneath the surface, and it's your job to Draw 4 of the same type so they can be assembled back into complete dinosaurs for your exhibit! Will you go straight for the bones? Or will you risk digging up one of the random action cards in the hopes of progressing your cause? (Although it might cost you your turn - OR EVEN WORSE - your precious dinosaur bones!).

Oddly enough it took us a moment to learn this game but once I got it...it was a snap... 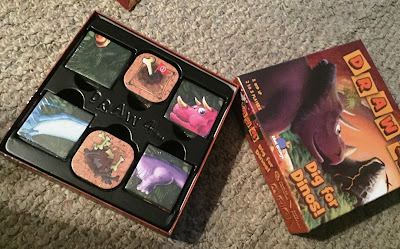 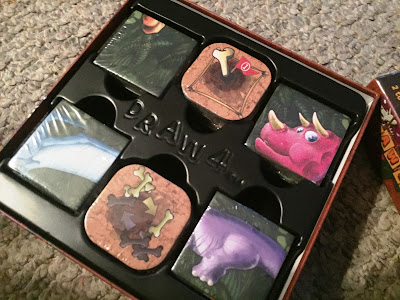 Basically depending on how many people playing you create a playing field of cards. This will be your evacuation area. The goal is to see who gets the most completed dinosaurs on the dig. 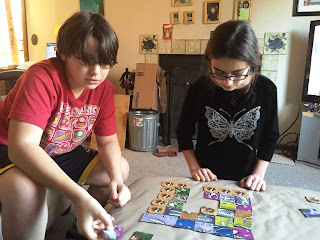 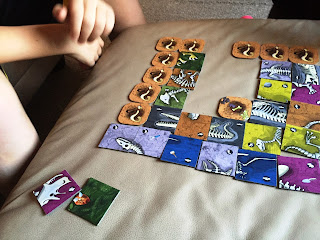 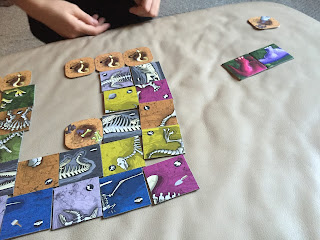 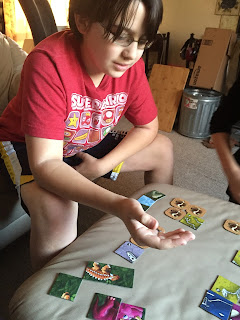 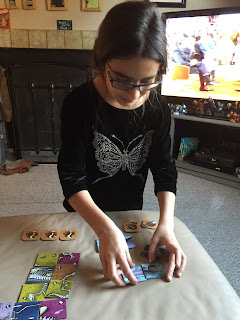 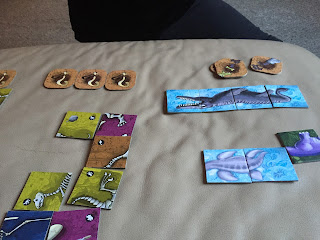 The cards are all turned over to reveal either a question mark or some dino bones. The question mark cards are the action cards and the bone cards reveal a dinosaur on the other side. Each dinosaur is made up of four cards and like I said before the goal is to have the most dinosaurs.

Fun game that works on the following skills: