As a Fox Home Entertainment Insider my family was thrilled to receive an Insider Welcome Pack containing a Kung Fu Panda Legends of Awesomeness, a Rio car sun visor, an Ice Age Continental Drift ice cube tray, a Glee 3D pin, and a set of Dragons: Riders of Berk trading cards all inside an awesome bowl which has become our everything bowl. 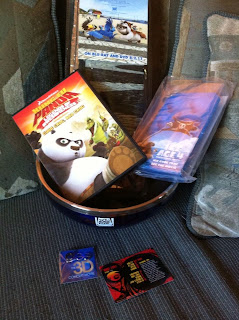 On the last day of school Goddess' teacher asked me if I had anything available that no one had seen before and was rated G. Goddess was so happy to be able to share this with her class and said that all the kids loved it and no one had seen it yet. Love sharing with friends. 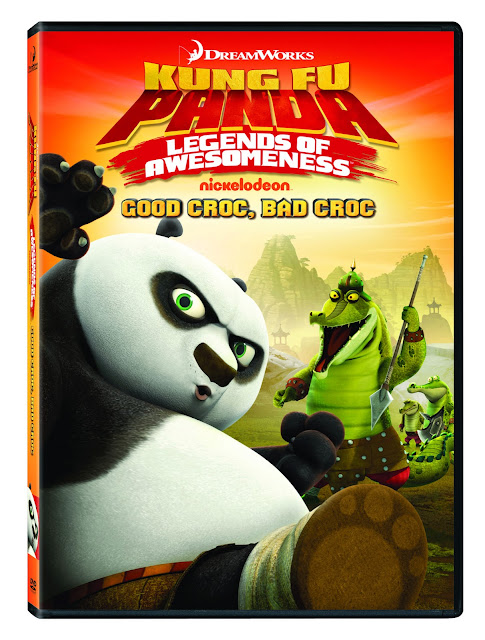 Po and his friends are back in this 2 hour video featuring 7 different adventures from the series featured on Nickelodeon. Brace yourself for awesome action and legendary laughs in this fun-filled animated TV series based on the Academy Award®-Nominated hit movie Kung Fu Panda! As the chosen Dragon Warrior and sworn protector of the Valley of Peace, Po the panda is highly skilled, ever vigilant and hungry for justice...and dumplings.  Together with the Furious Five—Tigress, Monkey, Mantis, Crane and Viper—Po must fend off fierce villains, including an evil version of himself (courtesy of the Mystical Mirror of Yin and Yang) and the toothy Croc Bandits!


Goddess' teacher told me that the kids had a wonderful time and laughed together while watching the 4 episodes they watched. I wish I could have been with the kids in Goddess' class while they watched but I sat down with Goddess to watch and find out why the kids loved it so much.

I laugh each time I hear the theme song:

Raised in a noodle shop
Never seeking Glory or Fame
He Climbed a mountain top
And Earned the Dragon Warrior name
Ooh Ahh Yaa!
Kung Fu Panda!
Master Shi-fu Saw the warrior blossom
Mastered the skills of Bodacious and Awesome
Kung Fu Panda!
He Lives And he Trains and fights with the furious five.
Protects the valley something something something something alive!
Ooh Ahh Yaa!
Kung Fu Panda!
Legends of awesomeness!
Sweet!
Kids and adults will laugh at the slap stick humor of the adorable, "husky capable" Panda. It is literally laugh out loud humor as Po tries to say Asian names, tries to Karate Chop opponents, and deals with his motley crew of friends.
The voice of Po is done by Mick Wingert who does an amazing Jack Black impersonation so kids who love the movies will never miss him.
This is a great addition to your movie collection for those rainy summer days that keep you and the kids inside or for a friend sleepover. Giggles galore for sure.

Disclaimer: Thanks to F0x Home Entertainment I was given a complimentary DVD for my honest opinion.