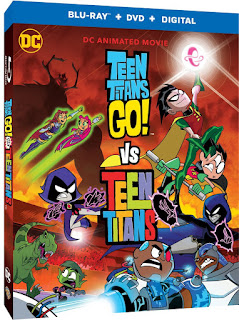 It’s week 5 at Camp Warner Bros.! This week, when the forces of evil unite from across time and dimensions, it’ll take the combined efforts of distinctly different, yet similar Super Hero teams to keep the universe secure in the action-packed animated mash-up movie -  Teen Titans Go! Vs. Teen Titans which is available now on Blu-ray, DVD and Digital. My daughter used to watch Teen Titans Go all the time. She is older now but was so excited to watch with me.

It’s time to get crafty with these adorable Teen Titans Go! Vs. Teen Titans Character Banks -  while learning a little bit about finances and household responsibility!

Gain control of your own Titans Tower  – and give your campers a lesson of earning, motivation, and accountability by offering allowance for their Summer Chores! Campers can save their money in their very own Character Banks: https://wbproductions.box.com/v/CampWBCharacterBank

While chores can be a bore – you can figure out small incentives to help your campers learn about the value of the dollar, and working hard for something they really want. You can teach budgeting and saving to help set them up for their future. If they feel like being real Super Heroes – they can even do chores for charity – and have them donate to a cause that can save someone else’s Universe!

My kids have a very detailed chore list that gives them about an hour to an hour and a half of chores every day except Sunday.  They get a monthly allowance and love saving it for something they really want or to treat the whole family for lunch or dinner depending on what they want. If my son wants Burger King or McDonalds which is not something we usually have he offers to buy it for all of us.

Here are their banks! I purchased Modge Podge for this craft and for the life of me have no idea where I put it. I will head out Saturday so they can Modge Podge their faces on the jars! It will look so much better. It was such an easy project and the kids love them!
My son chose Robin! 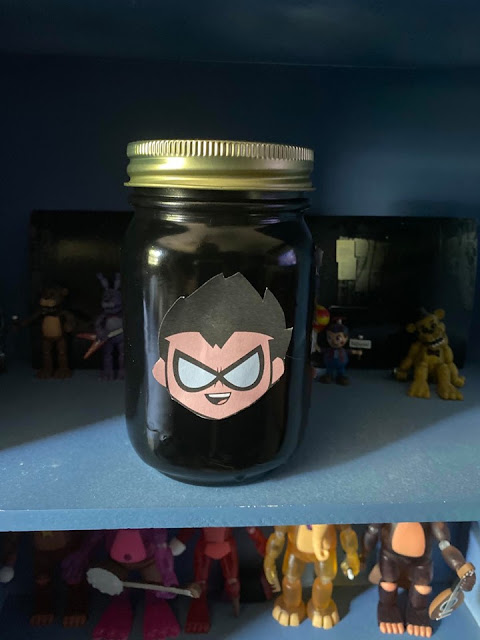 My daughter chose Star Fire. I would have chose her too! 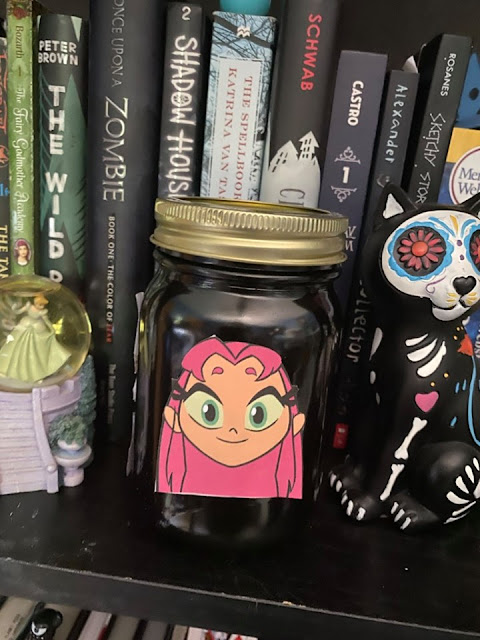 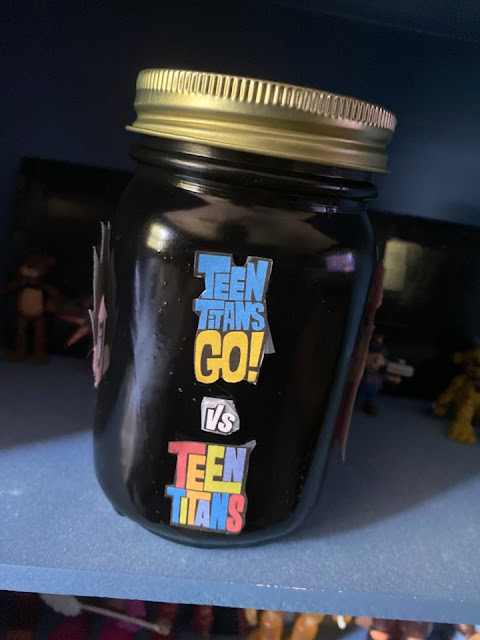 In Teen Titans Go! Vs. Teen Titans, the comedic modern-day quintet takes on their 2003 counterparts when villains from each of their worlds join forces to pit the two Titan teams against each other. They’ll need to set aside their differences and work together to combat Trigon, Hexagon, Santa Claus (that’s right, Santa!) and time itself in order to save the universe.

If you have never seen Teen Titans Go or Teen Titans. You will enjoy it. There are so many Easter Eggs and funny lines. It is one of those shows that was good for my kids and I didn't hate how often they watched. I found myself watching and laughing with them. Great from start to finish! If you like goofy humor you will love this!