Being Grumpy Breeds Grumpy But Being Kind, Well, You Will See When You Change Your Mind! 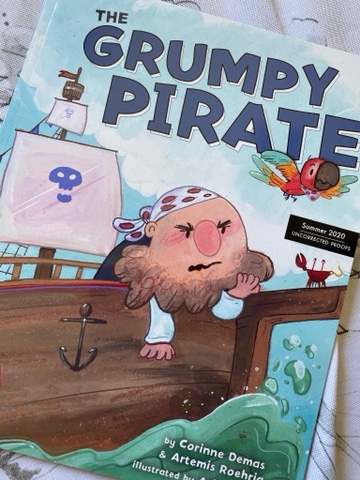 There is one grumpy pirate.They call him Grumpy Gus.He grunts and gripes and grouses,and always makes a fuss.Gus the Pirate complains about everything -- ARRRRRGH! Gus grumbles about his lumpy bed and his itchy clothes. He complains about the yucky food and doing his chores on the pirate ship. Even sailing toward buried treasure can't make Gus happy! Finally, the other pirates have had enough! They ask the Pirate Queen to help.So the Pirate Queen gives Grumpy Gus a pet parrot -- but the parrot is grumpy, too! After Gus spends the day with a parrot who's just as grumbly and grouchy as he is, Gus realizes his bad attitude might be a little hard to deal with. Can Gus turn his frown upside down before the other pirates make him walk the plank?All kids can relate to feeling grumpy like Gus, and this swashbuckling pirate adventure teaches kids the importance of trying to have a positive attitude! 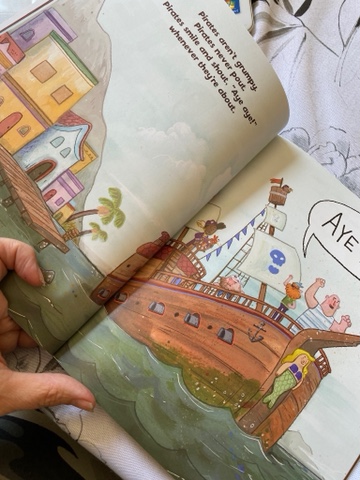 The 411:
I loved this book! I have always said that if you look for the negative it will always be there but if you choose to see the positive well, surprisingly that will be there choice. It is a choice you make every day. I make a conscious effort every single day to only see the positive and if the negativity creeps in, I chase it away as fast as I can. It is a choice I choose for my well being. Like Gus the Grumpy Pirate in this book I know many who simply wake up just like Gus. There is nothing that will change their mind. They simply stay under that dark cloud but what happens is that eventually people tend to move away from you. 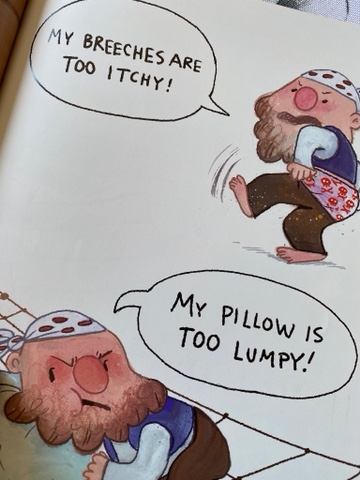 Gus experiences this when his pirate buddies have enough, the wise Queen gives Gus a friend in the form of a parrot. Well wouldn't you know it Gus' attitude starts to rub off on that bird. It isn't until he changes his attitude that the bird changes its tune. 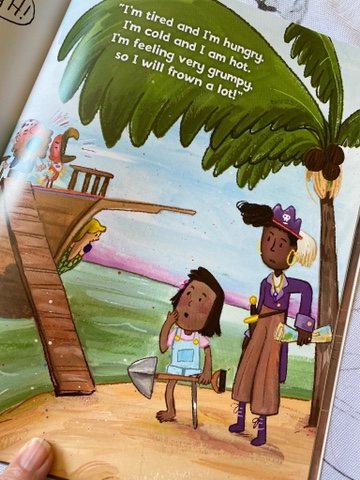 Children will enjoy the little angry face pirate and the colorful illustrations by Ashlyn Anstee. This adorable book will hopefully turn a few frowns upside down.
To Purchase:
Disclaimer: I received a complimentary book for my honest opinion. No monetary compensation was offered.