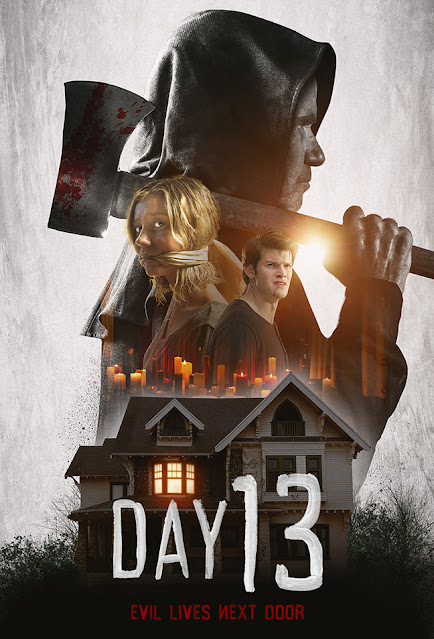 Synopsis: When 17-year-old Colton is left at home to baby sit his little sister for the summer, he develops a crush on Heather, the beautiful girl who just moved into a mysterious old house across the street. He falls in love with her from afar — but also witnesses her foster father grow increasingly threatening towards her. When Colton suspects the man belongs to a Satanic cult, and is preparing to ritually murder her, he resorts to desperate measures to intervene… and learns that the truth of the situation is more horrifying than anything he had ever imagined…

The 411:
There were a few things about this movie that annoyed me and a few things I liked. So let’s start with what I liked okay. It starts out feeling like many movies I have seen. I honestly thought that perhaps I had seen it before a few times. Mom has been alone a long time. Mom has a friend over. Her teenage son doesn’t like the guy, mom tries to explain how she has been alone long enough and how her son needs to step up and take care of things around the house and she is going away for a little while with some friends so he must babysit his sister. OK...let’s jump into what I didn’t like right here. I didn’t like the sister. She is a tween but a few times her whiny, annoying little sister act made us feel they should have had a younger child playing the sister. It was weird watching him read her a bedtime story and sit in the front yard while his sister sits in a baby pool. The girl looks to be about 13. It was weird.  OK..that’s the only thing I didn’t like. 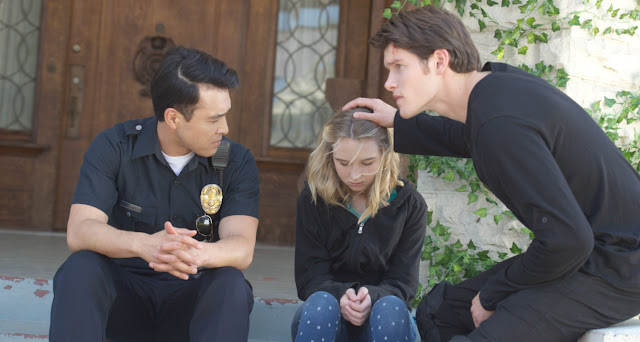 Soooo the movie....Colton sees a light in the very lovely, abandoned house across the street. Why is no one living in it. It is amazing! Colton buys a bunch of cameras and mounts them at his house so he can watch the house. I guess with a tween sister there really isn’t much babysitting that needs to go on.  So I guess out of boredom he needs to know what is going on there. Camera’s aren’t cheap so mom must have left him enough money to get what they need to live but also enough to buy cameras. On the camera Colton spots something and the next morning  heads over to investigate. While looking around he finds out that a pretty girl named Heather and her father have moved in. One night he spots her showering with also spots “creepy dad” listening at the wall into the bathroom. He makes it his mission to find out what is going on. His friend thinks he is crazy and his sister thinks he is creepy but Colton is sure something weird is going on and he has the hots for the girl sooooo you know he needs to rescue her. He eventually tells the girl about her creepy dad. She informs him that it is not her real dad and he just adopted her very recently. Hmmm...weirder by the minute.
As things escalate with Colton trying to rescue Heather, he and his friend end up separated in the house. His friend finds things he doesn’t want to. Colton’s sister is also in the house. Heather is tied up to a bed and looking sick AF and old “adopted” dude. Is trying everything to get Colton out. Eventually the cops show up, old adopted dude gets arrested but not before telling Colton, what was really going on. Heather is not what she seems and her being tied up was for everyone’s protection.  Things get weird, the shit hits the fan and we are left wondering WTF?!
The CGI was a little strange but the attempted was appreciated. I dug it! It is worth a watch if you are into B Horror movies. I will watch it again!
See the Trailer here https://youtu.be/21hERFkc7cw
Disclaimer: I received a complimentary movie link for the purpose of this review. No monetary compensation was offered.