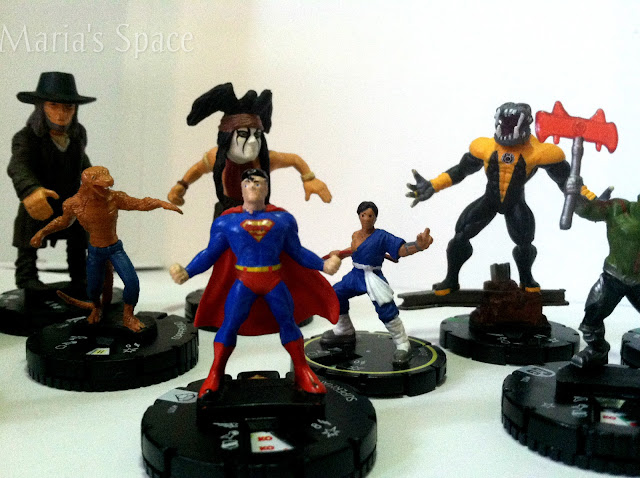 We have never heard of Heroclix but my kids love games and collecting and playing with figurines. 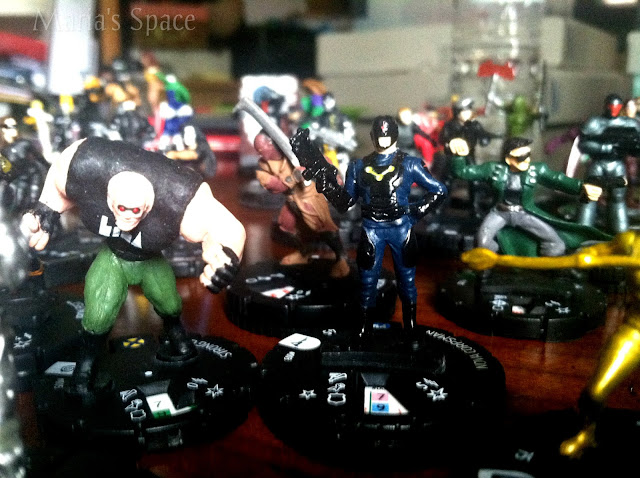 We received this huge lot from Golden Groundhog of 60 miniature Heroclix. 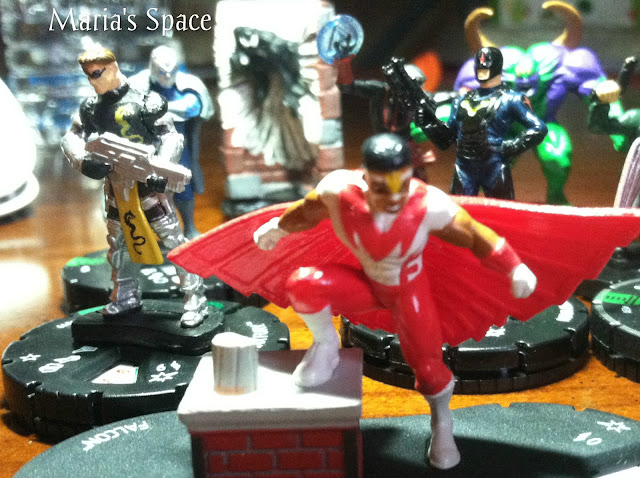 Before I go any further let me tell you what Heroclix are.  You know all those card games kids are playing these days. Like YuGiOh, Pokemon and Magic Cards? Well it's kind of like that but with figurines which my kids LOVED! 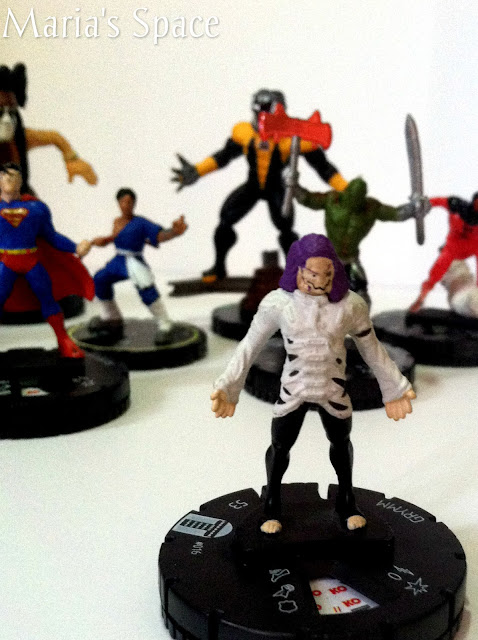 In Heroclix you create teams of characters from comic books, video games and villains and battle it out. The dial on the base keeps track of the stats like damage and special abilities. It also tells you their trait symbol, a collector number, a team symbol, the rarity of it if any, their name and more. 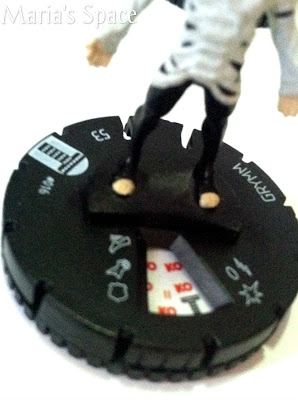 It can be played with two or four players and the battles take place on a map like this. 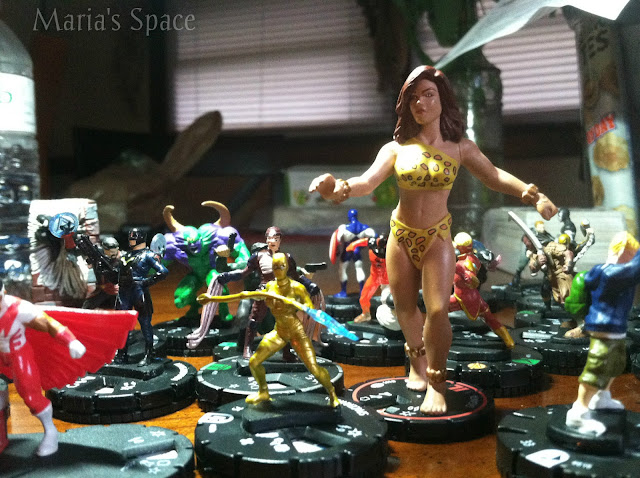 My kids and I love looking at them. They have so much detail like this little guy. 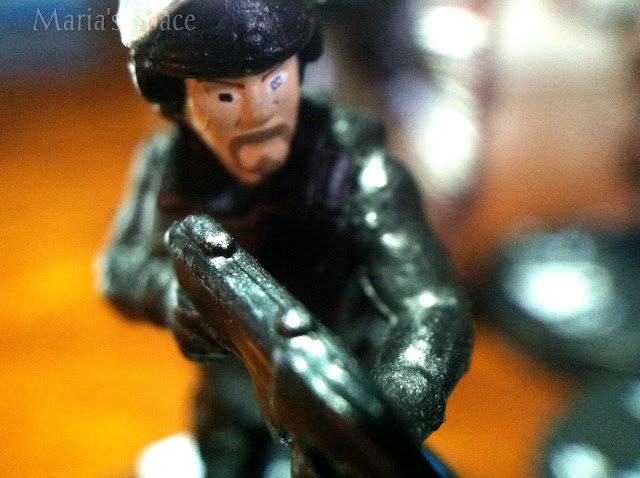 My kids love little figurines and right now neither are interested in playing with the maps but they do want more because they want to "collect them". That is literally all I hear these days. They have so many little collections going on. These are small enough that I don't mind and you get a pretty big bag for a really good price. 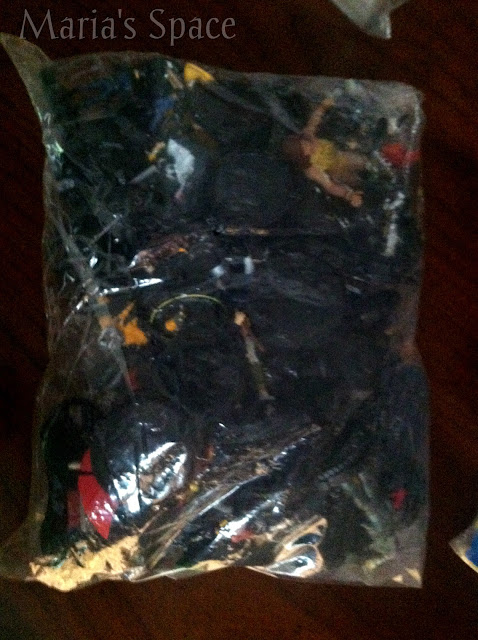