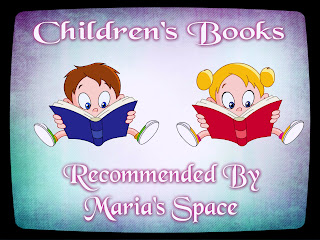 Here are a few we have read this since Summer started. 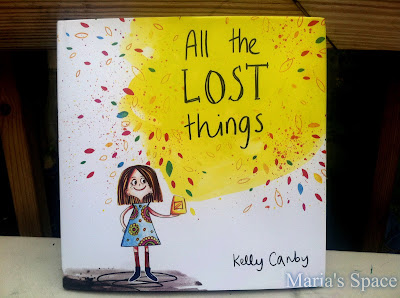 All the Lost Things

Description: “Olive is the only spark of color in her otherwise drab world, but her city’s sour disposition never crushes her resilient spirit. One day, as she’s out for a walk, a mysterious noise from a nearby manhole piques her curiosity, leading her to an underground world full of boxes and boxes of the city’s lost things—from keys and dolls to dreams and courage. Inspired, Olive grabs a scoop of “memory” for her granddad, who always loses his glasses, some “eyesight” for her father, though he hasn’t completely lost his yet, and most important of all—a great big jar of “hope,” which she spreads across the city, bringing color and joy back to its occupants and showing young readers that even the smallest person can make the world a better place.”

We loved this book. We loved the illustrations which show a fairly colorless world where people are angry, moody and unpleasant to each other.

One day Olive hears a peculiar sound underground and meets a curious old woman who lives among boxes of discarded and lost things that no one has claimed.

Olive fills various jars with things for her loved ones included memory for grandpa and a sense of humor for her sister and more. She also fills a jar for everyone else. A JAR OF HOPE! Olive sprinkles it over the city making the world a better place for all.

We loved this book. Brilliant illustrations and a lovely story of how even one person can change the world for the better. 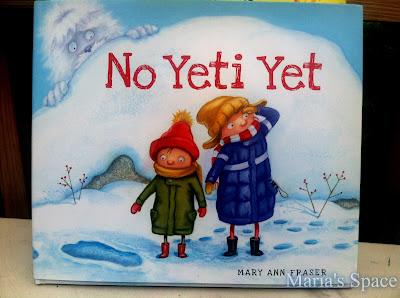 No Yeti Yet
by Mary Ann Fraser

Description: “On a snowy winter day, two brothers set out on a quest to find a Yeti. As they skate and sled their way across the landscape—unwittingly helped along by the Yeti they seek—the eldest brother patiently answers question after question, teaching his younger brother everything he knows about the mysterious monster. Parents will recognize the unique relationship between an older and younger sibling in the boys’ endearing banter. The short and snappy dialogue will keep young readers engaged to the very end, when the boys finally come face-to-face with the furry creature and an unexpected twist turns the littlest brother into the teacher, as he befriends the Yeti and shows his frightened big brother that it’s not really a monster after all.”

The 411 by Maria and Goddess

This is a cute book about two brothers who decide rather then spending the snowy day inside, venture out in search of a Yeti.  The younger brother follows his brother as they involved themselves in various winter play asking if they found a Yeti yet. The older brother answers all the inquisitive questions rapid fired at him by his relentless little brother.

Goddess and I loved the illustrations and seeing the Yeti on each page knowing that youngsters would love pointing out the Yeti who played along with the boys even though they never saw him.

It's an adorable story and we loved reading it out loud with each of us doing dialogue for the boys. Great story to read to your kids. 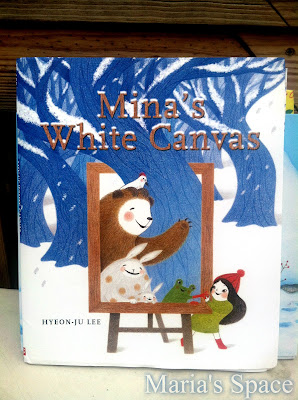 Description: “Mina is tired of her dreary, colorless world, so she sets out with a magical crayon to make her mark on its blue and white canvas. Along the way, Mina meets several forest creatures who need her help: she uses her crayon to draw a ladder so Grandfather Woodpecker can climb down from his tree, creates a door for Mr. Bear to escape his cave, and makes socks for Miss Frog so that she can join in the winter fun. By the end of the day, Mina has not only brightened the gloomy forest with her kindness and creativity, she’s forged new friendships and formed lasting memories. Lee’s gentle story shows young readers the power of thinking outside the box, and their own boundless potential to make the world a happier place.”

This adorable story is about Mina who is an amazing artist. She draws herself a magical, colorful world to escape her dreary one.

She helps Mr. Grandfather Woodpecker, Mr. Bear, Miss Frog and a Momma and Baby Bunny in the winter wonderland she creates with her magical crayon.

The illustrations add a lot to the story. I love the window with all that color. We love Hyeon-Ju Yi and can't wait to see what else she comes up with for her future books. 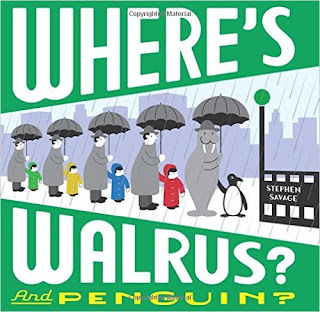 Description: When Walrus escapes the zoo with his new friend Penguin, their adventures are twice the fun!

In this sequel to the acclaimed WHERE'S WALRUS?, author Stephen Savage doubles the fun when Walrus escapes the zoo with his mischievous pal, Penguin. Will the zookeeper find them? Or will these clever runaways stay one step ahead disguised as subway riders, baseball players, and even grand opera performers? Hiding in plain sight, they elude the clueless zookeeper until a fly ball at a baseball game leads Walrus and Penguin to a chance encounter with surprising results!

Such a cute book. There are no words so you can kind of make up your own dialogue but basically walrus and penguin have run away from the zoo. The zookeeper who to us looks like a police officer is always on their tail as they take the subway, sell newspapers, feed pigeons, row in a regatta, play baseball and more.

We thought the book was adorable and that kids will love pointing out where the walrus and penguin are on each page.

Disclaimer: I received a complimentary copy of these books for my honest opinion. No monetary compensation was offered or received.