THE WAIT IS FINALLY OVER!
JIM CARREY AND JEFF DANIELS RETURN AS EVERYONE’S FAVORITE DUMBEST DUO DIRECTED BY PETER AND BOBBY FARRELLY 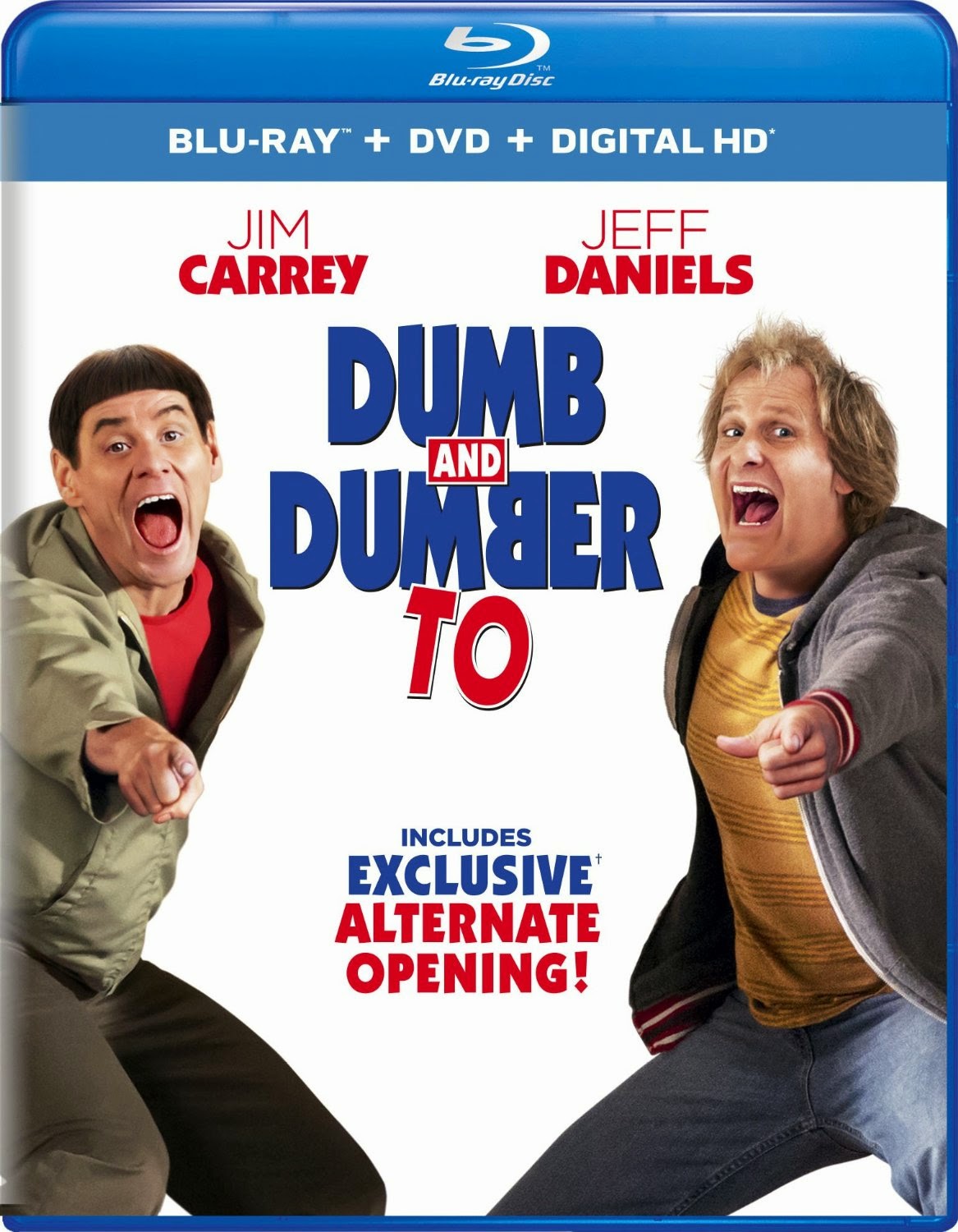 DUMB AND DUMBER TO

INCLUDING AN ALTERNATE OPENING, DELETED AND EXTENDED SCENES
AVAILABLE EXCLUSIVELY ON DIGITAL HD ON FEBRUARY 3, 2015
ON BLU-RAY™ COMBO PACK INCLUDING BLU-RAY™, DVD & DIGITAL HD WITH ULTRAVIOLET™ ON FEBRUARY 17, 2015

Universal City, California, January 7, 2014 –Two decades after Jim Carrey and Jeff Daniels’ endearingly dense pairing spun slapstick comedy into box office gold in Dumb and Dumber, the long-awaited sequel, Dumb and Dumber To, arrives on Digital HD on February 3, 2015 and on DVD and Blu-ray™ Combo Pack and On Demand on February 17, 2015 from Universal Pictures Home Entertainment. Directed by Peter and Bobby Farrelly (Dumb and Dumber; There’s Something about Mary; Me, Myself and Irene) the Dumb and Dumber To  Blu-ray™ Combo Pack offers hilarious extra belly laughs including an alternate opening, deleted and extended scenes, and a multi-part feature that takes viewers behind the scenes of the no-holds-barred comedy.

Jim Carrey and Jeff Daniels reprise their signature roles as Lloyd and Harry in the sequel to the smash hit that took the physical comedy and kicked it in the nuts: Dumb and Dumber To. The original film’s directors, Peter and Bobby Farrelly, take Lloyd and Harry on a road trip to find a child Harry never knew he had and the responsibility neither should ever, ever be given. Along for the ride are co-stars Kathleen Turner, Laurie Holden, and Rob Riggle.

I am a huge fan of the first Dumb and Dumber. My husband and I thought it was hysterical but you really need to be able to laugh at stupid. If you find stupid dumb, this is a movie for you. We are huge fans of South Park and Tosh so that should tell you something. We find dumb hysterical.

This time instead of searching for love, the guys are searching for Harry's long lost daughter. He needs a kidney transplant and Lloyd decides to help him get one by finding the girl. The guys are on another road trip that gets them into all kinds of crazy situations.

I thought it was a funny movie. I loved it! Yes there are some crude jokes like Lloyd trying to steal a hearing aid for Harry by sticking his hand under an old lady laying in a bed. "Do you have the diamonds up in this turkey underneath you?"  There are a lot of poop jokes but all in all if you like stupid humor these guys don't disappoint.

The idea of these grown men searching for a daughter that Harry didn't know he had while Lloyd is secretly falling in love with her is perfect Dumb and Dumber.

Oh and Kathleen Turner as Fraida and Bill Murray as Ice Pick just add to the fun!!!


Disclaimer: I received a complementary copy of the movie for my honest review