The Tangle Available On Demand March 19 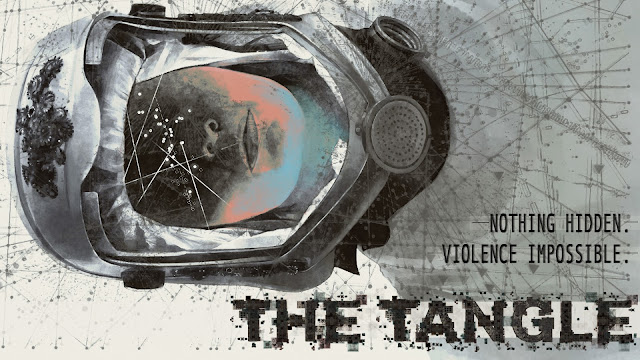 “...kind of like INCEPTION or MEMENTO...but honestly, I cannot think of anything that I’ve seen that is like this.” Echoes from the Void 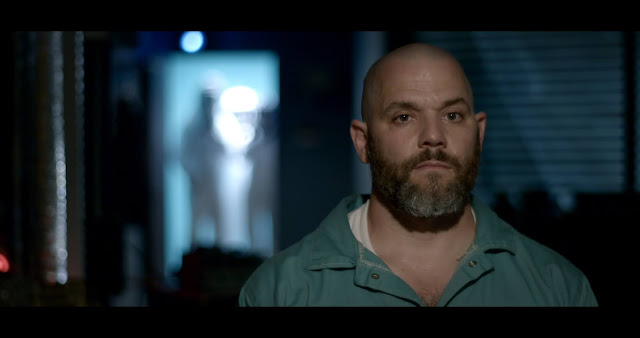 Written, directed by and starring Christopher Soren Kelly, THE TANGLE has been described as “captivating…hypnotic…immersive” (Echoes from the Void) and “wonderfully stylized” (Projected Figures).

A secret government agency watches over the Tangle from within technology safe rooms, locations impermeable to the nanobots that make up the Tangle. 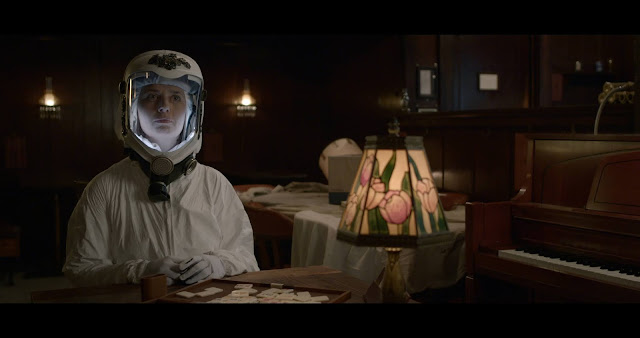 Swarms of microdrones fill the air, the water, our very blood. In this world, it is impossible to keep a secret anywhere but in your S.O.L. (Secure OnTangle Line), a quantum encrypted hard drive implanted in your brain.

A secret government agency called the A.S.P. (Army of Simply Purity) watches over the Tangle from within technology safe rooms, locations impermeable to the nanobots that make up the Tangle. When the A.S.P. field agent Margot Foster is murdered in one of these rooms, an abandoned speakeasy, it’s the first murder in California in three years.
The main suspect is Carter Carmine, a private detective, who used to work with the agents of A.S.P. on a program called the Cleopatra Squad. Cleopatra created the Tangle. Married A.S.P. agents Edward Banderas and Laurel Arrow have brought Carter to one of the safe rooms after surgically removing his S.O.L. from his brain. Carter was following Margot just before her murder. He has a motive, and he is one of the few in the world with the technical expertise to hide from the Tangle. The agents use the Tangle information to badger Carter: they know his movements down to the millimeter, down to the millisecond. He is clearly hiding something.

Eventually, everybody is a suspect and every secret gets exposed: a conspiracy between Margot and Edward to curtail Cleopatra’s power over the Tangle, Edward, the man of duty, caught having an affair, the hidden connection between Laurel and Carter, the real identity of Cleopatra and, finally, the real explanation for Margot’s murder. Eventually, the agents must rush into the world scrounging through obsolete technology to solve the murder and stop the collapse of the Tangle, the world as they know it.

Damn Warrior Productions In Association with SitkaBlu Productions present THE TANGLE, on VOD March 19
The Trailer:

The 411:
I loved the dialogue on this slow moving movie and there is a lot of it. Pages and pages of text all mostly happening in one room. It is all about what they are saying. For a Science Fiction movie it wasn't my cup of tea but that doesn't mean I wasn't interested.
The premise is interesting. You cannot hurt yourself or each other because we are all controlled by Nanobots. Violent crime no longer exists but when an agent winds up dead with her head bashed in and no clues, an investigation is underway with no stone ahhhh uh cough, Tangle, left unturned.  BTW that bashed in head scene was hard and much of it off camera!
My least favorite part is the agent calling the suspect shiny shiny over and over, at least I think that is what she kept saying. UGH. Other than that if you like to listen to your movies, really listen, this is for your. Definitely different.
Disclaimer: I received a complimentary product for my honest opinion. NO monetary compensation was offered.