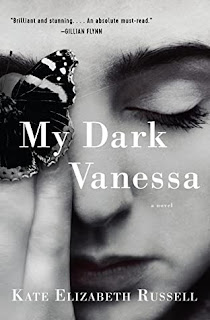 Exploring the psychological dynamics of the relationship between a precocious yet naïve teenage girl and her magnetic and manipulative teacher, a brilliant, all-consuming read that marks the explosive debut of an extraordinary new writer.
2000. Bright, ambitious, and yearning for adulthood, fifteen-year-old Vanessa Wye becomes entangled in an affair with Jacob Strane, her magnetic and guileful forty-two-year-old English teacher.
2017. Amid the rising wave of allegations against powerful men, a reckoning is coming due. Strane has been accused of sexual abuse by a former student, who reaches out to Vanessa, and now Vanessa suddenly finds herself facing an impossible choice: remain silent, firm in the belief that her teenage self willingly engaged in this relationship, or redefine herself and the events of her past. But how can Vanessa reject her first love, the man who fundamentally transformed her and has been a persistent presence in her life? Is it possible that the man she loved as a teenager—and who professed to worship only her—may be far different from what she has always believed?
Alternating between Vanessa’s present and her past, My Dark Vanessa juxtaposes memory and trauma with the breathless excitement of a teenage girl discovering the power her own body can wield. Thought-provoking and impossible to put down, this is a masterful portrayal of troubled adolescence and its repercussions that raises vital questions about agency, consent, complicity, and victimhood. Written with the haunting intimacy of The Girls and the creeping intensity of Room, My Dark Vanessa is an era-defining novel that brilliantly captures and reflects the shifting cultural mores transforming our relationships and society itself.

Wow this book was very hard to put down. I found myself struggling between rage, sadness and humiliation. As a child of abuse I wanted to rip Jacob Strane's heart out. He disgusted me and made me angry.

For all those who who during this "Me Too" Movement that we are in ever wondered why did she/he not tell someone...this book answers why.

Vanessa is a young girl sent to school away from her parents I do not remember why. Mr. Strane, one of her teachers is a deviant bastard who romances her, defiles her and uses his power as her instructor to literally rape her having her believe it was all her doing. The subject matter as revolting as it is is written beautifully.

This fast paced book goes back and forth between young Vanessa and older Vanessa. The author does an amazing job of forcing us to see the manipulation of an older man using mature methods on an impressionable young girl and how the garbage he feed her as a minor still sits with her years later.

There are so many things I could hit on that really sat with me even now but then I would be typing an entire book of my own.  The title My Dark Vanessa is what Vanessa's teacher called her. He told her that she was as dark as he was. There was nothing I liked about Strane. Fortunately the author doesn't make him a victim or likable in any way.

My Dark Vanessa is disturbing but Kate's writing is masterful because even I was angry about the direction of the book I devoured it in a few days. Reading it early in the morning before the kids woke but thought of it all day.

Side note: This reads as a memoir. I had to keep reminding myself that this was not an autobiography but a well written first novel from a talented author.