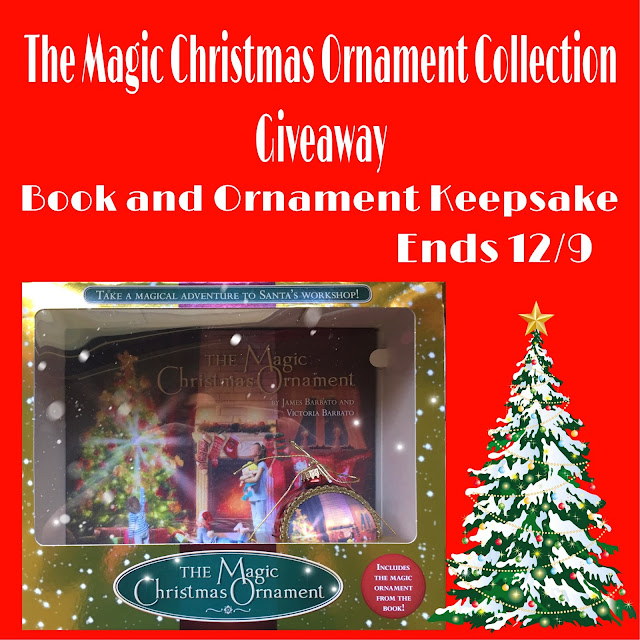 About the Story Christmas Eve is a dazzling, special time...especially when your family's favorite Christmas tree ornament has magic powers! On one enchanted Christmas Eve, Victoria, Joseph, and John gather around the fireplace to hear their father’s story about this favorite Christmas ornament. After their parents go to bed, the children discover the true magic of the ornament as it sweeps them from their home and directly into Santa’s workshop!

This is such a cute idea for a family gift or a gift from your Christmas Elf. The kit comes with a book and an ornament. The ornament has a picture from the book on each side of the ornament. Such cute packaging too! Very festive. 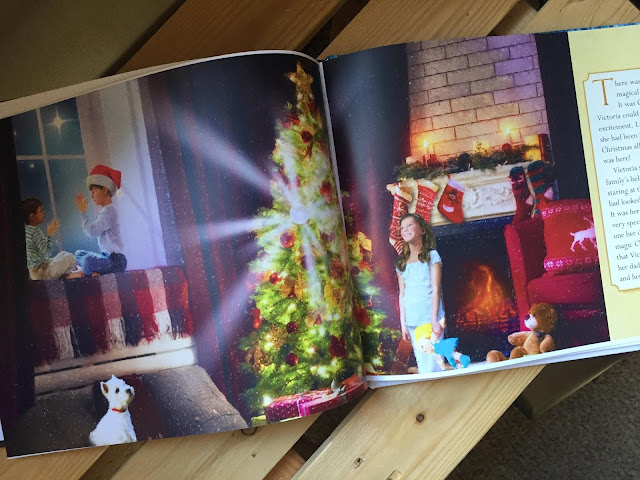 The book is a story of The Magical Christmas Ornament. In the story a family sits together as a father tells his children the story of the magic Christmas ornament he had as a child. After he tells them the story and they all head to bed the kids sneak downstairs and after a blast of cold air they find themselves outside. They spot some little tiny footprints which they follow to a tree. Suddenly they are in Santa's work shop where they see Santa and an elf named JJ who tells them about Christmas Magic and gives them an ornament off Santa's tree. 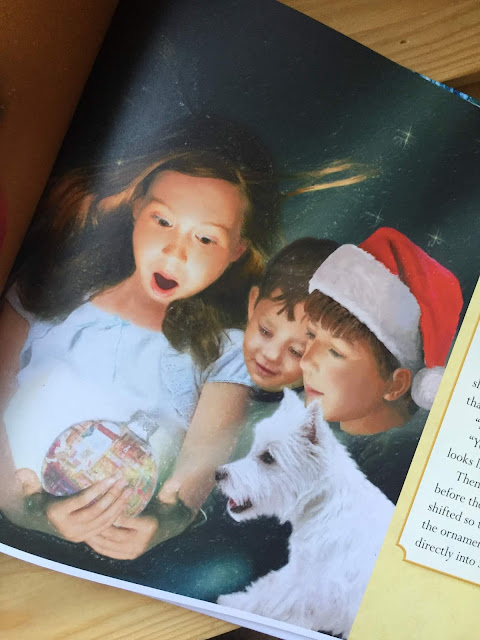 He explains that they came their with Christmas Magic eventually they are outside by the tree and one of the children place the ornament inside the tree and JJ tells them that the magic of Christmas lives inside them always. 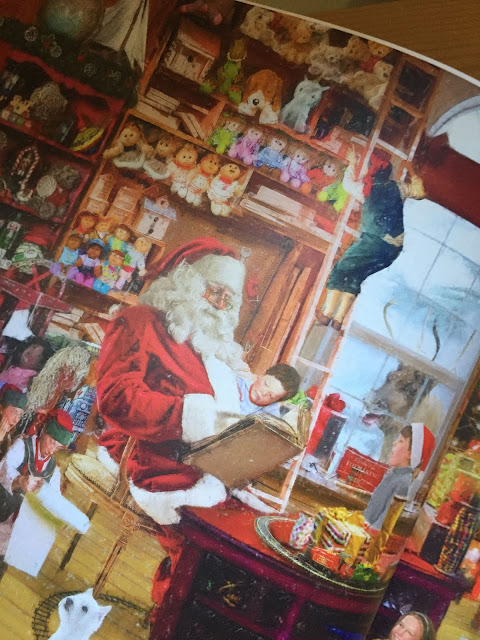 The kids find themselves home and discuss how JJ had the same tie as daddy. Hmmm...could it have been their daddy?

I think the story is cute and a little bit of Peter Pan, The Lion, The Witch And The Wardrobe mixed with Tim Allen's The Santa Clause. Only instead of a snow globe there is a Christmas ornament.

I think the pictures are whimsical and I love the inclusion of the dog. Very cute!

Oh and I think I should mention that a portion of the proceeds from the book sales will be given to Toys 4 Tots.

Jim's father, Sylvester (Ziggy) Barbato, was one of nine children from an Italian immigrant family. Ziggy often told Jim that his family was too poor to afford toys for their children, but he always vowed that his children would experience the spirit of Christmas. THE MAGIC CHRISTMAS ORNAMENT is an original story created by Jim and Victoria Barbato. Writing this story allows our family to share the magic of Christmas?and all of its excitement?with yours. It?s ideal for reading aloud to children of all ages.

Enter the Giveaway by filling out this form before December 9th