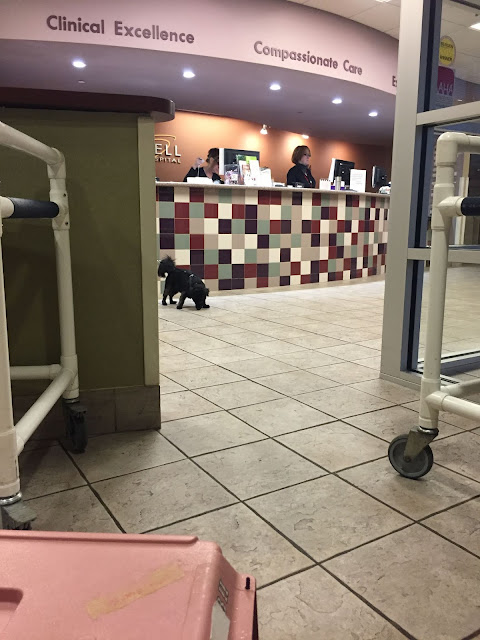 On September 18th I wrote that my cat Jinxy a rescue from the shelter I worked had a fracture in the growth plate of the ball joint in his right hip. He probably had this forever. He came into the shelter very sick and was unable to hold up his back end. the volunteers there worked with him and put mats down in his cage to give him traction and he seemed fine when I adopted him.

At his first vet visit he was only 2 pounds. 2 months later at 7.5 pounds he was limping and the x-rays showed the fracture. It is probably something that never healed and his own weight was the problem. I felt so bad because in retrospect this cat was slower the my other two, climbed, ran and jumped less than the others, when we pet him he would bring his whole body to the floor while still standing and using the litter box would sit in a very strange way with his hip completely open and the leg almost flat to the the litter. I just thought this was his personality. Now that I know it was a hip thing I feel bad that he suffered before we knew. 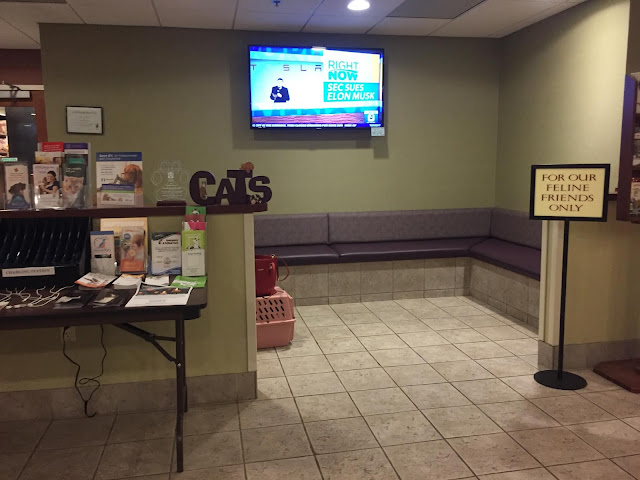 I brought him to the animal hospital that every doctor suggested and they were amazing. I gave him over to the ER doc who took him and the x-rays telling me she would look it over with the surgeon. An hour later I was told that the only surgery option for the situation was a Femoral Head Osteotomy.  Once the femoral head and neck are removed the muscles and developing scar tissue works to support the area and acts like a false joint. When he moves his limb the force is transferred to the pelvis instead of the leg.  His leg will be slightly shorter but he will do amazing well and resume his normal activity after the surgery. 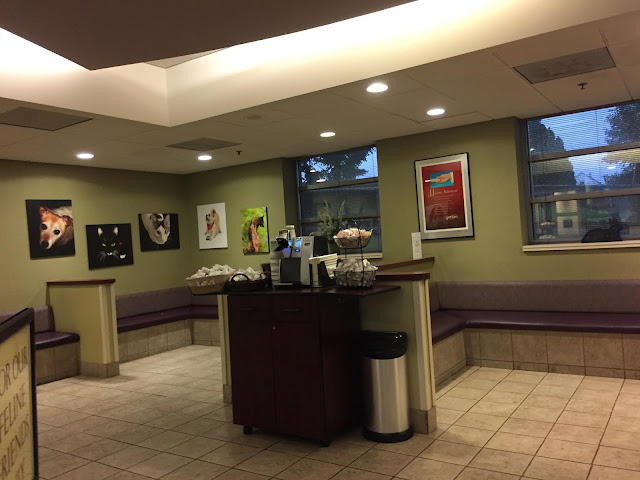 Sounds great as he was in a lot of pain and living on pain killers and in a cage so he didn't hurt himself more. BUT...I had no idea that when I handed him over at 9:00 am yesterday that it would be the last time I see him until I pick him up. I felt so guilty that I just left him. I thought we would be scheduling a surgery not leaving him there for surgery. It is better for him but I had such guilt.

Last night I called the hospital 2 times because when I left at 11 am I was told I would get an update call and I still was unsure as to whether he had surgery yet or not. Finally at 9:45 I was told that he had not had surgery but that he ate and his surgery would be scheduled for today. 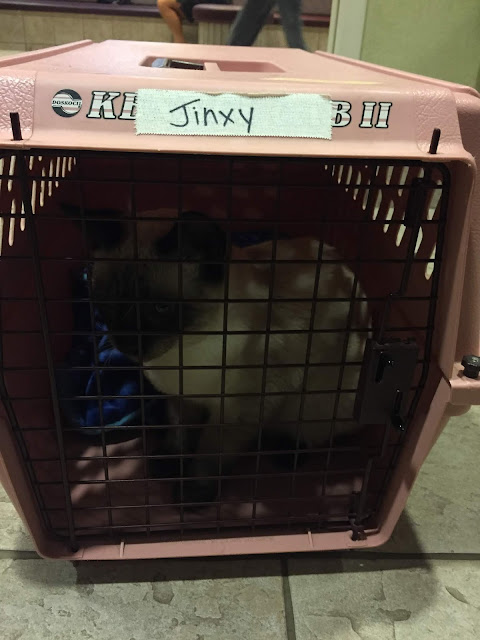 Hoping to hear something! It is 11 am now so I left 24 hours ago...I miss him dearly and pray everything will be Okay. I know he is in good hands even if the communication wasn't up to par.

More on Jinx when I know.

Email ThisBlogThis!Share to TwitterShare to FacebookShare to Pinterest
Labels: my cats