Dave Made A Maze Is Genius! Blu-ray #Giveaway 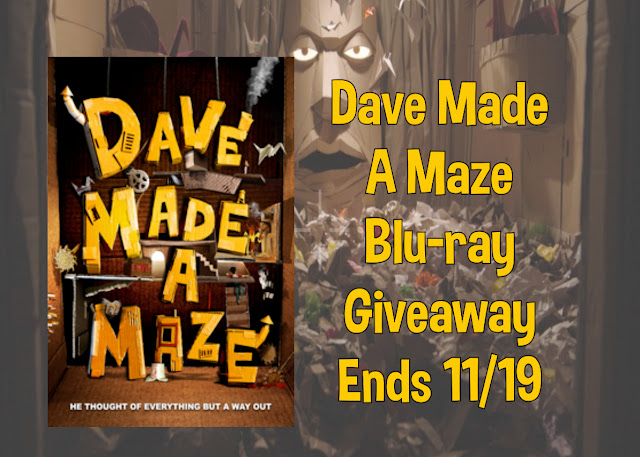 “Creative, inventive, compelling… Dave Made a Maze is all of those things, a one-of-a-kind movie from director and co-writer Bill Watterson.”
– Richard Roeper, Chicago Sun-Times

Dave (Thune), an artist who has yet to complete anything significant in his career, builds a fort in his living room out of pure frustration, only to wind up trapped by the fantastical pitfalls and critters of his own creation. Ignoring his warnings, Dave’s girlfriend Annie (Kumbhani) leads a band of oddball explorers on a rescue mission. Once inside, they also find themselves trapped in an ever-changing supernatural world, threatened by booby traps and pursued by a bloodthirsty Minotaur. 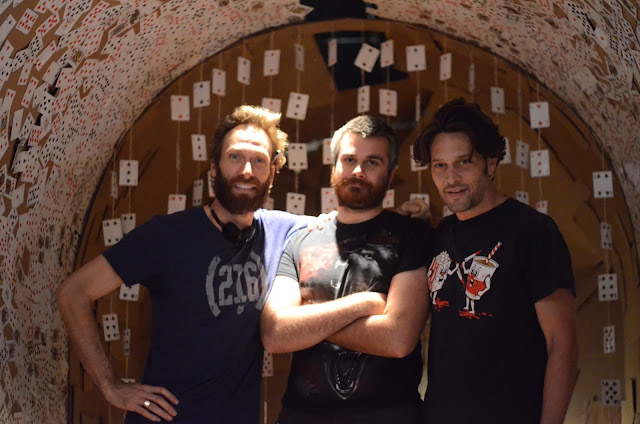 Dave Made a Maze, which has been translated into 11 languages, enjoyed a successful international tour to more than 50 festivals in 20 countries, winning several festival honors. Its theatrical and VOD bow was on August 18.

"We wanted to re-imagine classic 80s adventure films with a comedic edge and a higher body count. To reignite that tactile sense of wonder triggered by those films, we played in the sandbox of old-school practical effects – puppetry, miniatures, stop motion animation, and in-camera optical illusions,” said Director Bill Watterson. 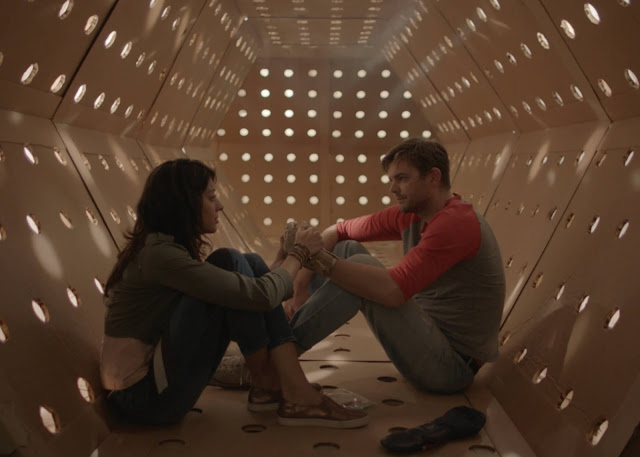 Dave Made a Maze comes from the minds of first-time director Bill Watterson and his co-writer Steven Sears. John Charles Meyer and John Chuldenko produced; Carlos Cusco and Emerson Machtus (The Little Hours) are Executive Producers.

OK...this was one of those movies were when it started I was like WHAT?! But 10 minutes in I was completely engrossed in the genius of it. It is exactly what we look for when we sit to watch a movie we have never heard of. It was pure and utter fun. A bit campy, a bit scary and an interesting ride!

If you are looking for something different and creative give this a try. You won't be disappointed!

Dave builds a maze that is funny and scary.  It goes on and on. My cardboard forts never looked like this. I never got lost and definitely never came upon a minotaur.

ABOUT GRAVITAS VENTURES
Gravitas Ventures is a leading all rights distributor of independent cinema. Founded in 2006, Gravitas connects independent filmmakers and producers with distribution opportunities across the globe. Working with more than 500 content partners, Gravitas Ventures has distributed thousands of films into over 100 million homes. Recent releases include Score: A Film Music Documentary, California Typewriter, Elián from Academy Award® winning Executive Producer Alex Gibney, Katie Holmes’ feature directorial debut, All We Had, Colin Hanks’ All Things Must Pass, Being Evel from Academy Award  winning director Daniel Junge and producer Johnny Knoxville, Backstreet Boys: Show ‘Em What You’re Made Of, and For The Love of Spock from Director Adam Nimoy.


Disclaimer: I received a complimentary product for my honest opinion. No monetary compensation was offered or received. All opinions are my own.