Create The Best "Fake News" Headline And Win The Game 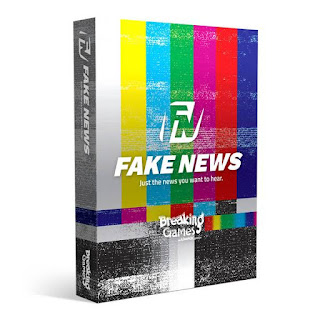 
May the Best Headline Win!

Score points for the most hilariously believable headlines using Image and Topic cards for the chosen Audience, because everything else is just FAKE NEWS! 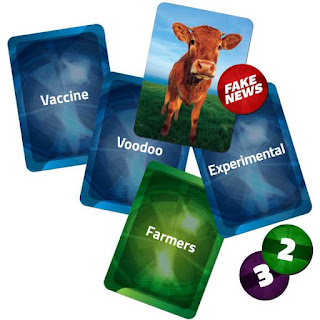 I had this on the lunch table at work so we could all check it out. Everyone loved the name Fake News. Our only wish was that it could be played with less than 4. We were usually 2-3 people at any given time. However we all think in a group this game would be so much fun. 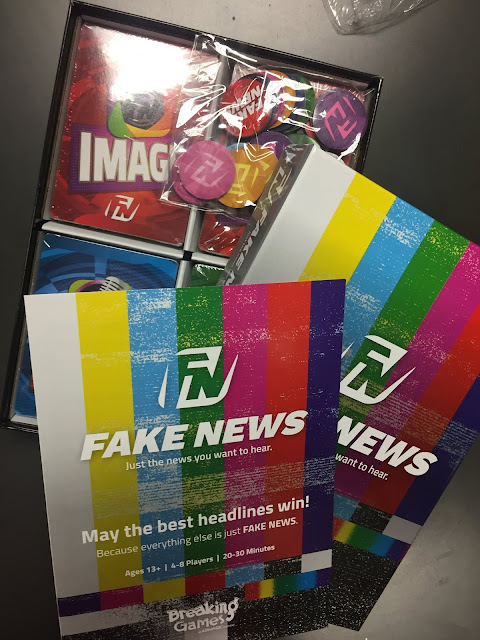 Basically you have to come up with the best headline. There are a few ways to get points in the game and a few ways to play. Even though we couldn't review the conventional way it was a blast to try to create headlines with the cards.

Since we were always under 4 people at one time we placed a bunch of pictures cards around the table and each had topic cards in our hands that helped us create the headlines.  Then we put an audience card on the table face down. After saying our headlines out loud, we asked anyone who came in the room for copies to pick the winners based on our headlines and the audience card. It was a lot of laughs and I cannot wait to play with more people so we can each have a turn playing the audience.  Bringing to my in-laws so I can play with the family on Christmas.