Need To Read Book Alert! The Glimmers Save Christmas 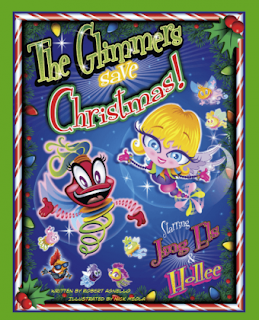 WHILE SAVING SANTA AND HIS SLEIGH, ONE ELF TEACHES CHILDREN ABOUT FAITH AND HOPE

Award-Winning Writer Robert Agnello Shares Larger Message About the Power of Good That Lasts The Whole Year In THE GLIMMERS SAVE CHRISTMAS
There’s trouble at the North Pole. With Faith and Hope at perilously low levels, it looks like Christmas may have to be cancelled this year. Now, Yuletide’s only chance lies with Jing Els and Hollee – the Glimmers - in THE GLIMMERS SAVE CHRISTMAS (On The Lamb Productions; October 2018), the third book in the series by award-winning writer Robert Agnello and illustrator Nick Meola. 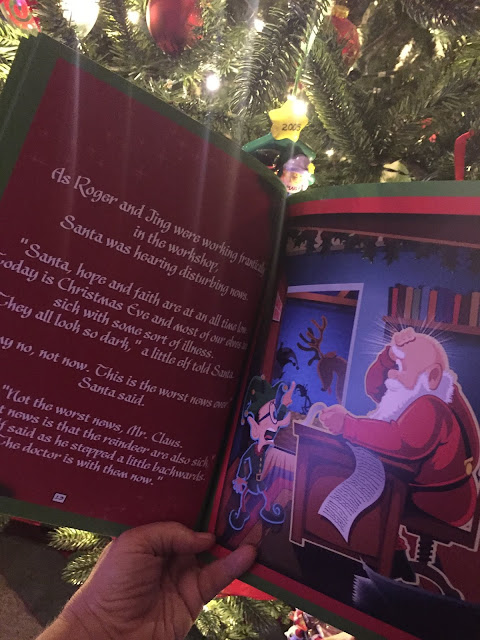 The situation in Christmastown is grim. All the reindeer are sick with “can’tflyitis” and in the toy workroom, the other elves are feeling dim and weak. Despite the dismal outlook, Elf Extraordinaire Roger keeps working away, making presents for girls and boys all over the world so that Santa can deliver them on time. It’s his hope and faith that brings some unexpected assistance just in time to save Christmas. 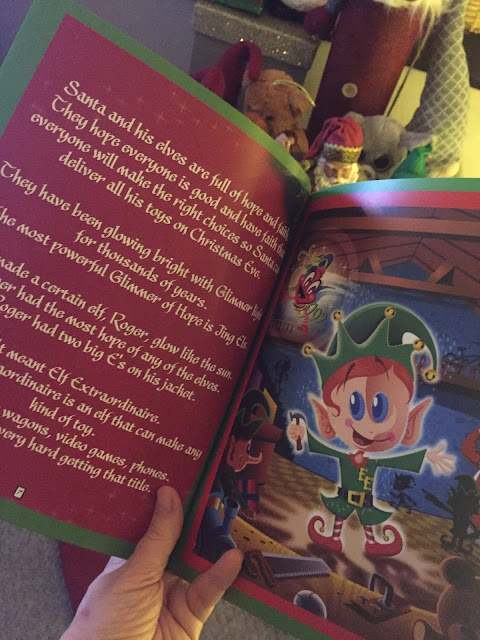 Meet the Glimmers. Glimmers are tiny beings of light that make everything good glow. When we make bad choices, our Glimmer lights fade and turn into Dimmers, but when we start making good choices again, our Glimmers will glow all the brighter. Jing Els is a Glimmer of Hope and Hollee is a Glimmer of Faith. Roger’s certainty that Santa will deliver his presents to good little girls and boys, and working feverishly to get all the toys ready, makes Jing Els and Hollee shine brilliantly. Roger’s belief also enables them to recruit other Glimmers and help Santa’s sleigh fly once more. Together, the Glimmers show that the spirit of Christmas can glow brightly even in the darkest of times.

The Glimmers books focus on virtues – truth, respect, hope, compassion – that will inspire children to make this a better world for us all. “I hope The Glimmers help parents, family members, and teachers have a larger discussion with the children in their lives and show them how they can become a force for good,” says author Robert Agnello.

###
ABOUT THE AUTHORS
Robert Agnello is an Emmy Award-winning artist and award winning author. He has written music for TV shows, including Carmen Sandiego, Out of the Box and Pete and Pete, and has performed as a musician and toured worldwide with The Spencer Davis Group and other bands. His books, The Glimmers Starring Ruby Shroo and Eli The Snazzleraffer, both won Mom’s Choice Awards. He is also the author of The Glimmers Introducing Ignate Knorr.  Being a dog rescuer is also one of Robert's passions.
Nick Meola is the artist behind The Glimmers books. Since receiving his Bachelor of Fine Arts from the School of Visual Arts (SVA) in New York City, he has become a nationally recognized character illustrator.

I am love with the idea of this book. It is based on huge lesson that I have been teaching my kids since they were toddlers and one that I think has been missing from many people these days. Shine bright, make good choices, be respectful and you are a Glimmer but if you are not making the right choices, telling lies or being dis-respective you are a Dimmer. No one wants to be a Dimmer.

Well, the story goes that the elves at the North Pole who should be working on presents for the new year were feeling all the negative energy from the world. The world is less hopeful, less faithful and less good which was affecting all the elves but Roger who thankfully has the help of Hollee a bright Glimmer of Faith.

Santa was getting the bad news about the world being at an all time low with faith and goodness but even more than that the elves were fainting and the reindeer were sick with can'tflyitis. Thankfully Roger had hope and faith and some friends who helped him get save Christmas so that Santa could get toys to all children making good choices.

It is a wonderful story of how seeing the bright side of things can make all the difference in your life. Fill your life with good and postitive people and there is nothing you can't do!