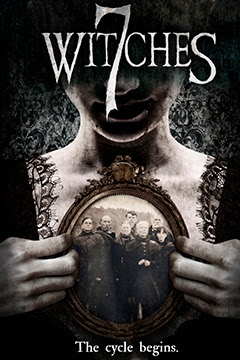 As their big day approaches Cate and Cody should be celebrating, they’ve got their family with them, they’ve rented an island for the big day, but unbeknownst to them their wedding falls on the day when a 100 year old curse comes to fruition. Instead of celebrating they find themselves fighting for their lives as a coven of witches rise for revenge. 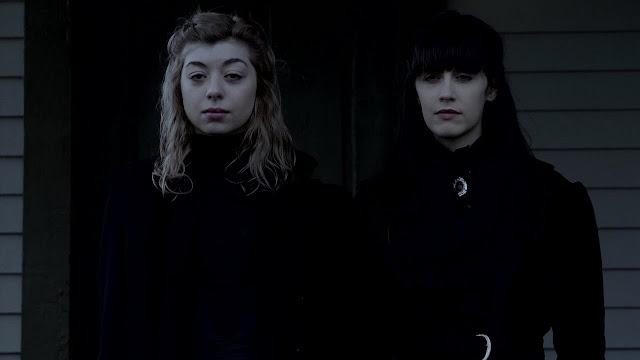 Here is what I know: The family has always met with persecution no matter where they have gone. They came to America because it is the land of the free but even here  things have been tough. I am assuming they were also persecuted here. There is supposedly some 100 year curse and I again need to assume that with their daughter's wedding they will perform some ritual that will turn the curse around. 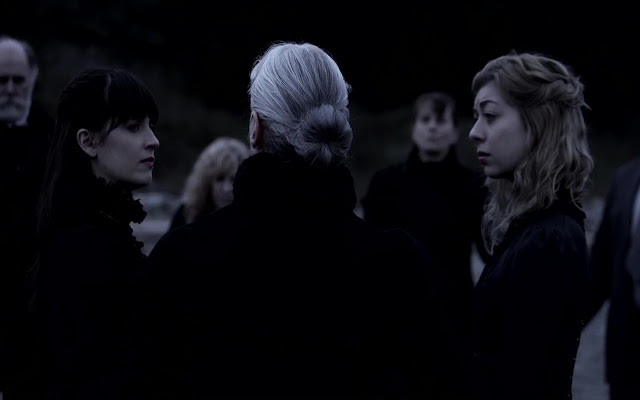 Not the best horror movie I have ever seen and absolutely not the worst but since the movie has a problem really developing in story line or characters I am going to post the notes I took while watching
Kate and Cody who are breaking off their engagement have met up with her dad, dad’s wife, aunt and grandpa to come to celebrate Kate’s sister Rose getting married to Agatha or Aggie as she is referred to in the movie. The wedding is taking place in Aggie’s home town. Aggie is a little different and Kate notices that Rose is dressing like Aggie even asking when she sees her finally if she is now "Amish" due to the long, black Victorian dresses the ladies are wearing.

Grandpa wanders off and Kate heads out to find him running into a Victorian clothes wearing dude who ends up being the brother of Aggie. While searching she watches someone walk into the water and never resurface. 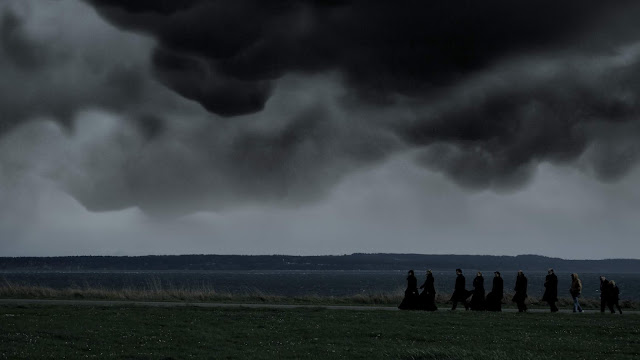 Aggies family are interesting. They all wear black and speak of Salem.

Kate and her aunt head out to get high and come upon Aggie and Rose in the woods kissing and realize what they originally thought was a passionate moment is some weird ritual with fire and a branding iron.
There is a sex scene with Rose, Aggie and Cody with all of Aggie’s family watching in the dark of the woods.

I really enjoyed the darkness. Lots of black, sepia, shadows, clouds, crows. The only time I noticed color was when there was red featured in the scene and Kate's jacket.

The Victorian clothing against the cloud heavy grey skies and grey water were all clues that this NOT is your normal wedding but something a little sinister and funeral like. I am not sure why I was shocked at the outcome but I was!

This isn't a film for all but if you are into Indie Horror movies this deserves a look.

To Purchase on Amazon

Disclaimer: I received a complimentary screener to view the movie. No monetary compensation was offered. All opinions are my own.