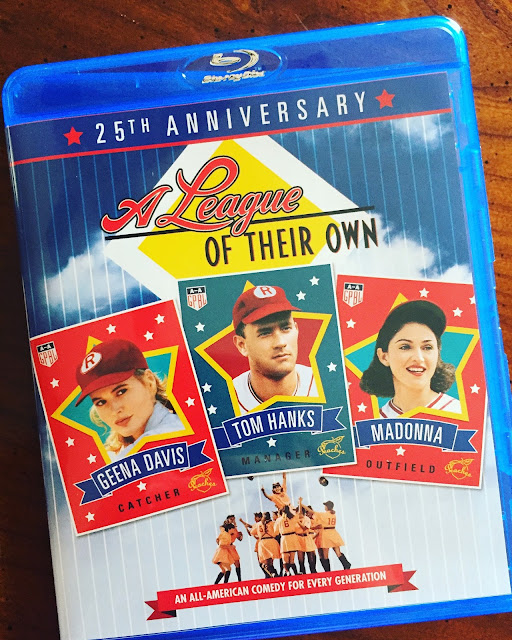 An All-American Comedy for Every Generation

Bonus Materials Include the All-New Featurette
“Bentonville, Baseball & The Enduring Legacy of A League of Their Own”


Has it really been 25 years since Tom Hanks, Geena Davis and Madonna hit one out of the park with the all-American comedy A LEAGUE OF THEIR OWN? On April 18, Sony Pictures Home Entertainment celebrates the 25th Anniversary of the iconic, memorable and relevant comedy favorite when A LEAGUE OF THEIR OWN returns to Blu-ray in an all-new special anniversary edition.

This anniversary edition includes the all-new bonus featurette “Bentonville, Baseball & The Enduring Legacy of A League of Their Own,” an unforgettable visit to the annual softball game at the Bentonville Film Festival, featuring all-new interviews with Geena Davis, and more. The Blu-ray also includes hilarious and insightful archival special features, including 15 deleted scenes, a documentary featuring interviews with the cast and filmmakers, Madonna’s “This Used To Be My Playground” music video and a filmmaker commentary.

Synopsis:
Celebrate the 25th anniversary of this hilarious and beloved comedy starring Tom Hanks, Geena Davis and Madonna. Hanks stars as Jimmy Dugan, a washed-up ballplayer whose big league days are over. Hired to coach in the All-American Girls Baseball League of 1943 – while the male pros are at war – Dugan finds himself drawn back into the game by the hearts and heroics of his all-girl team, led by the indomitable Dottie Hinson (Davis). Lori Petty, Rosie O’Donnell and Jon Lovitz round out the all-star roster. Based on the true story of the pioneering women who blazed the trail for generations of athletes. 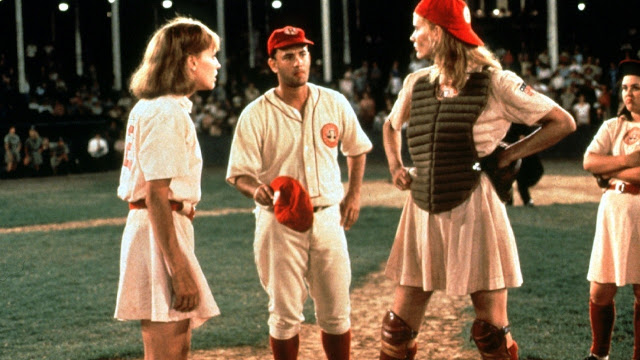 Directed and Executive Produced by Penny Marshall from a screenplay by Lowell Ganz &
Babaloo Mandel and based on a story by Kim Wilson & Kelly Candaele, A LEAGUE OF THEIR OWN is produced by Robert Greenhut and Elliot Abbott.

A LEAGUE OF THEIR OWN Blu-ray Bonus Features Include:
ALL-NEW: “Bentonville, Baseball & The Enduring Legacy of A League of Their Own”
ALSO INCLUDES:
§  15 deleted scenes
§  Nine-part documentary featuring interviews with the cast and filmmakers
§  Madonna’s “This Used To Be My Playground” music video
§  Filmmaker commentary
§  Theatrical trailer

A LEAGUE OF THEIR OWN has a run time of approximately 128 minutes and is rated PG for language.
Academy Award® is the registered trademark of the Academy of Motion Picture Arts and Sciences. 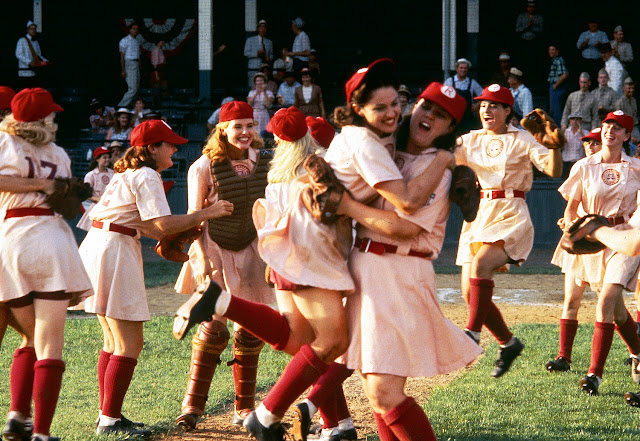 When this movie came out I LOVED it. It starred Geena Davis who I loved from Earth Girls Are Easy, Beetlejuice, The Fly and Thelma and Louise. Madonna, Rosie O'Donnel and Tom Hanks and was director by Penny Marshall. Hello...Laverne from Laverne and Shirley. This was a must see back in the day. I loved it for the actors involved but now I love it for the story of these woman who played baseball for the nation while our boys were at war.

Geena Davis stars as Dottie Hinson a married woman who at the height of the war in 1943 was approached by a scout played by John Lovitz to play for one of the American Girls Professional Baseball League. She won't go unless her sister Kit also goes.   Together they try out and make one of the 4 teams "the Peaches!". The outfits were meant to sexualize the woman and are told to wear them or go home.  The commercials that introduced them had them applying make up, powdering their nose on the field and pouring coffee.

There were many who were against the onset of this after all "what kind of girls will our boys come home to?" The girls are heckled from the stands with idiot comments like 'Girls can't play ball" and "Watch out I might break a nail." BUT these girls meant business and went on to play in the World Series and eventually ended up in the Baseball Hall of Fame. 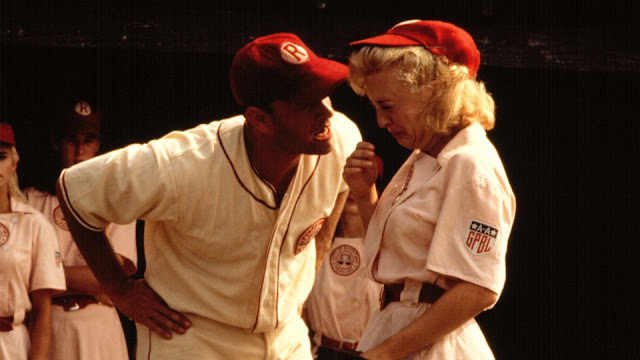 While the movie has a serious tone it is funny with great lines like "there is no crying in baseball", "boy that was some good peeing", and "I am sorry I am going to have to kill your son" to name a few.

What I loved about this movie is how many woman are in it. I loved the feel of the 40's which was depicted beautifully.  The clothing, the hair, the tone. I LOVED it. I didn't love all the smoking.  There are a few lewd lines like " Did anyone ever tell you, you look like a penis with that little hat on?" and  "Great game, Jimmy. I especially liked that move in the seventh inning when you scratched your balls for an hour."

There really is so much to love here. Jimmy pulling himself together. The sisterhood of these girls. The dance scene, etc! David Lander (Squiggly) from Laverne and Shirley announcing.    Madonna teaching another player how to read.  Dottie and Jimmy giving play signs from the dugout was hysterical.

This strong female cast is a MUST! If you have never seen the movie see it. If you have, see it again!

My 12 and 13 year old thought it was funny and now my daughter wants a pair of saddle shoes.

Disclaimer: I received a discounted product for my honest opinion. My star ratings are exact based on Amazon's star descriptions. My reviews are 100% honest and true based on my personal opinion not on a company’s description or request. I am not employed by any company I review for. No monetary compensation was received.