The Fifth Sister From Victim to Victor Overcoming Child Abuse


Did you know that 1 in 3 girls will be molested by the time they are 18 and 1 in 5 boys? 90% of these molesters are either known or loved by these children. 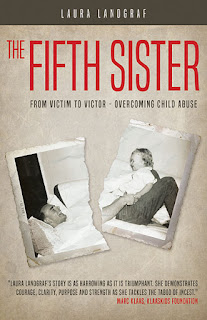 Laura Landgraf (www.lauralandgraf.com), nationally-recognized author, activist, and speaker on overcoming child sexual abuse, has completed her first memoir “The Fifth Sister: From Victim to Victor – Overcoming Child Abuse” (Empower Press, April 11, 2016): a compelling and intimate story about the crushing impact of psychological, physical, sexual, and spiritual abuse, the burning desire to transcend the family script, and the gritty determination to succeed.

The Fifth Sister, is all about children—her five sisters and Laura’s own children. The book spans two continents and three decades. Laura’s father—who impregnated her oldest sister—avoided consequences in the United States by moving to Africa. When her children were threatened, Laura went undercover and found her father’s latest victim. Armed with that and her sister’s deposition, she proved a 30 year history of child sexual abuse.

Readers who have experienced sexual or physical abuse will find their anguish validated by The Fifth Sister. Those who have not faced this trauma will gain a deep understanding of dysfunctional families with much to hide. Ultimately, however, The Fifth Sister is a story of hope.

The statistics above scare the crap out of me. As a mom of a young boy and girl and a victim of child sexual abuse I know that usually the degenerate is someone the family knows. I say degenerate and will always say degenerate. Keeping my kids safe is something that takes careful planning because I refuse to let them out of my sight but they also need to live their lives. I am deadly afraid of someone hurting them. In the book The Fifth Sister by Laura Landgraf she writes of abuse that lasted 30 years at the hands of her very own father, for me it was my grandfather.  Laura speaks of emotional and sexual abuse and how as a child she would take off on long horse rides to escape the house of horrors. It was hard to hear the way her mother ignored and blamed the girls. It was very hard to hear the girls discuss the abuse and how they push those memories so far under that they believe the pieces to be dreams. It was very hard to read the scene that has Laura walking in on her young children playing a game called "tiger" with her father their grandfather that she remembers was a prelude to molestation. It killed me to know Laura had to endure abuse at the hands of her husband and that her children had to bare witness. However through all of that Laura writes with honesty, with integrity but not as a victim, she writes as a winner. She writes as someone who didn't let her history define her as a person but as a victor.  I was thrusting my arm in the air in victory when Laura finally gets the support she needs to move forward. Good mothers will go to any length necessary to protect their children. We will die for them.

When I told a friend about the book they asked if it was sad. My reply, "No, not at all. You would think so but she didn't write it as a victim. I never felt Laura was a victim she was a warrior and in my eyes she always will be. You should read it."