The Teddybear That Empowers Our Children


Keeping my kids unplugged means a lot to me. I think there is so much that kids are missing out on due to their being plugged into every gadget. Remember a time when it was discussed that TV rots the brain because it kept kids glued to it.  My family called it the "idiot box". The "idiot box is the least of our worries these days as more and more kids are glued to their phones, iPads, iPods, computers and game systems.  My kids don't have a phone or iPad type things yet but they do have computers and like many kids You Tube has become their personal TV. They can find something on anything that comes to their mind. It is a scary world and forget patience. They get instant satisfaction with the internet. Dream it up and you will find it. It is amazing what you can find on the internet if you know how to Google. BUT...this comes with it's draw backs too.
Kids also feel less powerful. They make everyone else the rock star but cease to do amazing things for themselves. On this little screen your child holds in your hands, the "Stars" of You Tube are making millions while you child watches and re-watches their videos. Whatever they are doing. Drawing, unboxing, singing, dancing, gaming...whatever it is..your child is watching and thinks that person is amazing but your child doesn't see how amazing they are. When I say your I mean mine! I mean everyone.
My kids along with so many other kids in this country think the people they watch on You Tube are incredible and I am sure they are however...our kids sit around waiting for these people to post their next video...well...I think it is time we show our kids they are the amazing person. They are the rock star. They are the one to be like which is why I support BuppaLaPaloo
BuppaLaPaloo!  An interactive teddy bear that joyfully encourages children to love themselves!
Today’s children need to connect, feel empowered and be full of love!
Put away the iPads and cell phones, and allow your child to connect with a teddy bear that teaches them strong, powerful, fun statements to reinforce how special they really are.  I love me!, I love my body!, I love to laugh!, I am so loved!, are some of the joyful sayings that the bear says to the child, that the child repeats back to their best friend in first person. Psychologists agree that a child’s personality and basic life pattern is firmly embedded by the ages of 4-7. Early childhood self-love is so vital to children because it is the core of how they interact with the world.
The interactive toy works with a press of a paw.  A positive, empowering message is delivered from one paw, and it offers the opportunity for the parent or child to record something special of their own on the other paw! BuppaLaPaloo will help children learn to feel empowered and full of love! 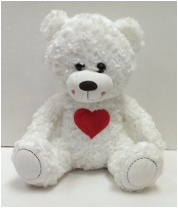 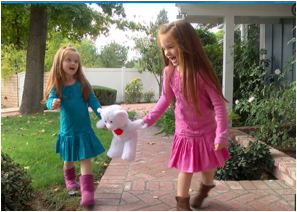 BuppaLaPaloo was founded by Dee Wallace, an internationally known actress with a resume of over 130 films, 4 series, and 200 commercials. She is best known for her role as the mother in E.T., The Extraterrestrial.
Ms. Wallace earned her teaching credentials from the University of Kansas and has worked as a teacher, and as an intuitive life coach for over 30 years. Dee has expanded her love of teaching by sharing her principles that empower people. She conducts daily private sessions, has a radio show and is the author of five books. Her work is based on the principles of accepting responsibility, and loving ourselves early in life to create the lives we desire.
BuppaLaPaloo launched successfully on Kickstarter, hitting its goal and now is available online at www.buppalapaloo.com
The 411 by Maria:
BuppaLaPaloo came in all her white glory and hearts (one each on her front paws, two on her checks and the big red one on her heart. My first thought was to  present it to my daughter because it looked so feminine and soft. BUT the day BuppaLaPaloo arrive my son came home from school suspended. My son is a spectrum kid and this suspension was going to be a big deal (I will eventually write about it). It was going to require a manifestation meeting (more on that later) and more! My son was devastated, felt terrible, worried about me, (I work in the school) and worried about the unknown (what would this mean when his father heard, when his classmates heard, when everyone heard?)  He was completely drained and I felt terrible for him and me!
I pressed BappaLaPaloo's right hand and rerecorded a message to him.  I gave him the bear and pressed the paw so he could hear the message. I also pressed the left paw which has other self motivating, positive messages recorded. He loved it and has slept with it every night. In fact, it is sitting on his bed right now which is where I snapped this photo. 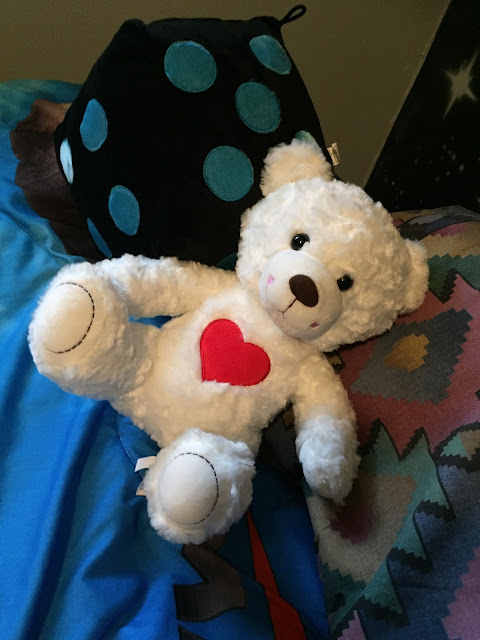 My Handsome went through a difficult time with this suspension but it brought us closer. He is a different boy and so am I. I learned a lot through his suspension, it was definitely an eye opener.  Thankfully He loves this bear and holds him close. Hopefully he finds comfort with it when he needs it most. As a child on the autistic spectrum he will need all the reassurance he can get at times in his life.   BappaLaPaloo will be around as long as he needs it. 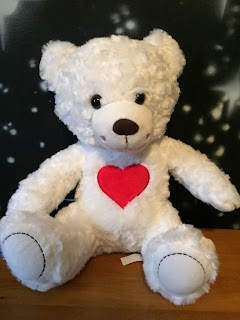 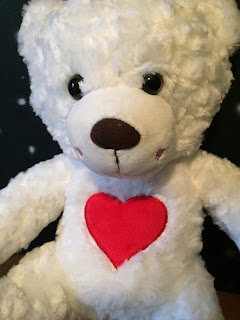 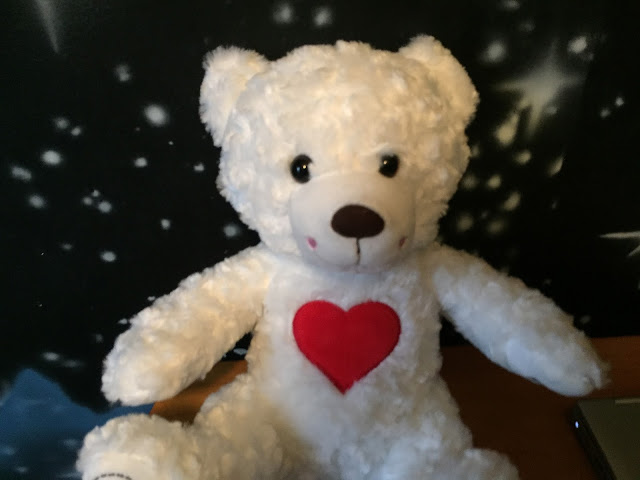 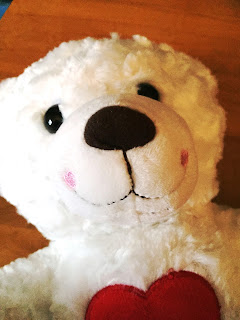 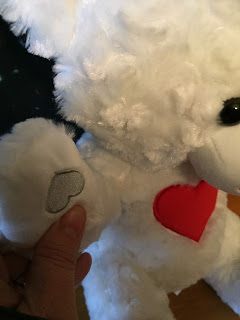 To Purchase for your own family or even for yourself visit the BuppaLaPaloo Store.
Disclaimer: I received a complimentary product for my honest opinion. No monetary compensation was offered.