What Boys Secretly Want To Be When They Grow Up 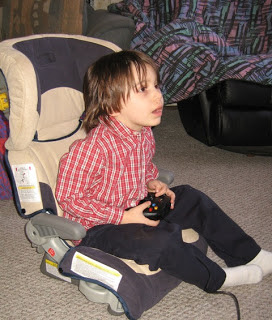 There’s plenty of research on the subject and for many years they’ve been coming up with pretty much the same results. We’re told boys want to become doctors or, at a push, the sage old choice of a train driver.

The reason for this is that if you put any 10-year-old boy on the spot you won’t get the answer they really mean and probably they’ll tell you what you want to hear. As I’m sure all boys will tell you, especially those that are no longer anywhere near 10 years old, the real list is much different.

I should point out that while all of these things, predictably, involve a great deal of running around, loud noises and blowing things up – they are in no particular order.

Of course, it’s a fantasy, but you can virtually guarantee that more 10-year-old boys spend their nights dreaming about blowing up the Death Star than being in an operating theatre. In all seriousness though, things like Star Wars have been the catalyst for the careers of many of our greatest scientists, both male and female.

This mantle is rapidly being taken over by ‘Superhero’, so we may well have Marvel to thank for our next generation of scientists.

Even from a young age, every boy can turn almost anything into a pretend car, and pull off the job of making the noise of the engine, including revving, gear changes and a spectacular screech of brakes.

The bigger the car the wider the eyes get, and the desire to be a racing car driver is the apex of this fantasy. Very few get to do this, but even the ones that find success in other fields still dream they can drive the latest Ferrari or Meet the Maserati Trofeo Lineup.

This one you might actually get as a real answer from a 10-year-old, even if it is broken down into Football/Basketball/Baseball player. This is before the money even matters and it’s all about the roar of the crowd and the exhilaration of winning.

Once the reality of that dream has passed though, you can still see it evidenced in the crowds and in front of TVs during every sporting event.

This is a new one on the list, but a desire that is becoming more prevalent. Out of all of the things you are most likely to be, this seems the most possible. It’s not as fantasy-based, as anyone with a phone (which is everyone really) can make videos and post them.

In time, it’s easy to see this actually expanding to becoming an ‘influencer’ and becoming their own brand – all of which, it has been proved is more possible than having Darth Vader in your sights.

There are also ‘wannabe’  train drivers, secret agents, and astronauts out there, but the chances are they’ll grow up to be mechanics, fashion designers, or yes, doctors – which is no great shame as there are very few vacancies for a Jedi.