“For more than a decade, young viewers, particularly English language learners, have strongly connected with Maya & Miguel, and we’re delighted to introduce even more kids and families to the spirited sibling stars and their engaging escapades with the upcoming launch on iTunes,” said Deborah A. Forte, President, Scholastic Media and executive producer and creator of the show. “Maya & Miguel was a groundbreaking success when it first premiered in 2004 and the show, with its emphasis on the importance of multiculturalism, friendship and family, remains just as relevant with today’s children and parents.”

As the Hispanic population in the U.S. continues to increase – Census Bureau data released in June estimates the numbers have grown to 54 million as of July 1, 2013 – it is more important than ever that all children see themselves and their cultures represented in the media.  The long-running Maya & Miguel TV series, airing on PBS KIDS (check local listings), chronicles the exuberant exploits of the dynamic duo, Maya and Miguel, along with their relatives and friends, set against the backdrop of a culturally-rich neighborhood. Showcasing a positive portrayal of Latino family life, language and cultures, the series aims to promote the value of a diverse society while supporting English language learning.
In addition to iTunes, episodes of Maya & Miguel are available for digital download in the LeapFrog App Center.
About Scholastic Media
Scholastic Media, the entertainment and media division of Scholastic, is a leading producer of quality, family-oriented content across multiple platforms, including film, television, video, mobile and web, and a major developer and marketer of children’s brands worldwide. Among its award-winning and top-rated television productions are the animated series WordGirl®, Clifford the Big Red Dog®, The Magic School Bus®, and I SPY™ as well as the live-action shows Goosebumps® and Animorphs®. Soup2Nuts, a division of Scholastic Media, serves as its digital animation studio and offers full in-house production services, including the development of original series, writing, recording, music composing, design, storyboards, animation, and post-production. Visit www.scholastic.com for more information.

Since we are raising a bilingual family mostly due to the fact that my children's Abuela's speak Spanish 80% of the time, we love shows like Maya & Miguel, Dora and Diego that explore different cultures and introduce our children to Spanish even if it is just a few words.

Maya & Miguel are great for my kids now that they are past the preschool/elementary age. Though the show only ran for 4 seasons, Maya and Miguel centers around twins (brother and sister) who are preteen age.

Maya is way more adventurous than her level headed brother Miguel and they have a ton of multicultural friends. We don't live in a melting pot of cultures and shows like these are really important because much of the world is a mish mash of people from different areas and I want my kids to see that everyone is the same.

We are thrilled to let you know that all 65 episodes of the energetic animated adventures of 10-year-old twins Maya and Miguel Santos are now available for download on iTunes in a collection featuring six volumes for hours of hilarious entertainment – and multicultural learning – anytime, anywhere! Here is the link!

To Celebrate Scholastic is giving away a fun Maya & Miguel Gift Package!!!! 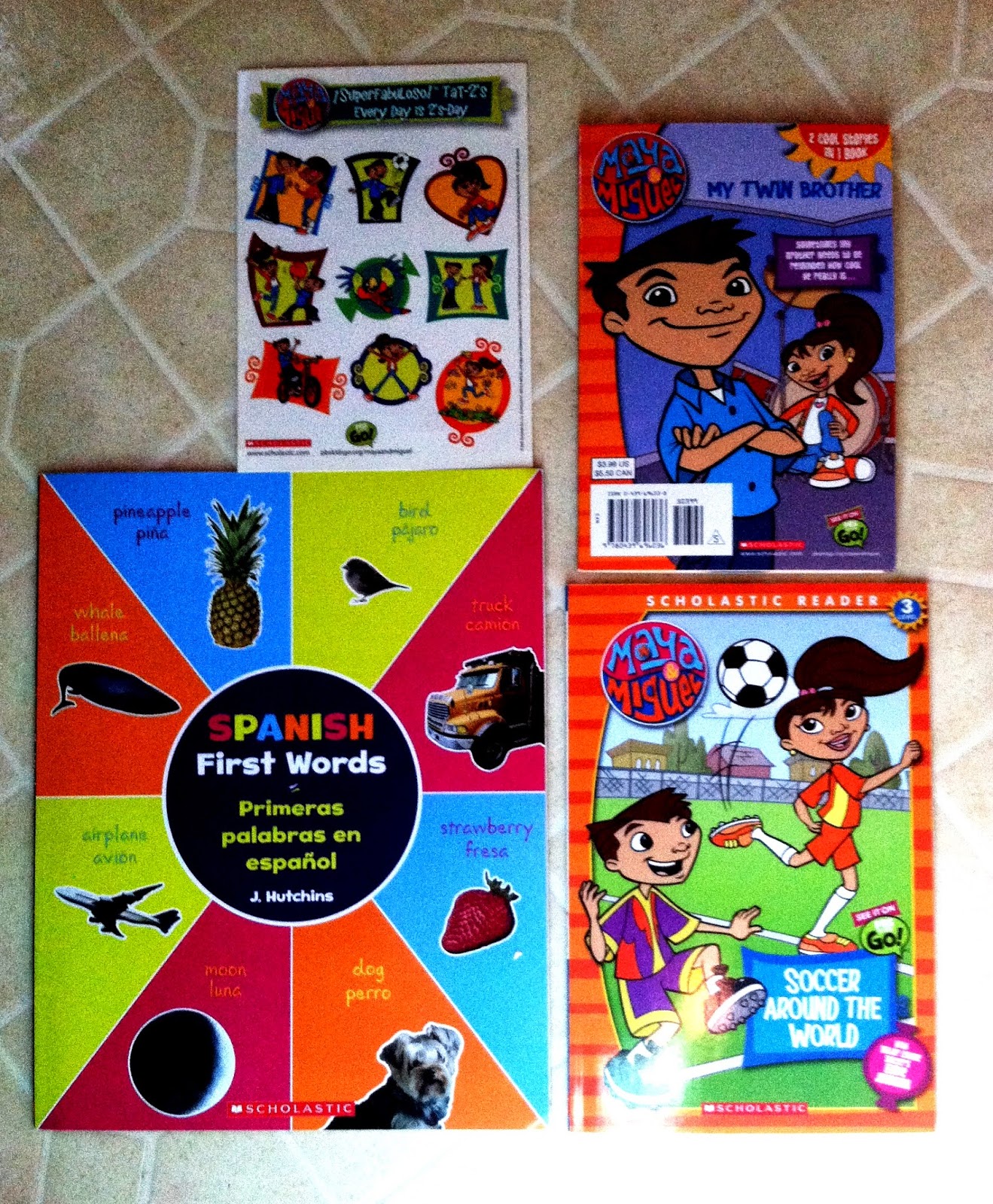 Disclaimer: No monetary compensation was offered or received. I did receive a package identical to the one the winner will be receiving.