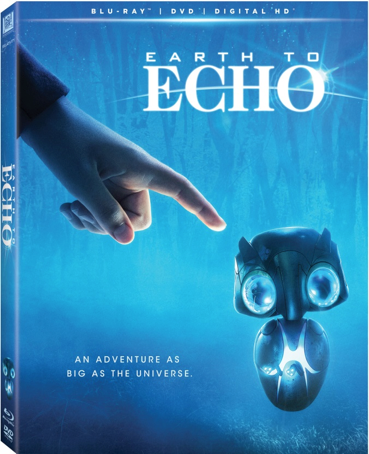 Earth to Echo is a tale told through the eyes of Tuck, Munch and Alex, a trio of pals who make an out-of-this-world discovery. The best friends venture out of their neighborhood to find the true meaning of friendship. After receiving signals on their phones, they meet Echo, a small, but amazingly energetic, alien trying to make his way back to his home planet. As they race to help their new friend, the boys will discover that little Echo has touched their hearts in unexpected ways and changed their lives forever. To prepare you for this adventurous, exciting and heart warming film, we have compiled a list of the best ways to spend time with your friends- outside and away from your cell phones!

Earth to Echo centers are three very different 13 year old boys who are very good friends.  All come from different backgrounds. Alex is a foster child who has for obvious reasons abandonment issues. Tuck is a camera buff and is mostly ignored at home. He records everything. And Munch well lets just say he is more nervous and anxious.

The boys are all getting prepared to be separated due to moving and decide to follow a weird map message their cell phones are receiving. They eventually stumble on Echo who communicates with them through lights, bleeps and such. Echo wants to go home but the boys need to help him rebuild his ship. Eventually there is government problems due and the boys have to protect Echo while trying to get him home.

I enjoyed the movie. My kids weren't loving it but did watch the whole thing because they loved Echo. They also enjoyed the times that the boys were dealing with him and his cuteness but they made no connection to any of the characters.

While it is an ET for this generation it wasn't as child friendly probably because it wasn't meant to have the cuteness factor. It is an entertaining movie and the CGI effects were pretty awesome too!

I appreciated that the movie was about friendship (they even through in a girl to help Echo to balance the mix), standing up for someone, helping others and showed kids being kids. It didn't hurt that it is a family friendly movie too!

Disclaimer: I received this movie as part of the FHinsiders.  No monetary compensation was offered.