The Three Wishes A Christmas Story 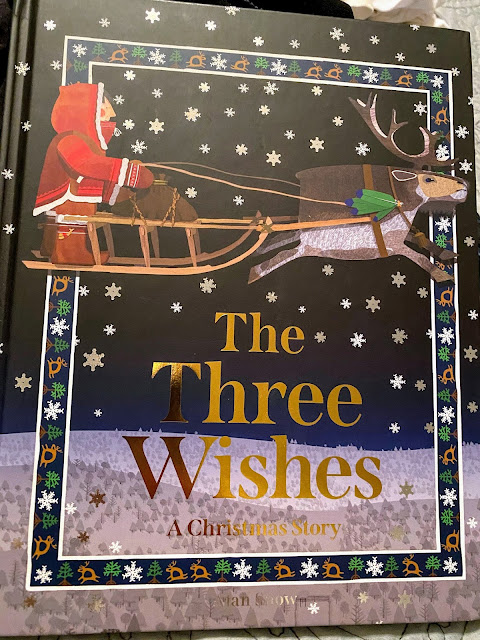 A young boy is herding his family's reindeer when they are drawn into a mysterious cave. The cave is the holder of eternal summer, looked after by three strange characters. Once entered, the cave cannot be left without time in the outside world standing still. In his sadness at not being able to leave, the boy is granted three wishes and chooses freedom, happiness, and time. 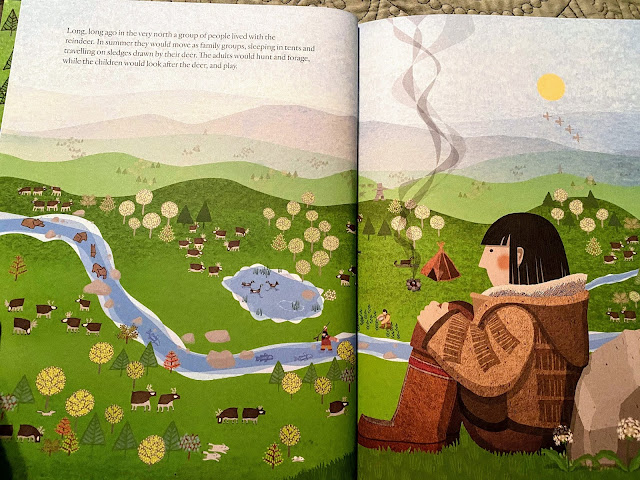 After the first year of working hard in the summer cave, the boy is allowed to see his family in the outside world. Time stands still as he visits his parents, and he leaves gifts behind to show that he has visited. As the years go by, this annual visit continues and he begins to call on more and more families. 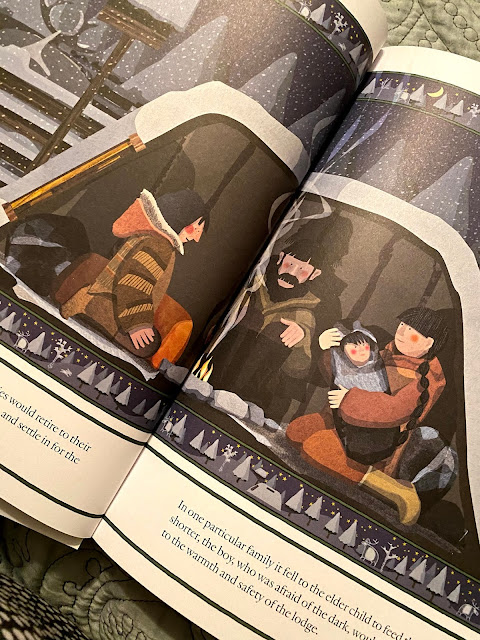 The 411:
They are right about the beautiful illustrations. A sight to behold, I loved all the details. 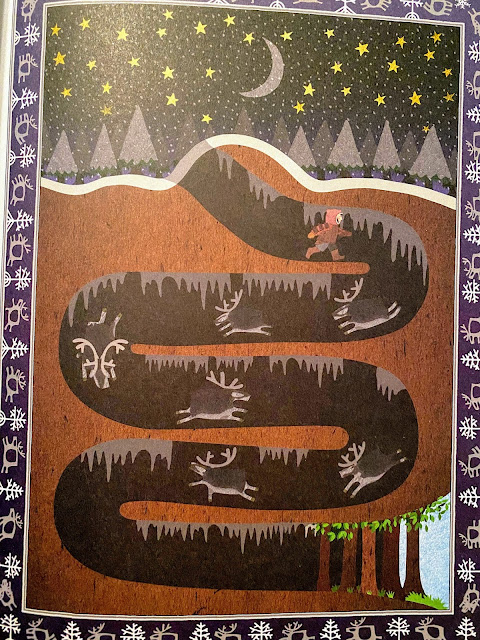 This story is heartbreaking and beautiful at the same time to me. A young boy ventures out to find the villages deer only step into a cave which takes him to another time and place. There he meets a three interesting characters who tell him that he is in keeper of eternal summer. He helps the, there and is granted three wishes. He asks for Freedom, Happiness and Time. He is granted these wishes but will never see his family awake again. 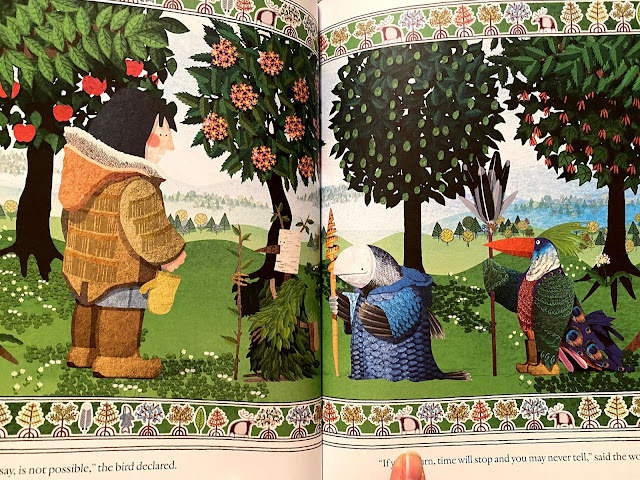 Once a year he visits his sleeping family and leaves gifts so they know he is alright. Eventually his family realizes the gifts are from him and start leaving him gifts for when he visits. One even looks like a Santa suit. Hmmm.
Interesting take on the story of Santa but as a mother found it so sad that his family would never see him again.
Disclaimer: I received a complimentary copy for my personal opinion. No monetary compensation was offered