Last week received a gift pack through a My Blog Spark campaign and Old El Paso! I get excited when I get to review food! Doesn't happen often enough and this gift pack is so much more exciting because of all the accessories. 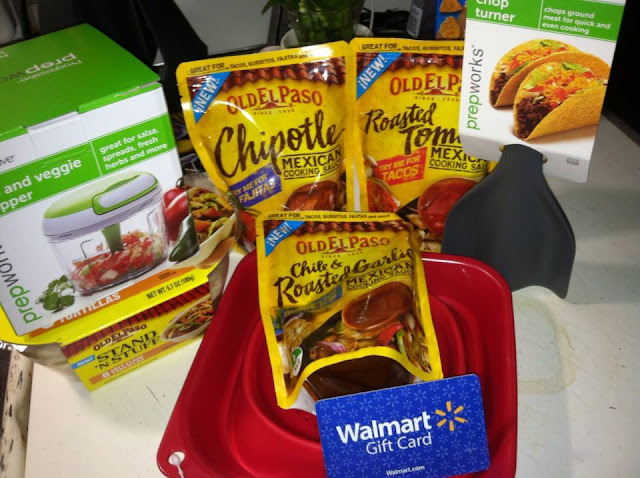 Here is a close up I sent to my Facebook friends after they asked for more information about the Old El Paso Sauce Packs upon seeing my Facebook post. 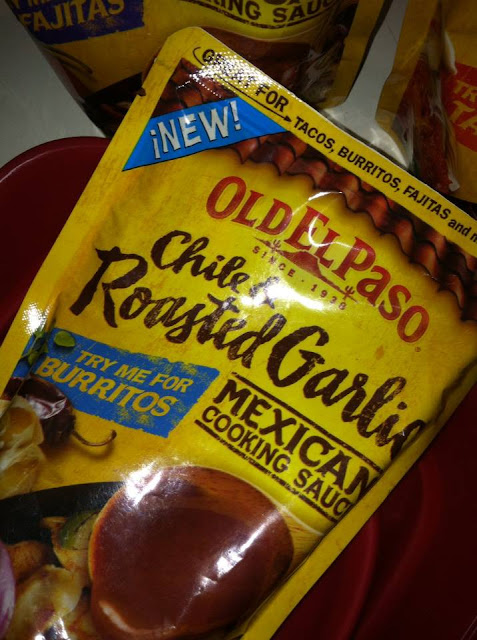 I love how easy it was....I started out by browning some chicken cutlets in two teaspoons of olive oil. 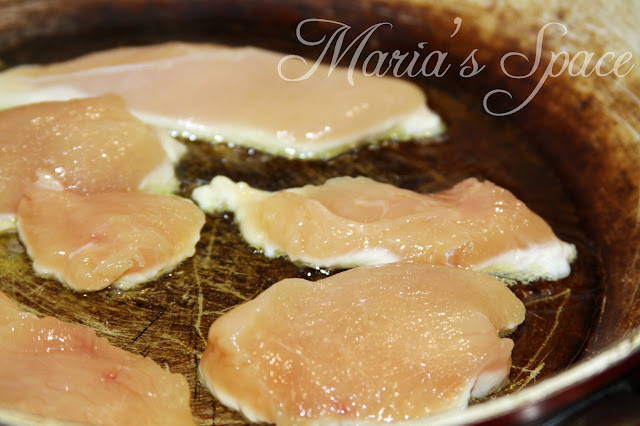 While I was doing that, Goddess was busy chopping my veggies in my new Progressive Prepworks Herb and Veggie Chopper. Who would have thought an 8 year old could safely dice my veggies? Put in the veggies, close the lid and the kid pulls the lever which makes the blades inside spin. NICE! 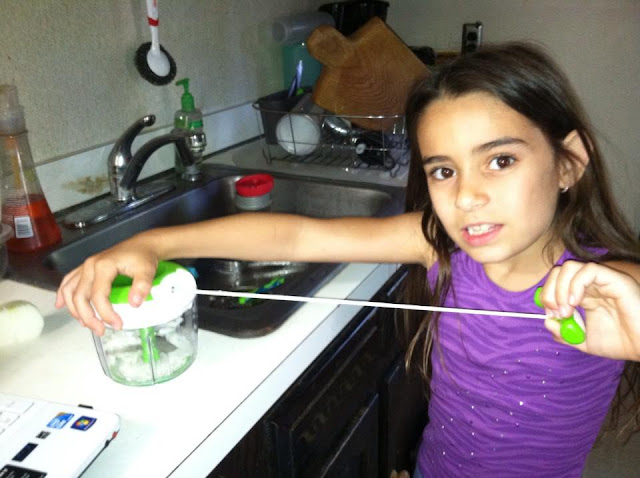 Next I added the diced veggies which were onions and green peppers to the browned chicken. 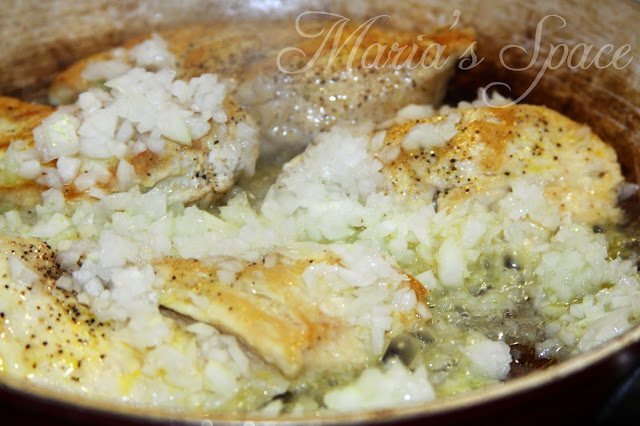 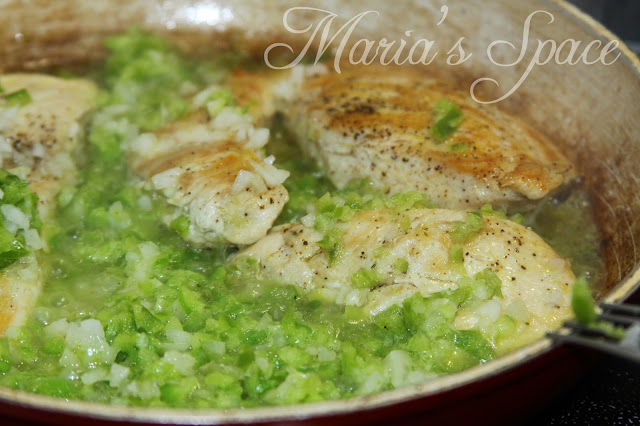 About 8 minutes in I added the bag of Old El Paso Sauce, we used the Chipotle one first and thought it was just the right amount of spicy and let it sit for about 10 minutes in an uncovered pan. 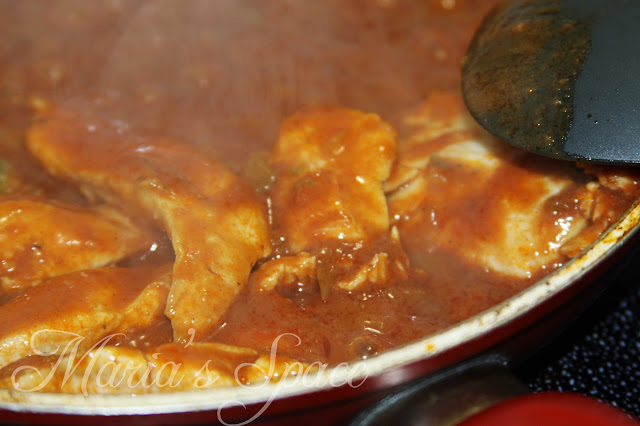 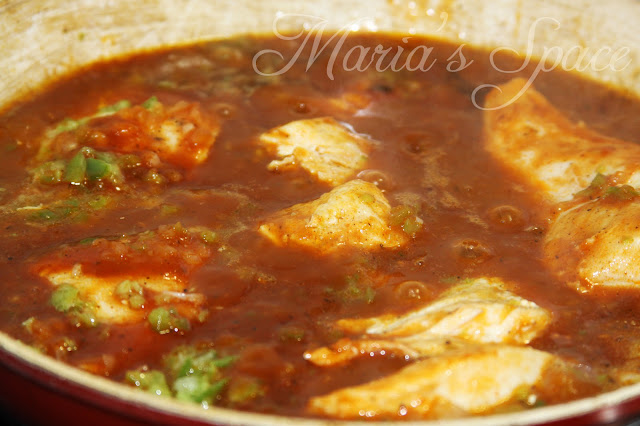 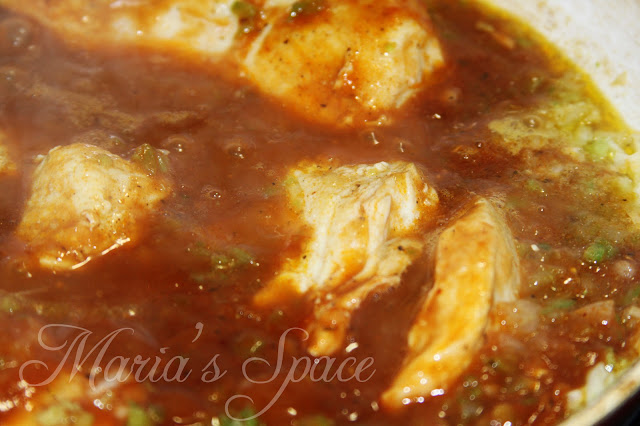 When it was done, I filled the Stand and Stuff Torillas. It was delish! BTW...the Tortillas have also housed our scrambled bacon and cheese breakfast scramble also. They are so versatile. I will be making many more thing in them. 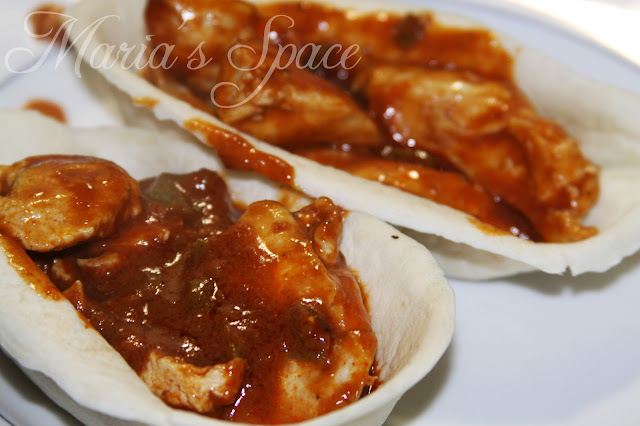 Sound good to you? Check out the Old El Paso Products at your supermarket and enter for your chance to win a gift pack like the one below. 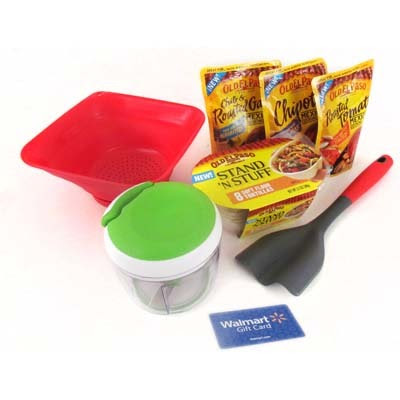 Enter the Rafflecopter below before July 31st

a Rafflecopter giveaway Disclaimer: I received a complimentary gift pack from Old El Paso for my honest opinion through My Blog Spark. No monetary compensation was received and the product is being sent out from the sponsor.