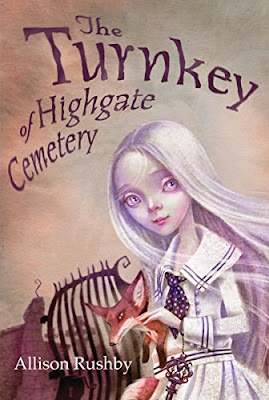 This historical/supernatural/mystery read was interesting and a fast read. Our main character Flossie is the Turnkey at a London Cemetery. Her job is to make sure that all the "dead" in the cemetery are comfortable enough to remain resting.  There is a sweet moment when one young girl misses her dolls so Flossie heads to her own home to bring one over even though it is not something that is easy or comfortable. Flossie has a director that she can go to when she needs assistance who appears to her in fox form based on a fox she knew from her life. As if being a Turnkey isn't enough for a young girl, WW2 has the souls unsettled and Flossie has a mystery to deal with when she spots a German Soldier who has the ability to travel between the world of the living and the dead.

I enjoyed the mix of supernatural with the historical yet fictional twist and the "ghost stories" of the sleeping and "in-between souls. Flossie is a wonderful role model who takes her job seriously and goes above and beyond for her "friends" 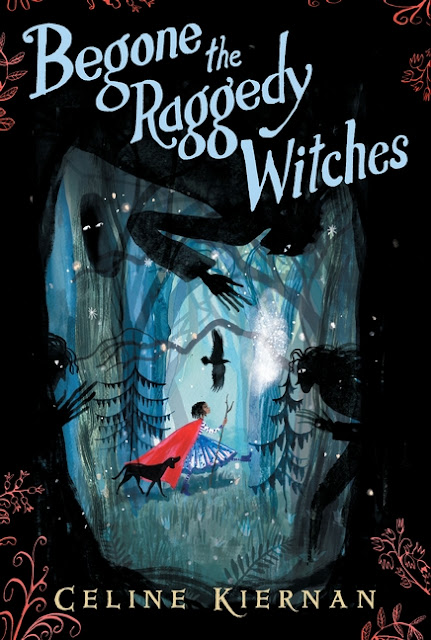 This was a quick read about that mixes good and evil together into a magical fantasy. When Mup's Aunty dies life as she knows it quickly changes.  With Aunty gone the protection Mup's Mam had as the daughter of mean queen of Witches Borough has been lifted. The witches are here to claim her and will do anything to get her to come over including kidnapping Mup's dad.

I found the book interesting, funny and intense at times. It was however a great read. Mup's brother is turned into a dog, Mup's new friend was a boy but is now a crow that must speak in rhymes and Mup has powers she never imagined.  The character of Mup is a wonderful role model for young girls. She puts family first and shows such strength when others around her are wavering.

To Purchase:
"
Disclaimer: I received a complimentary product for my honest opinion. No monetary compensation was offered.