Two Of The Most Interesting Books On My Bookshelf 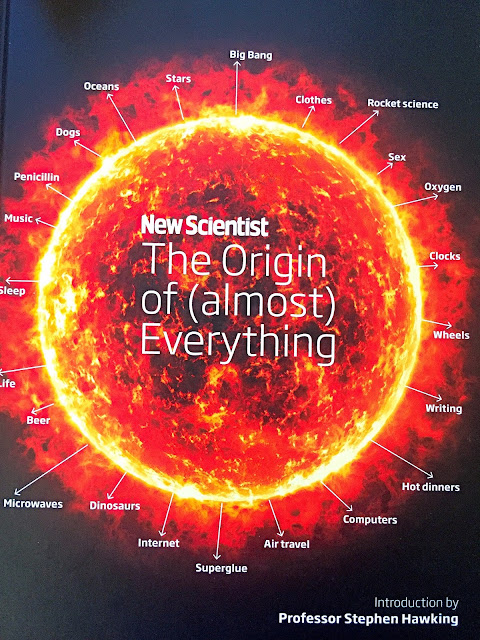 From the Big Bang to belly-button fluff, where does everything begin? Did you know that the universe is made of nothing, that the moon was once part of earth, or that black holes are microscopic and invisible? Or whether the invention of the wheel was more or less important to civilization than the invention of the bag? Think about it…

The team at New Scientist, the world’s most popular science magazine, has teamed up with the New York Times’ award-winning designer, Jennifer Daniel, to answer these questions and more in THE ORGIN OF (ALMOST) EVERYTHING (Nicholas Brealey, October 25, 2016), a compilation of modern origin stories as revealed by science. It brings together the most important, interesting and unexpected in 53 short chapters, enhanced by vivid and often humorous infographics. 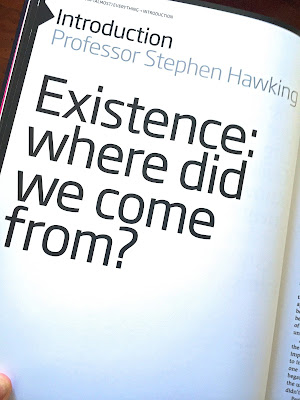 Together they take us on a whistle-stop tour from the start of our universe (through the history of stars, galaxies, meteorites, the Moon and dark energy) to civilization (from cities to alcohol and cooking), and knowledge (from alphabets to alchemy). 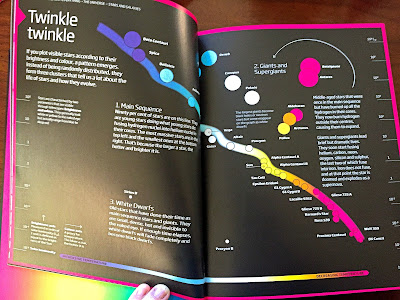 Witty essays explore the concepts that zoom in from how many people have ever lived to showing you how a left-wing brain differs from a right-wing one. THE ORGIN OF (ALMOST) EVERYTHING is broken into six sections: 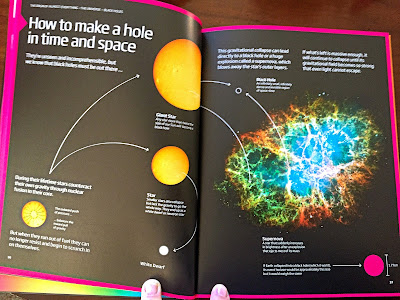 With an introduction by Stephen Hawkins you know this book is going to be good!

I love the set up of the book. It is easy to read with a lot of full page colorful graphics. This is by far the most interesting book on my bookshelf. I love the sections on the Universe and Life best. It is very thought provoking to imagine how much is out there that we don't know about. I found myself reading and then sitting back to contemplate the thought that there could be life somewhere out there that we can't even fathom. 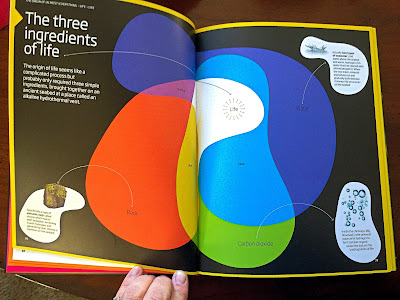 Definitely an interesting read for anyone's book case but especially for those with an interest in science. 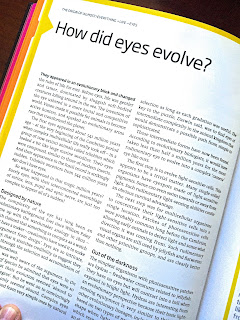 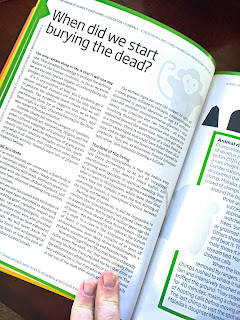 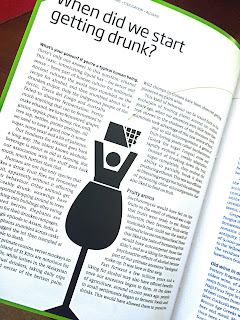 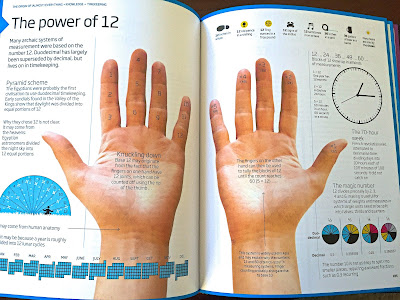 ABOUT THE AUTHOR:
After a degree in biochemistry and a MSc in science communication, both from Imperial College, Graham Lawton landed at New Scientist, where he has been for almost all of the 21st century, first as features editor and now as executive editor. His writing and editing have won a number of awards. @GrahamLawton

Jennifer Lawton (illustrator) is the author of SPACE! A picture book explaining the universe through unusual visual forms. Her graphics have been translated into over ten languages and featured on NPR’s Morning Edition, and in The New York Times. @jenniferdaniel

Stephen Hawking (Foreword by) is the former Lucasian Professor of Mathematics at the University of Cambridge and author of A Brief History of Time which was an international bestseller. He is now the Dennis Stanton Avery and Sally Tsui Wong-Avery Director of Research at the Department of Applied Mathematics and Theoretical Physics and Founder of the Centre for Theoretical Cosmology at Cambridge. 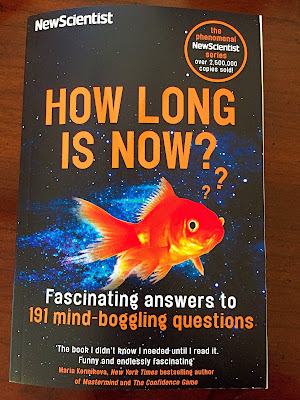 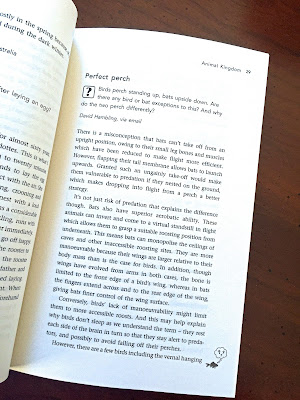 HOW LONG IS NOW? Fascinating Answers to 191 Mind-Boggling Questions (Nicholas Brealey, November 22, 2016) is all about following your curiosity, wherever it leads.

For over a decade, ‘The Last Word’ column has made its home on the final page of New Scientist magazine, dedicated to an endless quest for answers posed by inquisitive readers from age 5 to 95. The fruits of this perennial vine of inquiry have been picked, polished, and packed together into HOW LONG IS NOW? 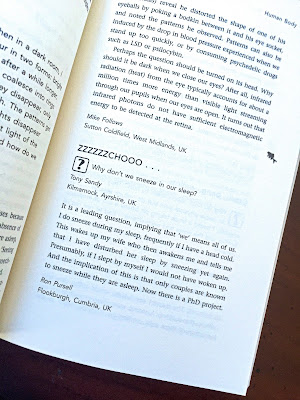 Most of the time, the mysteries confounding readers are drawn from everyday experiences: why do wind turbines have three blades? Why does a towel dried on a line become stiff? What causes a hungry stomach to gurgle? 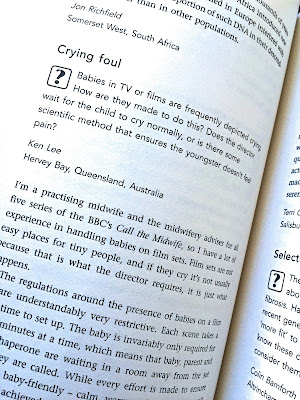 Other times these inquiring minds are focused on more exotic horizons: why do zebras have stripes? Can the sun be extinguished? What would happen if one black hole swallowed another?

Occasionally, the questions border on philosophical: does the sky ever end? Does the sea smell of fish, or do fish smell of the sea?

HOW LONG IS NOW? is a fascinating new collection of questions you never thought to ask, along with answers that will change the way you see everything. Categories covered include: Animal Kingdom, Domestic Mysteries, Life on Earth, Technology, and What the heck is this? 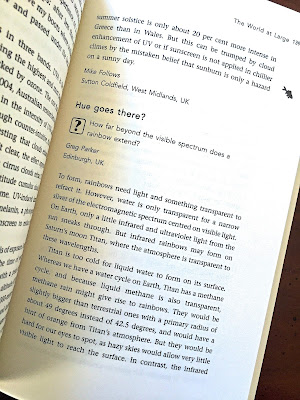 How Long Is Now has some very interesting questions and answers that you didn't even know you wondered about until you read it. Like the photo I posted about sneezing in your sleep. My daughter has sneezed in her sleep since she was about one. We always thought it was so strange. Turns it is strange and she is "probably" awake when it happens then goes back to sleep. Sometimes there are 4 in a row and when we go in she is still asleep but who am I to say it happens if science and our biology proves it isn't?!


To Purchase:
ABOUT NEW SCIENTIST: Since 1956, New Scientist has established a world-beating reputation for exploring and uncovering the latest developments and discoveries in science and technology, placing them in context and exploring what they mean for the future. Each week through a variety of different channels, including print, online, social media and more, New Scientist reaches over 5 million highly engaged readers around the world. @newscientist