It is crazy how fast time goes. It is a blink and your baby is 12. Not a teenager but wasn't he a baby yesterday? It sure feels that way.

Here is how it went down on my Facebook today:

12 years ago today I was receiving my very first Mother's Day Gift.My Handsome  was born via emergency cesarean after my water broke in the wee hours of the morning on Mother's Day 2003. He was a scheduled C due to being breech but rushed into the world a day early on his own accord and he has been marching to his own beat ever since.

Due to the drugs I received for my surgery I didn't meet my huge 9.11 lb baby until he was already 5 1/2 hours old and those missed 5 1/2 hours still bother me but the moment he was delivered to my bed and I looked into those big brown eyes I have tried to make up for it.


Today he will enjoy a day of mom's undivided attention because honestly he deserves it. This kid amazes me everyday. He continues to make massive strides in life.

He loves to laugh. He loves family and group hugs. He loves animals and music. He never has to be micromanaged and follows a very tight schedule he has created for himself. He is a huge help around the house and since he was tall enough to do so I have never had to bag a grocery or put my own groceries away, drag garbage or even open my own car door in the morning. He always opens mine before he opens his own.

Baby boy,  I am so happy to be your mommy. You work so hard to understand the world you live in. I couldn't be more proud of you than I am right now. You make me laugh, always want to hug and are not ashamed to hug me in front of all your peers at lunch or at recess when you see me for the first time. I hope that never changes but if it does I know you will still want a hug maybe just not in front of your friends.

My kids never miss school so this year I took each of them out of school on their birthday. It was a nice change. Yes, I missed a day of work but I created a memory.

Handsome and I dropped of Goddess who shockingly gave me no problems this morning. That's a surprise.

I asked him where he wanted to go for breakfast giving him about 5 options and he settled for a little local place because he likes the sausage patty. 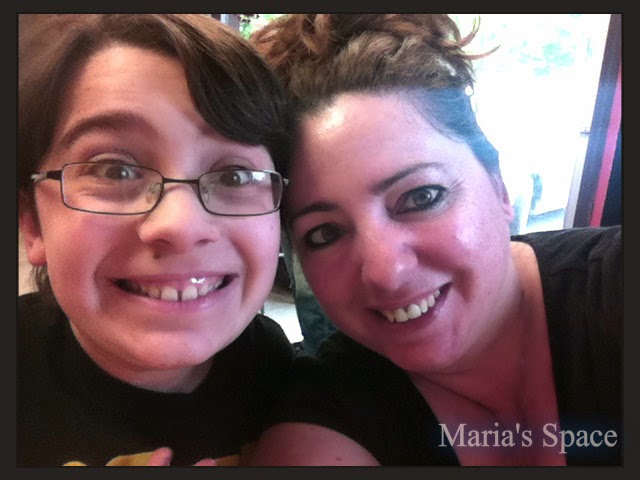 Next we headed to the eye doctor for his exam where we placed an order for new glasses. This time transitions. He is so excited. We came home and hooked it all up. He played for about two hours and then we headed out to pick up Goddess.

After they played on Wii for about an hour I asked where they wanted to go to dinner. Something small and he decided on McDonalds. 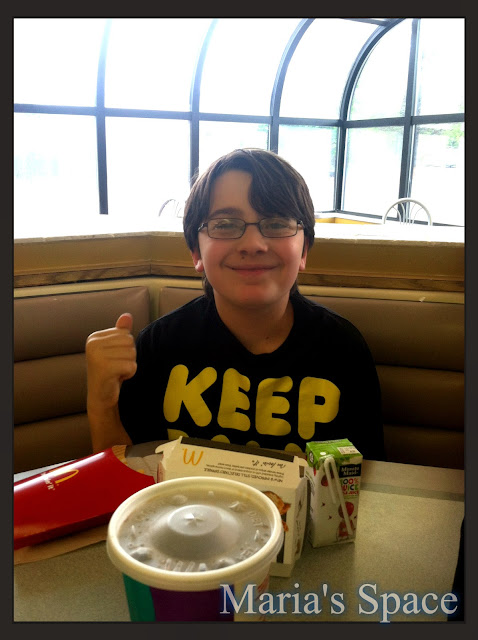 My Handsome doesn't love cake so we decided to head to Dairy Queen for the first time of the season. It is not my favorite ice cream but the kids were excited. It wasn't my birthday so I will do whatever the birthday boy wants to do. 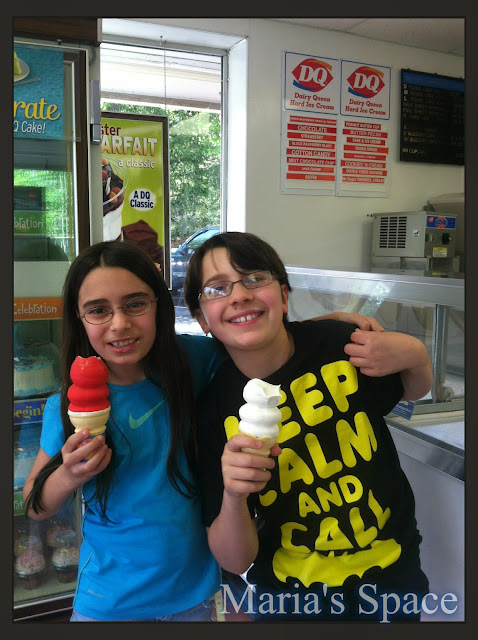 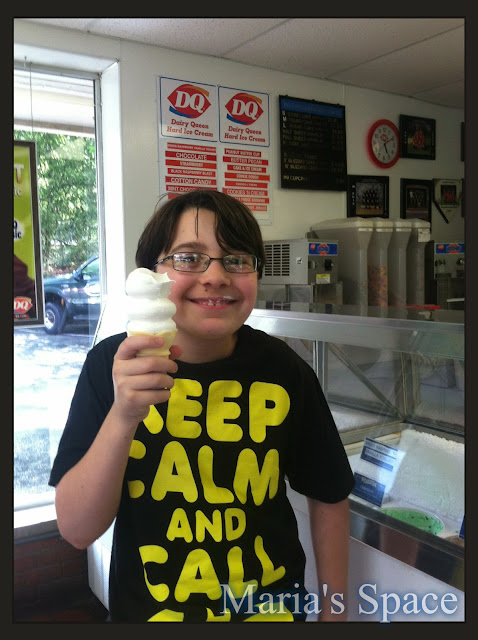 We sat in the back of my truck (more on that some other time). They were surprised because two weeks ago when I got the truck I had told them there would be no eating or drinking in the truck. I was at the ready and the only person I worried would make a mess was Goddess. UGH...that girl knows how to leave a mess in her wake. 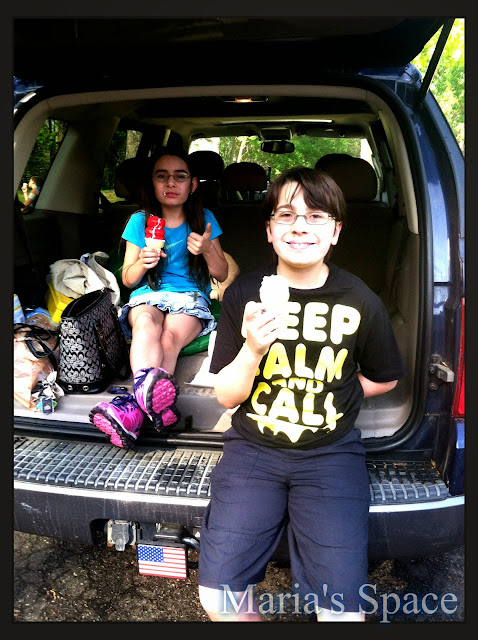 I got myself a cherry dipped as well. I have been having that since I am a little girl. Love it and love that my Goddess loves it too. 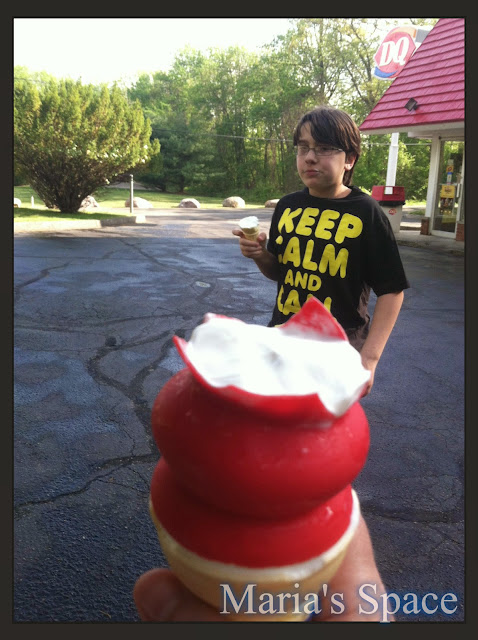 Even though we celebrated over the weekend with his dad, I couldn't let the day just be like any other. He works so hard to be a good boy and deserved a special day.