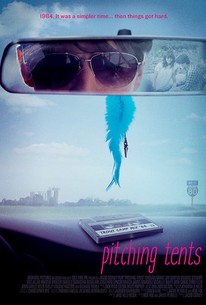 "Pitching Tents", the coming of age, "love letter to the 80s" summer comedy that debuted on iTunes, Amazon and other major digital platforms as of June 6th. The film is all about friendship and making life decisions that loom as high school ends, wrapped up in an 80s shell.

“Pitching Tents” finds high school senior Danny Whitaker (Grant) at a crossroads – will he do what his working-class father (Kramer) thinks is practical and take a job at the local metal factory, or will his “loose cannon” guidance counselor (Norton) convince him to enroll in college to save his own job. To escape reality, Danny and his band of misfit buddies (Stewart, Lipnicki) head to the woods for the town’s annual rite-of- passage fishing trip. It’s after a wild party that Danny stumbles upon Goddess Camp, the urban legend of “skinny-dipping chicks” that so many horny high-school boys have fantasized about for years.  Here he meets Alison (Basalari), who helps him find the strength he needs to take charge of his own destiny.

Danny doesn't want the dead end job his dad has lined up for him. He isn't sure he wants to go to college either.  We follow him and his friends as they Pitch some tents and head off for their last hurrah after high school graduation.  It takes a run in with a beautiful stranger to set him on his future course.

I am a fan of BooBoo Stewert (Twilight fan girl). I didn't recognize Jonathan Lipnicki! Jim Norton as a guidance counselor? Enough said. 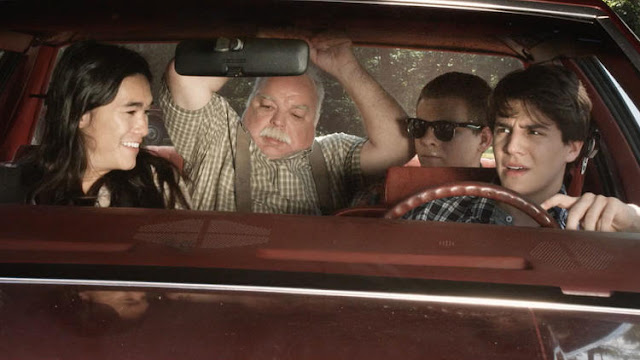 There is some nudity, there is some underage drinking, they DO smoke weed and there is some sexual instances BUT I didn't feel it was over the top.  It does feel like the 80s and if you find yourself with time on your hands, give it a whirl but not with the kids.