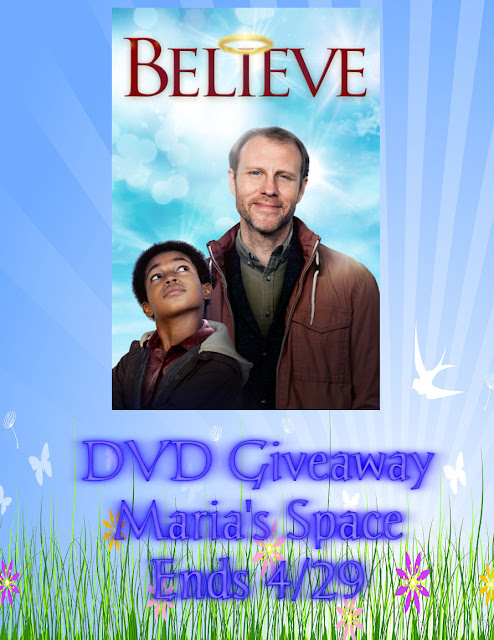 CULVER CITY, Calif. (March 31, 2017) – You’ll believe in miracles when BELIEVE debuts on Blu-ray and DVD April 11 from Sony Pictures Home Entertainment. Starring Ryan O’Quinn (“Alias,” “Dad Dudes”), Danielle Nicolet (Central Intelligence, “Born Again Virgin”), Shawnee Smith (Saw, Anger Management), and Isaac Ryan Brown (“How To Get Away With Murder,” “Blackish”), the inspirational film follows a small town business owner as he struggles with the financial responsibility of funding the annual Christmas pageant while trying to maintain his family business. When he meets a young boy and his mother, their newfound friendship impacts his life in a way he never could have expected.

Join the cast and crew as they take you behind-the-scenes in the beautiful state of Virginia with the “Faith Is Everywhere: The Making of Believe” featurette. Bonus materials also include a hilarious blooper reel and deleted scenes.

Synopsis:
For years, the small town of Grundy, Virginia has relied on the Peyton family to provide the highlight of the year—the annual Christmas pageant. When Matthew Peyton (Ryan O’Quinn) inherits the family business, the responsibility of the Christmas pageant also falls on his shoulders. But as financial hardships fall on the town, Matthew finds himself overwhelmed. As his business profits plummet and his workers begin to strike, Matthew is forced to make a decision between selling the family business and canceling the beloved pageant or sticking out hardships despite his rapidly declining popularity in the community. Through chance events, Matthew meets Clarence (Isaac Ryan Brown), a boy who believes in miracles, and his mother Sharon (Danielle Nicolet). His newfound friends impact Matthew’s life in a way he never thought possible and teach him to believe and give faith a chance.

BELIEVE has a run time of approximately 119 minutes and is rated PG.

Believe was named the 2016 "Film of the Year" by The Christian Film Review.

Believe is about a man named Matt who now runs his family business. The business has fallen on hard times and instead of laying off his employees he asks the Union Reps to present a wage decrease. The workers are not happy and strike of course. Throughout the movie he seems like a quiet, friendly, empathetic, rational man so at times I found myself wondering why he had to learn to "Believe". He is trying hard to keep his business a float and continue the Christmas Pageant that his grandfather started yet the whole town makes him the pariah.

After being beat and left for dead on the street Matt is "rescued" by Clarence a young boy who lives with his mom in a run down building. Clarence is exactly what Matt needs right now. This boy sees all the beauty in the world even though he and his mother Sharon have nothing of material value. All Clarence wants to be is an angel in the Christmas Pageant. He is the light to Matt's dark right now.

Matt has the world working against him. His luck is nil and all he wants is to do right by everyone. All will be well if Matt and the rest JUST BELIEVE.

The movie was good. Discusses hope and charity without being preachy.

There were a few things wrong with this movie such as the fight scene, the "workers" being called scabs. The story line being spoon fed to us. The coincidences like Sharon being a nurse to help Matt after he is beat AND an accountant able to help him with his company was a bit over the top. My favorite character was Dr. Nancy Matt's friend played by Shawnee Smith. Wish there was more of her. You will remember her as Amanda from the Saw movies. She is great! I also loved seeing David DeLuise. I was a big fan of his Don DeLuise and have followed David's career since his TV movie with his dad Happy.

This is a feel good movie and was perfect for my family movie night.

Disclaimer: I received a complimentary copy of this movie. No monetary compensation was offered or received.