When Calls The Heart: Rules Of Engagement - Lifetime's First Scripted Show Gets Greenlight For Season 2


When Calls The Heart 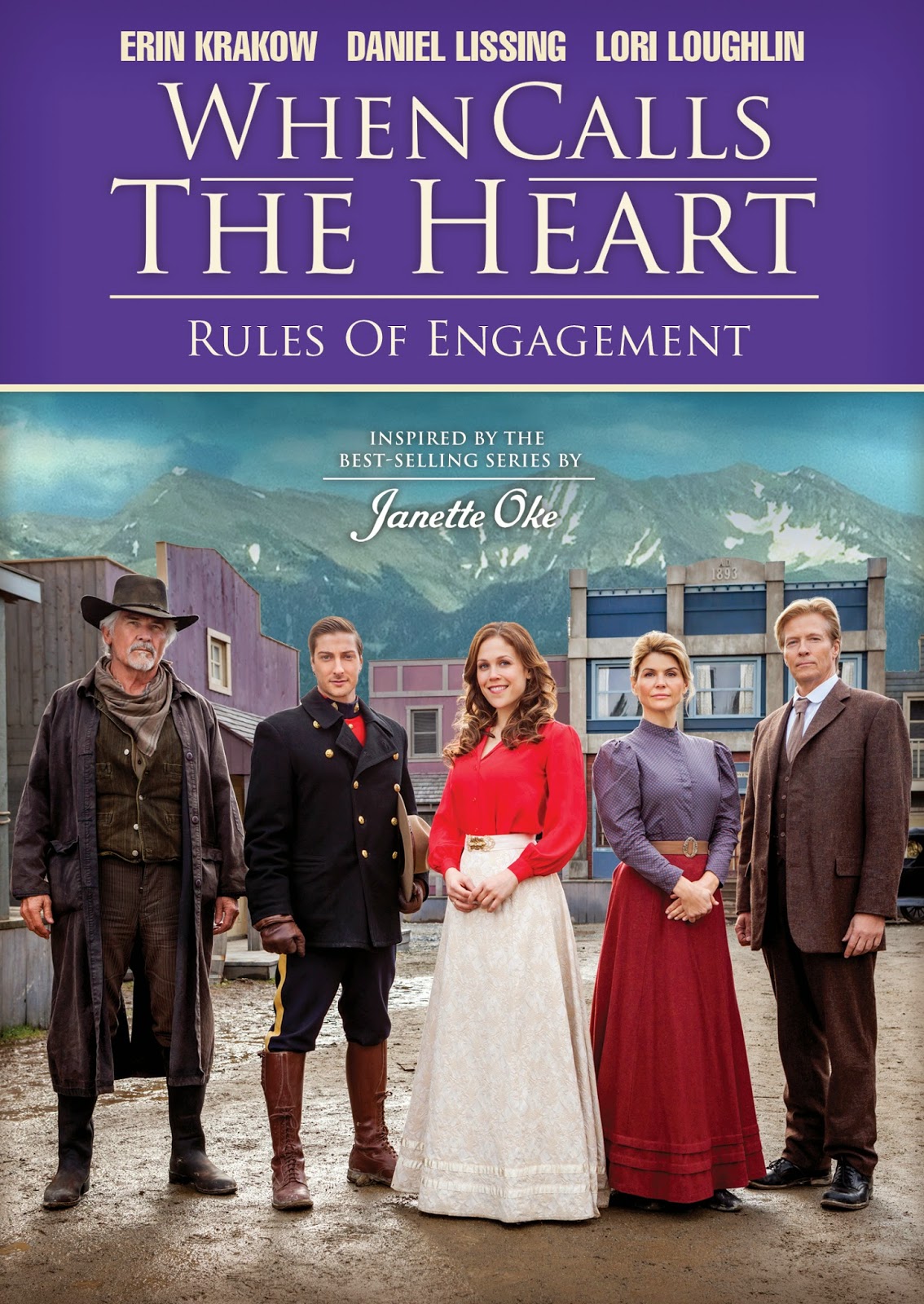 “Rules of Engagement”
In Stores Now


From the Television Series inspired by the writings of Janette Oke


Nashville , Tennessee- When Calls the Heart, Produced and directed by Michael Landon Jr. and inspired by the best-selling books by Janette Oke, tells the story of Elizabeth Thatcher (Erin Krakow), a young woman of privilege, working as a teacher in a prairie town in the Western Frontier.   Things were starting to get serious between local Mounty Jack Thornton (Daniel Lissing) and the high society teacher, but the appearance of a woman from his past, threatens to end the relationship entirely.  Meanwhile, Abigail Stanton (Lori Loughlin) has become the adversary of the most powerful man in Coal Valley.  A mining accident that killed her husband is finally being investigated, and the owner of the mine will doing anything to stop Abigail from finding out the truth.

Synopsis-  Jack is back in Coal Valley along with an unexpected visitor that threatens he and Elizabeth’s relationship while Elizabeth receives some unforeseen news that will force her to make a very difficult decision. Meanwhile Bill Avery continues his investigation into the mine explosion with help from Jack; a budding romance grows between Bill and Abigail; Elizabeth struggles to make a decision about the teaching offer.

I have been watching What Calls The Heart on Lifetime and love it. What I love most is how sweet, quiet and lovely this series is. It reminds me of my childhood and the shows that were on TV while I was a child.

This is a show you can watch with your whole family without fear that a curse or slang word will be dropped. There will be no uncomfortable, sexy scenes that you hope are over your kids head while you squirm in your seat waiting for the scene to end. No my friend! This is a lovely show where girls are modest and men are gentlemen.

In this episode Rosemary, Jack's ex-fiance is looking to make him hers again and will do what she has to in order to get her man back.  While Elizabeth meets a young man whose educational abilities surprise her so much that pays a visit to his mothers home to tell her how gifted he is (as if a mother wouldn't know). Elizabeth also has a decision to make on her future.  Abagail has her hands full as she and Mr. Avery work on making the mine accountable for the loss of the men of the town.

There is so much going on with this episode that I don't even know where to start so I will leave you with this:

Thanks Michael Landon Jr and Hallmark for continuing to make family friendly movies and shows that you can watch even if your kids are awake!


Michael Landon Jr. – Director:  Michael Landon Jr., son of the late television legend Michael Landon, has been in the film business for over 25 years.  With two of the highest rated films in the history of the Hallmark channel, and several top ten releases targeted to the Christian market, Michael has become known for creating heartfelt, inspiring films that connect to the family.  He has developed and/or produced, directed, and written screenplays for Fox, CBS, NBC, Disney, Sony, Lifetime, and others.

Brian Bird- Writer/Producer : Brian Bird is co-founder with partner Michael Landon, Jr., of Believe Pictures, a film and television production company.  He was co-executive producer and writer on the successful television series, Touched by an Angel.  Adding to Brian’s success, he had also written and produced episodes of Evening Shade, Step by Step and The Family Man.  Most recently, Bird wrote and produced Gametime, a two-hour television pilot for NBC, The Shunning, inspired by the novel by best-selling author Beverly Lewis, for the Hallmark Channel, and Not Easily Broken, adapted from the novel by T.D. Jakes and released theatrically by Sony/TriStar.

Disclosure: I received a complimentary copy for my honest opinion. No monetary compensation was offered.