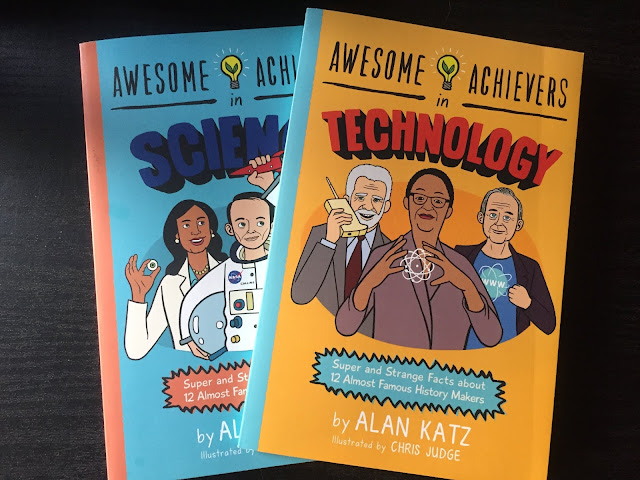 From acclaimed author Alan Katz comes a new middle grade nonfiction series designed to make history fun and vibrant for reluctant readers. Awesome Achievers (Running Press Kids; 8/6/2019; Paperback $11.99; Ages 8-11; 112 pages) kicks off this August with Awesome Achievers in Technology (ISBN: 978-0762463367) and Awesome Achievers in Science (ISBN: 978-0762463381) by Alan Katz and illustrated by Chris Judge. With Katz' signature humor and extras such as illustrations, imagined diary entries for a first-person perspective, comics, poems, and personal anecdotes like the time Katz met Dr. Heimlich himself, each title brings 12 lesser-known figures to life like you've never seen them before. 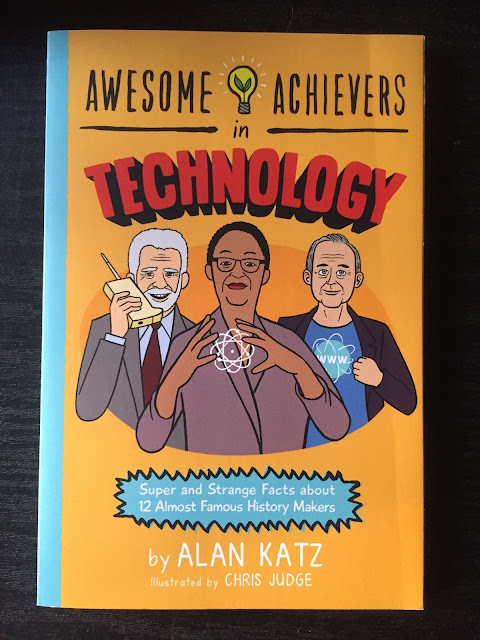 Everyone has heard the name Steve Jobs, but what about Nolan Bushnell--Jobs's boss before the invention of Apple, and the founder of the first major video game, Pong? Many of the most relevant figures in tech history have remained in the shadows, but not any longer! From Alan Katz's new Awesome Achievers series, Awesome Achievers in Technology gives kids a look behind the scenes at 12 lesser-known inventors whose contributions to tech are personally relevant to their lives today. Each figure is given a traditional biography but is also subject to Katz's unique brand of silliness, with humorous elements such as imagined poems, song lyrics, and diary entries by and about the not-so-famous figure accompanying each bio. 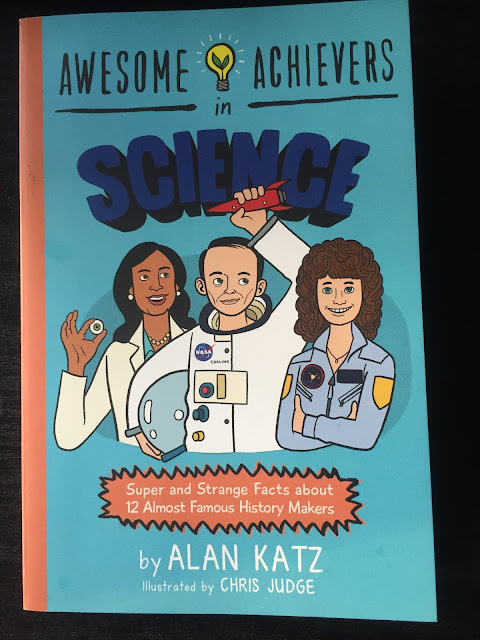 Everyone has heard the names Neil Armstrong and Buzz Aldrin, but what about Michael Collins--the third brave Apollo 11 astronaut who didn't get to walk on the moon? Many of the most relevant figures in scientific history have remained in the shadows, but not any longer! From Alan Katz's new Awesome Achievers series, Awesome Achievers in Science gives kids a look behind the scenes at 12 lesser-known scientists whose contributions are personally relevant to their lives today. Each figure is given a traditional biography but is also subject to Katz's unique brand of silliness, with humorous elements such as imagined poems, song lyrics, and diary entries by or about the not-so-famous figure accompanying each bio.
Spot illustrations throughout add to the lighthearted and appreciative humor each figure receives. Reluctant readers and budding tech enthusiasts and scientists alike will delight in this imaginative and engaging new series of laugh out loud biographies.

About the Author: Alan Katz is the author of many highly acclaimed children’s books, including Take Me Out of the Bathtub and Other Silly Dilly Songs, Don’t Say That Word! OOPS!, Poems I Wrote When No One Was Looking, and The Day the Mustache Took Over and its sequel, The Day the Mustache Came Back. Alan is also a six-time Emmy-nominated writer for TV series including The Rosie O’Donnell Show, animated series Taz-Mania, Disney’s Raw Toonage and Goof Troop, the Grammy Awards and Tony Awards, and many network specials and game shows. he has also created comic books, trading card sets, web videos, TV commercials and hundreds of other special projects for kids and parents. He lives with his family in Fairfield County, Connecticut. Alan can also be found at www.alankatzbooks.com.

I really enjoyed these books and I am not a reluctant reader. As a book lover it really hurts my heart that my kids aren't readers. I try a lot of books but they don't have a true love of reading. So I really know it is enjoyable if I can get one of them to read a chapter or book to let me know if they liked it or not.  They both enjoyed this and said that it was interesting to read about the people spotlighted in these books. We think kids will enjoy the layout. The graphic art, the bio and the break up of information like the poems, songs, etc made the information reader friendly, witty, informational and fun to read. 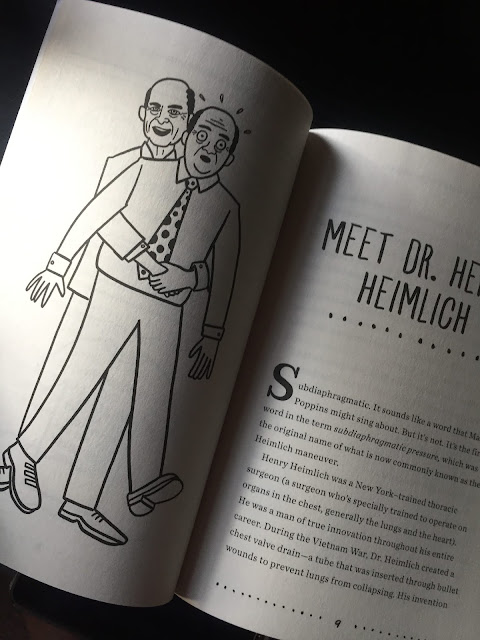 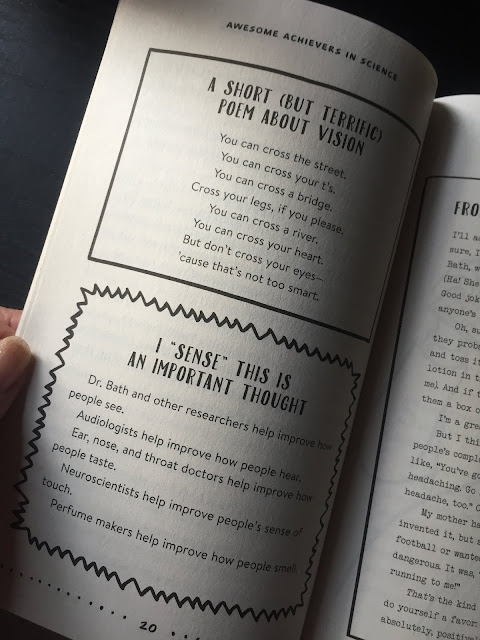 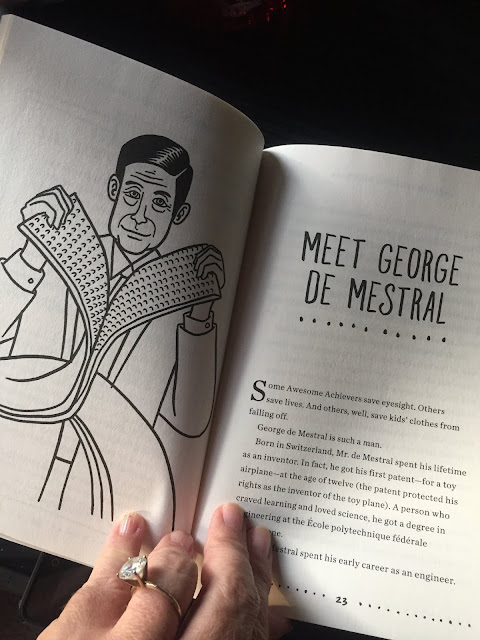 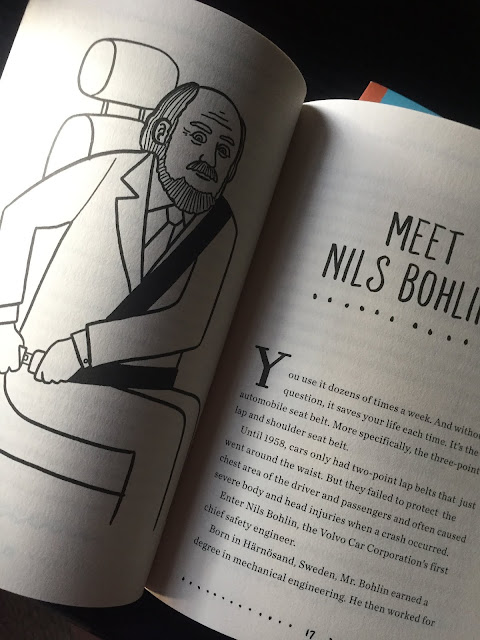 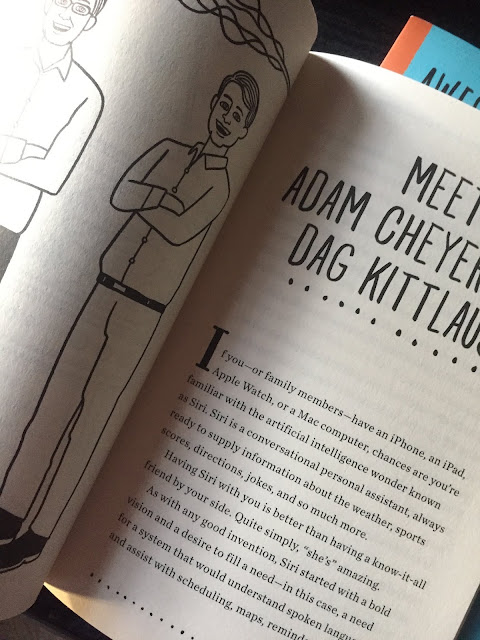