Putting Together A Pet Bed AND Paranormal Activity? Hmmmmm, Maybe!

We received a complimentary product for our honest opinion. No monetary compensation was offered. 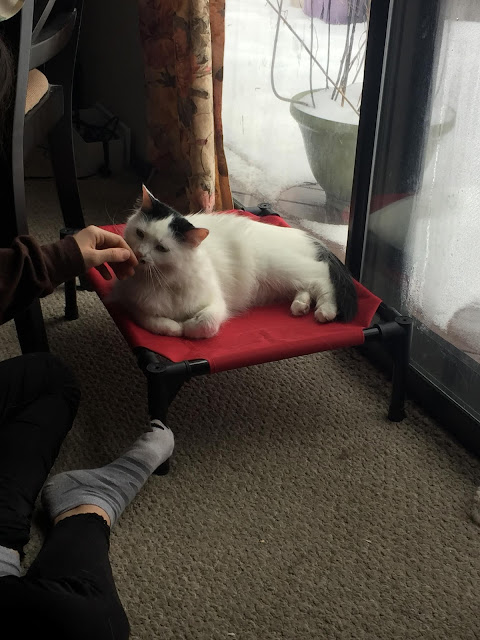 Our cats pretty much sleep everywhere and anywhere. We have one "cat bed" which is actually my old office chair cushion and a bean bag cover with a broken zipper so we were happy to review Veehoo's Elevated Pet Bed. 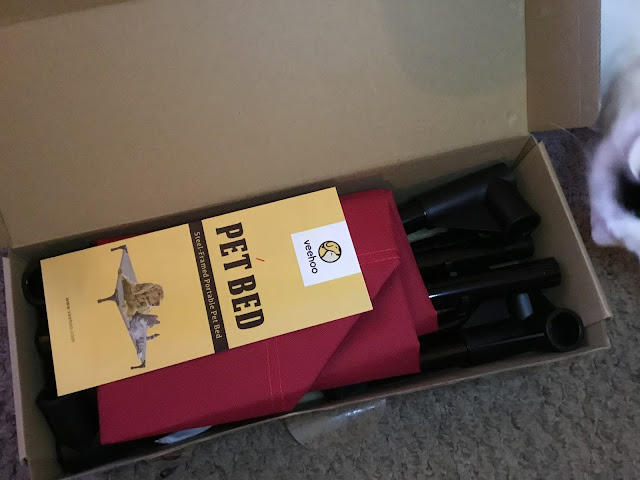 The bed is black and red, raised, waterproof and portable. We have three cats and were very interested to see if one of them would claim the bed. So far, it is whoever gets there first but the one who seems to like it most is Luna! She is the Alpha and first cat in the house so it is no surprise there. 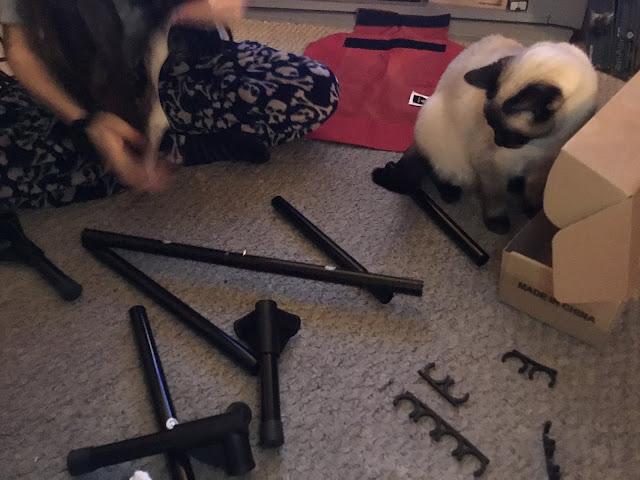 The Veehoo bed was a little difficult to put together but maybe it was because it was by my tiny 13 year old daughter. The problem she ran into is that it was difficult to get the last part of the frame together since the mat needs to be inserted in the frame and it is pretty squared off. There is ZERO give on the mat. It gets so stretched across the frame that it was hard to get the last part together. Once she finally got it, the Velcro barely reached to close. It is very secure and will not buckle but was stressful. With that being said, the cats all use it. They go under it, on it. Play with it, sleep on it, stand on it, and allow us to brush them when they are on it so it is really a win for us. They don't love being brushed. 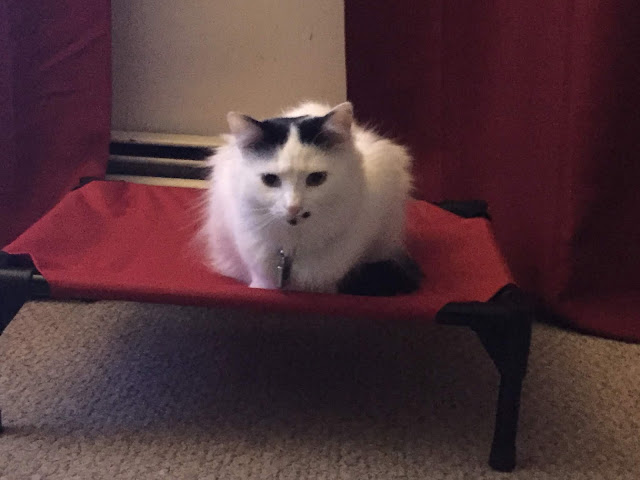 We love that it is portable and can easily be used outdoors too since it is raised. Perfect for picnics, camp outs, or chilling on the deck.

As for the Paranormal Activity at around 1:16 Jinxy looks at something than swings his head around as if someone played with his ears. We don't see anything. Do you?

Email ThisBlogThis!Share to TwitterShare to FacebookShare to Pinterest
Labels: my cats, Product Review