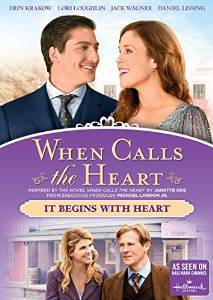 In the days before the big New Year’s Eve celebration, Hope Valley sees some unpredictable resolutions. For instance, Abigail sets out to catch whoever’s been stealing from her kitchen: and finds herself in charge of two orphans in the process. Elizabeth resolves to take charge of Jack’s dog, Rip, in an attempt to remedy Rip’s apparent jealousy of their relationship. Rosemary is determined to win a San Francisco Herald essay contest about a "real frontier family",… and has to pose as Lee’s wife when a reporter from the paper shows up. And Bill Avery tries his best to convince Jack that he’s not the one who should be behind bars for counterfeiting. Meanwhile, two visitors in town ponder sticking around and causing trouble for both Jack and Pastor Frank!


There is so much going on in this episode which is book ended with Elizabeth writing about the New Year's Eve celebration in her journal.

Jack overhears a marriage proposal to Elizabeth that disappoints and confuses him.

A young runaway named Cody has been spotted stealing firewood, while food and milk also go missing.  Cody and his sick sister Becky have been camping in the woods after the death of their parents. Abigail takes them in and provides Cody with the mothering he has been craving and getting a doctor for his sister.

Rosemary is planning a huge New Year’s Eve bash that will put Hope valley on the map with reporters and a story in the news papers showing people that life on the frontier is where they should be.

When he overhears a Doc Burns mention sending them to a home once Becky is better Cody decides they need to run away again.

Elizabeth is trying to get Jack's dog Rip to fall in love with her but his jealousy is making it difficult.

Bill is reinstated as inspector after being proven innocent. For now!

Lee is super busy trying to handle life and Rosemary’s demands for the New Year’s Bash.

Elizabeth worries about her student Laura who has been taking on all her mom’s chores after her passing leaving her no time for drawing.

A young man named Jesse comes into town looking for Matt Landry, (someone no one has heard of). It turns out that the new Pastor has a past (interesting) that he wanted to run away from and Jesse may make things a little difficult for him.

Clara runs into Jesse whose compliments send her away smiling.

Nora and Bill decide to forgive each other and start over.

The ladies of the town find out that Rosemary has lied a bit to get people to know about Hope Valley but the idea of no one being alone for the New Year has them going along with it.

Cody prays with Pastor Hogan for the health of his sister.

In the end the residents of Hope Valley break into Amazing Grace led by Cody with even Becky showing up for a New Year Miracle. Becky begs Abigail to take care of Cody while she gets better. The town experiences their first real New Year’s countdown with Laura and Jack sharing a very public midnight kiss.

If you love shows like Highway to Heaven, Little House and the Prairie and even Downtown Abbey you will love this show. It is a reminder of a time when community mattered and helping others took precedence over having everything for yourself. A time when life meant hard work and diligence. Friends and family. A time before the internet took over our lives and keeps us from getting together in person with the people that matter to us most.

The actors are wonderful in their character roles, the set and clothes are perfect and even the new characters fit in beautifully with the addition of Cody played by Carter Ryan Evanic a little Macaulay Caulkin look alike without the precocious attitude.

This show has a lot of familiar faces, check it out! You won't be disappointed.


Disclaimer: I received a complimentary product for my honest opinion. My reviews are 100% honest and true based on my personal opinion not on a company’s description or request. No monetary compensation was received.