Most Urinary Tract Infections (UTI)s aren’t serious. But the severe pain in the bladder region during a UTI attack can be unbearable to most people. If left untreated, the infection can spread up to the kidneys and bloodstream and become life-threatening. Kidney infections can lead to kidney scarring and eventually kidney damage. 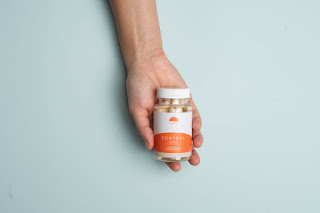 Symptoms of a UTI usually improve within two to three days after starting antibiotic therapy. Many doctors prescribe an antibiotic for at least three days or more, depending on the severity of the UTI, which can be seen from the report of a urine culture. If you are prone to getting UTI attacks, take heart that you don’t have to resort to antibiotics each time you get an attack. There are natural prevention methods like a daily uti prevention pill or UTI prevention drink made from natural ingredients that you can take.

The overuse or misuse of antibiotics is often the reason for antibiotic resistance. This can happen when the same antibiotic is prescribed over and over again for recurrent UTIs. Because of this risk, experts have been looking for ways to treat UTIs without antibiotics.

Here are 3 simple ways on how you can prevent recurring UTIs:

1  Drink plenty of water
Although urinating can be painful when you have a UTI, it’s important to drink as much fluids as possible, particularly plain filtered water. Basically, the more you pee, the easier it is for bacteria to be flushed out of your bladder.

2 Take a UTI prevention drink everyday
Target from Uqora flushes out new bacteria that may have been introduced during certain activities. It binds with UTI-causing bacteria and increases urinary flow to flush them out of your urinary tract while boosting your immune system. All at the right time.

3  Pee when you need to
If you are prone to UTI attacks, never ever hold your urine or ignore the urge to urinate.  This allows bacteria to multiply in your urinary tract. As a rule of thumb, always use the bathroom when you feel the urge.