Hey Kids, Did You Hear That? Probably Not! 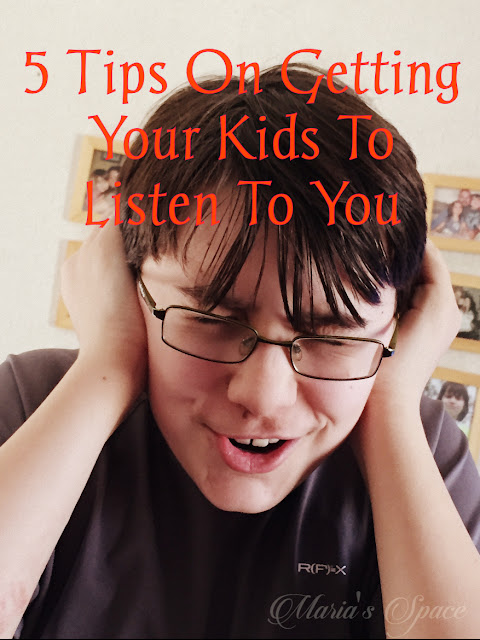 Mike Prusinski, co-founder of BusyKid, gives tips for getting kids to listen.

Recently I was watching a TV program where a camera crew provided a behind the scenes look into one of the top college football programs in the country. This show does a great job of capturing the demands of being a college athlete, as well as, a college coach, on and off the field. In this episode, the head coach addressed his team after it just barely won a game against a smaller program.

“Men, what is it that I say your generation doesn’t do? That’s right, listen! You know why? You all tweet. You all text. You all do four things at once and never focus 100% on one thing. Great teams and great players have the ability to focus and listen.”

And there it was! The head coach was saying the same thing parents have touted for decades – will you listen and can you focus. However, what got me was the room full of 100 young players (18 to 21 years old) who also seemed to be finally hearing it for the very first time. Maybe it was because the coaches demanded their attention, but I think maybe it was because none of them were looking at their cell phones.
Last May, a study was done on the human attention span and it revealed that our ability to pay attention has dropped from an average of 12 seconds in the year 2000 to just eight seconds today. Humans now have a shorter attention span than a goldfish (nine seconds average). That’s right, in a stare-down with a goldfish, the goldfish would win.
While every generation has had parents pleading with their kids to listen better or focus more, never before has a generation had to battle a foe the likes of what technology is throwing at families around the world. So what’s a parent to do in order to help their children listen better and focus more, but yet, keep connected to the world around them? Here are some suggestions on trying to find the right balance:
1. Know What Kids Think – A June study by AVG Technologies surveyed more than 6,000 children, ages 8 to 13 and found that 32 percent of children felt unimportant when their moms and dads were distracted by their phones. In addition, 54 percent of the kids think their parents spend too much time on their phones. Hear that mom and dad? Time to lead by example.
2. A No Phones Meal Deal – Whether you eat as a family at home or in a restaurant, make your meals “phone free”. Make it a family rule that no phones are allowed when the family is eating. No calls, no text, no snaps and no tweets. Most families spend about 20 minutes eating dinner, so I think the world can probably wait that long to hear from you.
3. Suggest Limits – Ever have one of those moments when you look up and the entire family is sitting in the same room staring into their phones or tablets? If so, suggest a time period when phones or tablets can be used. Make sure to leave some time before and afterwards so you can connect as a family, even if it’s watching your favorite TV show together.
4. Put It To Bed – There are numerous medical studies that show why having your child go to bed with their phone or tablet is a bad idea, however, let me pile on. One revealed that kids who go to bed with technology send an average of 34 texts and emails a night after going to bed. Kids need sleep and not midnight texting!
5. Earn The Phone – In the US, kids are getting phones around the age of 6. Now I’m sure parents have good reasons for a phone that young, but to me, that seems a bit early. My bigger issue is that kids are usually just given an expensive phone and plenty of data. Why? Does a 9-year old need a $600 phone, unlimited data and no supervision? For safety reasons, I think getting a child a basic phone that calls and texts is perfect. However, if he/she wants something more, they should earn it by helping out around the house, earning allowance and contributing to the monthly bill.
For information about BusyKid, visit http://www.busykid.com.