Amateur Book Review - Steve and Me 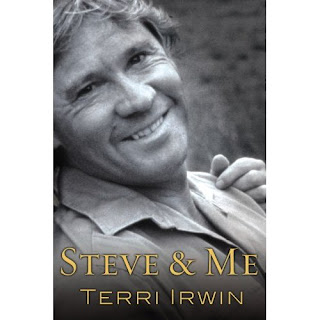 Last night I finished Steve & Me and it was fantastic. The book was written by Terri Irwin only a few months after she buried her beloved husband.

I can't image that there isn't someone who doesn't know who Steve "The Crocodile Hunter" Irwin was. 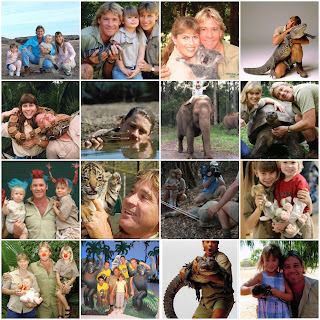 This is a love story without all of the wishy washy words. Terri gave us snippets of their life together. Telling us the story as she would tell her children. I can't imagine that anyone else would have been right for Steve in his lifetime. Terri and Steve had a connection that was built on respect, love and a mutual desire to make this world a better place for the animals on our planet. They were obviously soul mates from the moment they met and I really respect Terri and the strength she shows everyday in keeping up the Australia Zoo and following through with Steve's dreams for the future.

Maybe it is because I actually loved Steve, maybe it because of the passion and enthusiasm he exhibited every time you heard him speak about animals, or maybe it is because I am an incurable romantic who hopes that that everyone could have a love like Terri and Steve. Perhaps it is all that and more or none of it. What I do know, is that this is a fantastic book, well worth reading. If we didn't already know what a special individual Steve Irwin is, Terri shows us why. She honors him on every page and I can only hope that she put out another book when she has had more time to heal. There must be tons more stories about the man who left this world as a legend.

It is impossible to imagine how she managed that first moment when she heard that her soul mate was gone. Having to tell her kids that their personal "superhero" would not be coming home is actually unimaginable to me. If he seemed untouchable to me what must he have seemed like to his children?

I can remember the day I heard that Steve Irwin had died (I actually wrote about it on my son's blog). I was devastated and worried about Terri and Bindi. I knew that his son was too young to actually get the whole thing but if anyone ever saw Steve with Bindi, you knew that they had a love that was palpable.

I found myself looking back at the pictures included in the book about 20 times in the few days it took me to read it. I actually talk about Steve to my kids often. We love watching Bindi The Jungle Girl and I am pushing for a Bindi birthday party for my almost 3 year old.

I had done a 5th sentence meme on this book last week and seriously don't want to say good-bye to it. I will think about Steve and his family for long time.
To read the first chapter, and to buy the book, head over to Amazon.
at Sunday, February 24, 2008