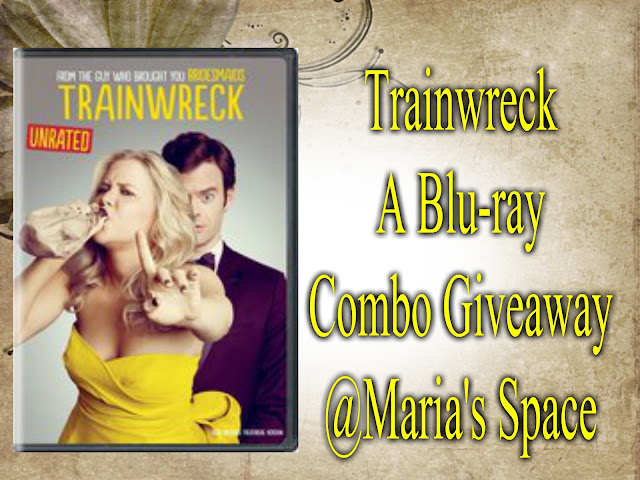 I am a huge amy schumer fan AND Bill Hader fan. They are both hysterical and the perfect comedy team in my eyes. Whoever put them together is genius they are both funny and quirky in their own right and naturally funny.

Three-time Emmy® nominee Amy Schumer (“Inside Amy Schumer”) stars as a commitment-phobic journalist in Trainwreck, the film Fandango calls “the funniest movie of the year,” is coming to Digital HD October 20, 2015, and Blu-ray™, DVD and On Demand on November 10, 2015, from Universal Pictures Home Entertainment. Schumer takes her undeniable talents to the big screen tossing aside rom-com conventions with a timely and outrageously funny portrait of an unapologetically independent career woman whose hard-partying personal life is turned upside down when she meets Mr. Might-Be-Right. Directed and produced by comedy guru Judd Apatow (Bridesmaids, The 40-Year-Old Virgin, “Girls”), Trainwreck UNRATED arrives on Blu-ray™ & DVD with even more hysterical moments, including deleted scenes, gag reel, line-o-rama & more!

Since she was a little girl, Amy (Amy Schumer) has been taught that monogamy isn’t realistic. Now a magazine writer, Amy lives by that credo, enjoying an uninhibited life free from stifling, boring romantic commitment. But when she finds herself starting to fall for the subject of a new article she’s writing, a charming and successful sports doctor (Bill Hader), Amy starts to wonder if other grown-ups, including this guy who really seems to like her, might be onto something.

This movie was written by Amy Schumer and taken from her own personal experience which made watching this even more funny.

If you have never watched Insider Amy Schumer the Comedy Central show you are in for a treat. This adorable, foul talking chick knows how to have a good time and doesn't take herself too seriously. 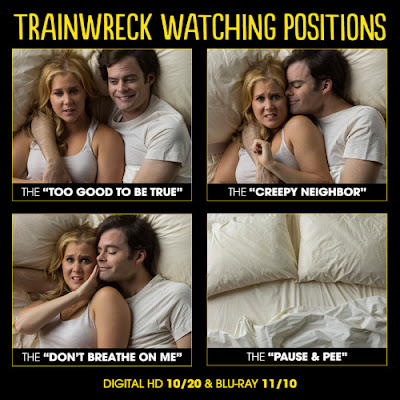 The movie is big on sex talk, sex jokes, and raunchy but it is balanced with a lot of emotion and heart.  Trainwreck also has some big sporty cameos too. Tony Romo, John Cena and LeBron James all show up and hold their own.  Who knew Cena could be so funny? He plays Amy's boyfriend who struggles with homosexual tendencies plays emotional very well.

If you like Amy, Bill or just watching some uncomfortable movie sex this is a hysterical movie. 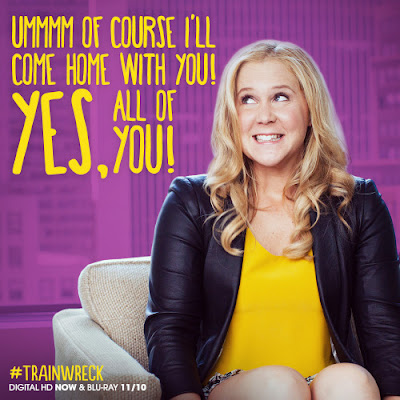 Enter for your chance to win a copy and laugh with me.