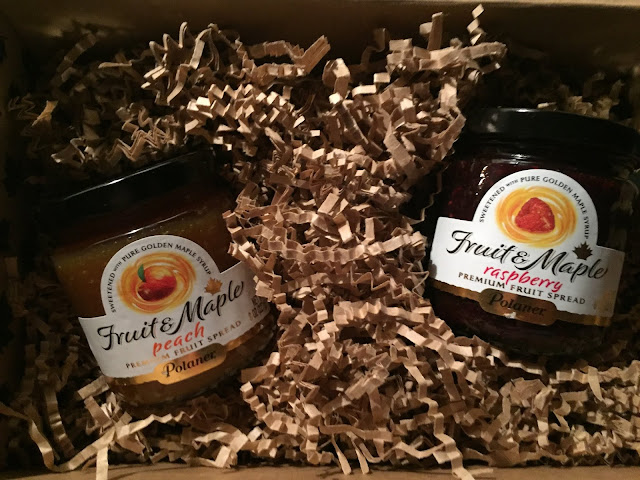 Polaner Fruit & Maple pairs the fresh taste of fruit with the delicate sweetness of pure maple syrup and each variety contains four ingredients or less (except for Peach, which has five ingredients),
the first two of which are fruit and pure maple syrup. Polaner Fruit & Maple has no high
fructose corn syrup, no artificial flavors and no artificial colors. This premium line of fruit and
maple spreads is also gluten free and kosher. It is available in eight ounce jars at a suggested
retail price of $3.99.

This innovative new product converges on two major food trends generating consumer
demand. First, Polaner Fruit & Maple uses golden delicate pure maple syrup as an alternative to cane sugar and artificial sweeteners, and is on trend with the alternative sweetener movement that has grown 200 percent in the past four years. Second, there is a significant growth trend in pure maple syrup consumption not only due to flavor preference, but also for its budding use in recipes both at home and in restaurants. By using maple syrup as a sweetener, Polaner Fruit & Maple imparts a subtle, more balanced and gentler flavor than if sweetened with traditional cane sugar.

Polaner Fruit & Maple is versatile as it perfectly complements recipes for appetizers, protein‐based main dishes, side dishes, baking and cocktails in addition to its traditional usage at breakfast. Polaner Fruit & Maple premium fruit spread is currently available in stores across the Northeast and will be available soon in the Central Midwest and Pacific Northwest. To find stores carrying   Polaner Fruit & Maple premium fruit spread, visit www.polanerspreads.com/where-to-buy/  Orders can easily be placed at the Maple Grove Farms® gift shop by calling 1‐800‐525‐2540 ext. 5547.1.800.525.2540 ext. 5547.

Polaner Fruit and Maple is an amazing combination of fruit and maple syrup and while we think it is wonderful on toast, waffles, with butter and peanut butter or without; this week we decided to make a dessert! 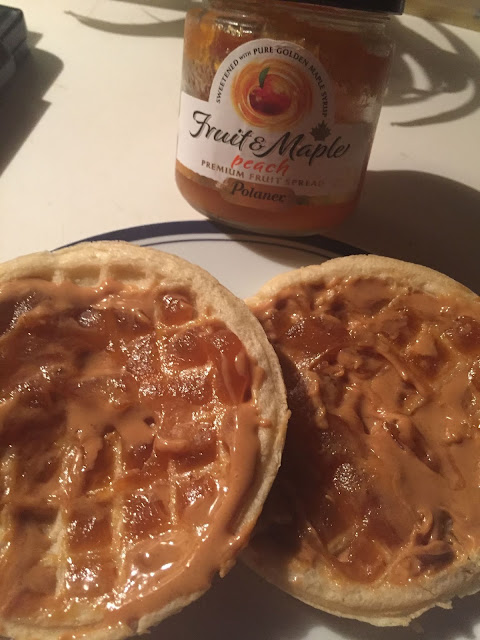 We spread the Polaner on the Tortillas and placed them with a little bit of butter in a pan until they were golden brown on both sides.

Then we rolled them in a cinnamon and sugar mixer and let them cool for 5 minutes. 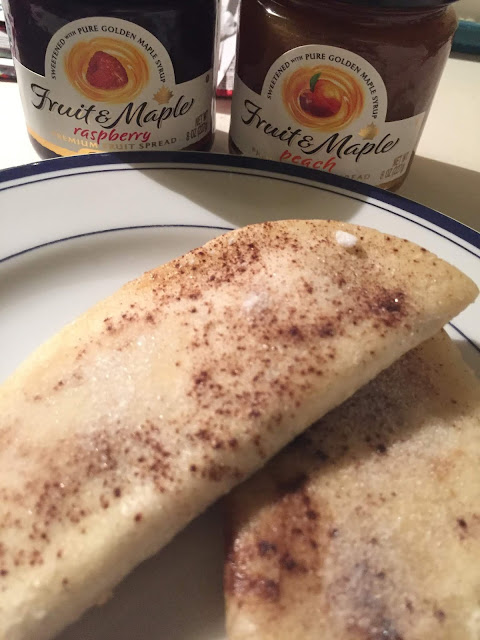 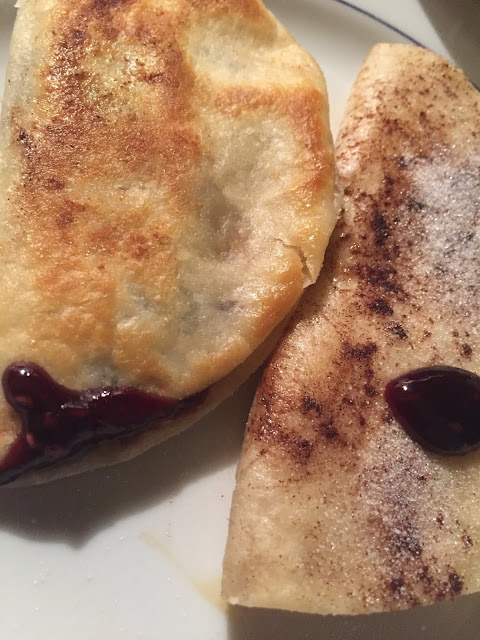 They were delicious. My husband enjoyed it hot with a scoop of vanilla ice cream on top and my daughter just used whipped cream. Me...I ate mine just as you see them! They were perfect.