It's Out! Remember The Saturday Morning Cartoons When We Were Kids? They Are All In One Book! 1960s-1990s


Celebrate the shows, characters, songs, and commercials that made Saturday mornings a pop culture event.
It's Saturday Morning! A Look Back at Four Decades of Cartoons, Pop Culture, and Tradition 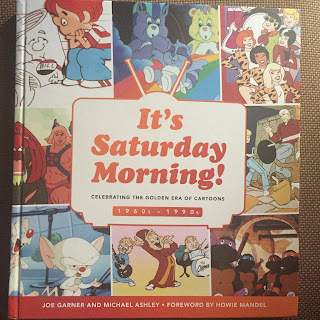 Broadcasting into family living rooms from the 1960s to the 1990s, this wildly creative art form wrought a beloved rite of passage. From the hours of 8 a.m. to 12 p.m., parents could sleep in while their children plopped on the couch to consume cartoons galore. From The Bugs Bunny Show, The Jetsons, and Jonny Quest to The Smurfs, He-Man, and Animaniacs, this window of time promised pure entertainment and an experience that united generations.

That experience is captured in the new book It’s Saturday Morning! A Celebration of the Golden Era of Cartoons, 1960s – 1990s, by Joe Garner and Michael Ashley (becker & mayer! October 23, 2018). “Saturday mornings were magical,” says co-author Garner, adding, “you waited all week for Saturday and the cartoons were like fuel for your imagination that powered your play for the rest of the weekend.” Essentially, for millions of kids the Saturday morning cartoons were pure escapism at its most vivid and silly. The animation, characters, voices and stories were something all kids shared, millions having at least one thing in common: hours in front of the TV every Saturday, laughing and enjoying the latest cartoon adventures.

It’s Saturday Morning! is not only a loving tribute, it’s a great resource for everyone who never left the TV on Saturday mornings. Starting with the 1960’s and The Bugs Bunny Show, thru the 1990’s and Pinky and the Brain, the book is filled with details on how and when the iconic cartoons were created and the people behind the writing and animation.  According to Garner, “we had so much fun researching the stories behind the cartoons. As often as possible, our goal was to make sure that no matter how much our readers think they know about a particular cartoon, we tried to make sure to include something in the story that may surprise them.” 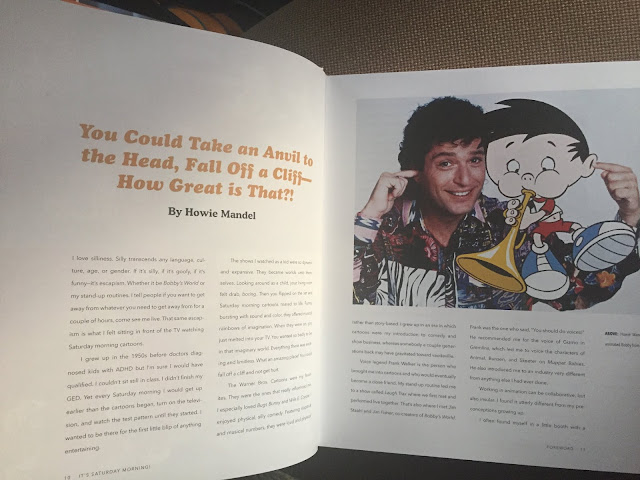 Generations have enjoyed and been influenced by Saturday morning cartoons and the book is the perfect opportunity to introduce today’s kids to a magical – yet bygone – era. For co-author Ashley, the book is not only for the fans of Saturday morning cartoons “but also for their children. Not only can fans relive their memories but they can teach their kids about a different time – with unforgettable characters, catchy songs, hilarious shenanigans, and adventures galore.” 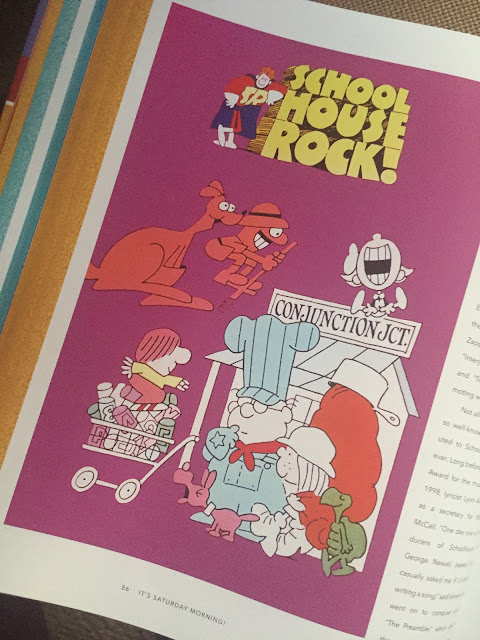 In addition to the stories behind the cartoons, 400 images including concept art, archival images, and all-new interviews, comedian Howie Mandel wrote the foreword. “One of the most pleasant surprises was in discovering how big a fan Howie is of Saturday morning cartoons, says Garner, adding, “we knew he’d done voice acting for cartoons and even created one (Bobby’s World).  But when he spoke about his experience as a kid getting up extra early on Saturdays so he wouldn’t miss a minute of cartoons, it was with genuine excitement and affection.”

Ultimately, It’s Saturday Morning is not only a must-have for fans, but it was a labor of love for the co-authors.  The book, explains Ashley, “fills a vacuum in our lives. We grew up watching these shows and loved them…it was a seminal childhood ritual that shaped our childhoods and influenced our imaginations.”  Its Saturday Morning, Ashley adds, “commemorates a seminal childhood ritual.” This collection is a celebration and exploration of the shows, characters, songs, and TV commercials that made Saturday morning cartoons a pop culture event that still influences today.

Joe Garner is a six-time New York Times bestselling author. His books include We Interrupt This Broadcast, Now Showing, Made You Laugh, and 100 Yards of Glory.

Michael Ashley is a screenwriter and ghostwriter whose creative talents were behind the Disney TV film Girl Versus Monster and the books The Six-Figure Writer (2015) and Fiction in a Weekend (2017). He has ghostwritten both fiction and nonfiction books and established his own creative content company, Ink Wordsmiths. Michael lives in Los Angeles.

Who doesn't remember waking on a Saturday when you were a kid and spending the morning watching cartoons with your siblings? It was one of my favorite things about my childhood.  We would lie in the living room and watch The Flintstones, The Jetsons, Pink Panther, Yogi Bear, Bugs Bunny and so many others. There was nothing like it. It was a time that I am so glad I grew up in. There was no You Tube, smartphones, iPads, computers, game systems we all watched the same thing. We sang the theme song, laughed, talked and played. It was a wonderful time to grow up and I get nostalgic even now when I fall upon on of my favorite childhood cartoons. 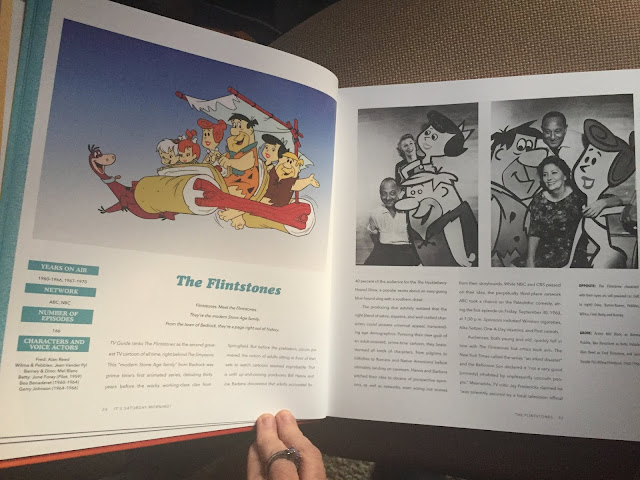 It's Saturday Morning celebrates the golden age of cartoons and about how the characters were created, how long the show was on air, how many episodes, and who voiced the characters as well as really cool information like...did you know that The Jetsons was the first series to air on ABC in color? No? Me either how cool is that?! Oh and Scooby Doo...he got his name because of Frank Sinatra.  And..Josie and the Pussycats were way ahead of their time. As the first cartoon presenting females as lead characters who fought crime "They weren't anyone's Angels. They did their own thing".

It really is a special book and would be a great gift to anyone but especially your siblings who will undoubtedly remember all the times you fought over which show to watch (There weren't many but sometimes...you needed to choose.) 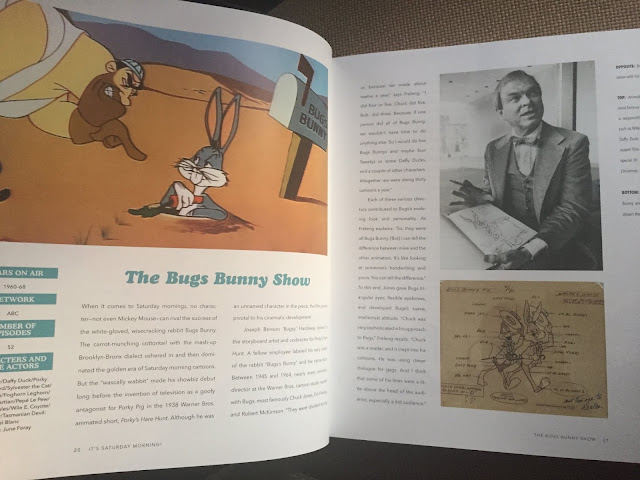