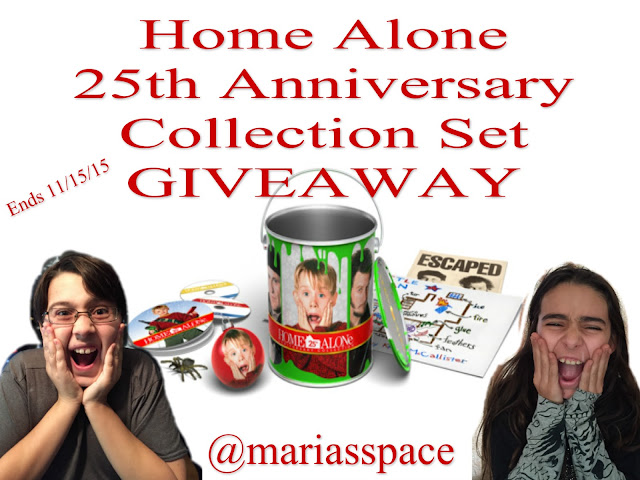 Get ready to ring in the holiday season as Twentieth Century Fox Home Entertainment celebrates the 25th anniversary of the biggest live-action comedy of all time with HOME ALONE: ULTIMATE COLLECTOR’S EDITION arriving on Blu-ray and DVD October 6.This must have gift set features all five films packaged together for the first time in a collectible paint can full of limited edition movie memorabilia that will keep the whole family laughing including a McCallister Christmas ornament, Kevin’s battle plan for the Wet Bandits, his tarantula and a wanted poster of the thieves – Harry (Joe Pesci) and Marv (Daniel Stern) – and more. 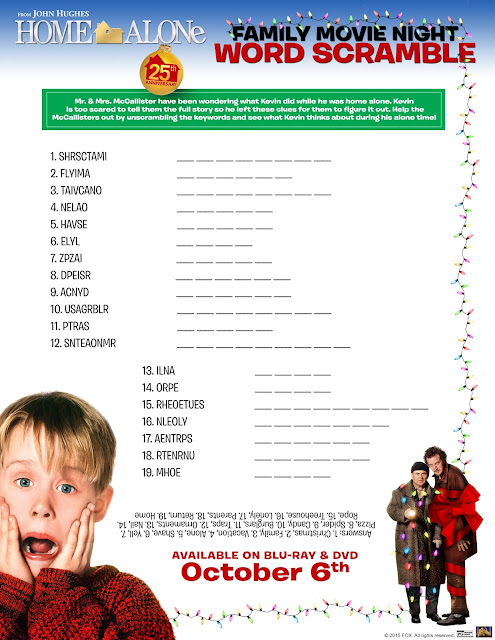 Additionally, a gift set featuring HOME ALONE and HOME ALONE 2: LOST IN NEW YORK will be available exclusively at Target and features both films on Blu-ray along with a warm and wearable reproduction of Kevin’s famous winter knit hat from the films. 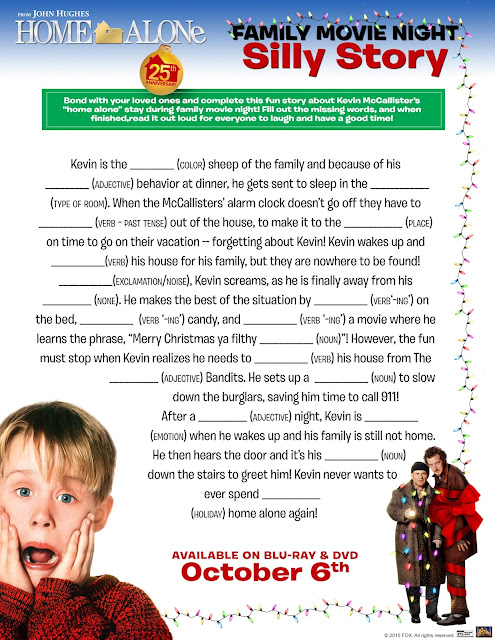 We are HUGE Home Alone fans and love all 5 movies although I would say I am partial to the 2nd one Lost In New York. 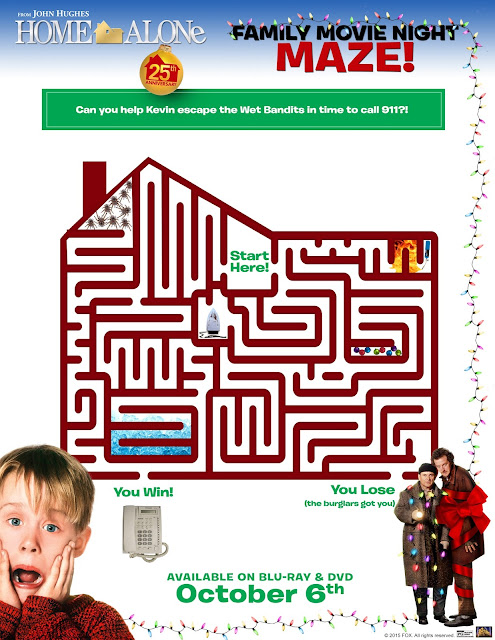 Sitting down to watch Kevin McCallister win over the Wet Bandits is one of our Christmastime family traditions. There are still lines in this movie that make us laugh out loud and I remember one year right around the time my Handsome really got into the movie (maybe 4 years ago) we watched it every weekend and still laughed.  These first two movies don't get old. They are still as funny as the first time we saw them.

There are so many great lines from this movie that I can't even say which I loved best but I know that "Keep The Change You Filthy Animal" is one of them and we toss it out every chance we get.

You will see the enthusiasm as my son does an un-boxing video for the Collection Set along with everything inside. I was never more proud of him. In fact, he loves knowing that he has more views on this video than any of my others.


This Collection features all five of the Home Alone movies and thanks to Fox Home Entertainment Insiders and Target I get to offer a giveaway to one of my readers.

Disclaimer: I received a complimentary product for my honest opinion as part of the Fox Home Entertainment Insiders. No monetary compensation was offered or received.