All Charlie Wants For His Birthday Are Some Friends 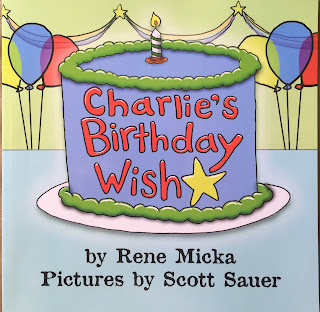 I find it very interesting that today I decided to review this book. October is National Bullying Prevention Month and this book is told from the prospective of the bully.

Charlie’s Birthday Wish teaches children to consider how bullies can be misunderstood, remorseful, and even forgiven. It also explores the consequences faced by those who choose to be unkind. The story uses rhyme to open an age-appropriate conversation about unkindness and its implications, not only for the oppressed, but also for the oppressor himself. 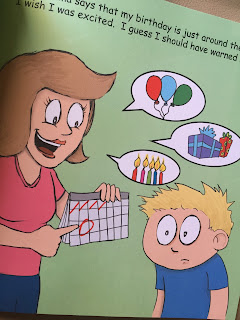 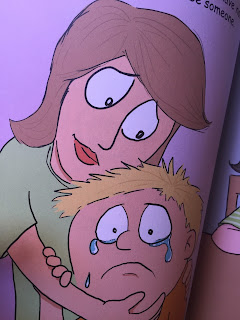 My son as many of you know is on the spectrum. He is a very good boy however, he doesn't always know that the things he says can come across as bullying. In fact, this morning I was approached by someone in the school who wants to talk to me later on today. Mostly because they are worried about him saying the wrong thing to the wrong person and getting himself in trouble. My Handsome doesn't always know what he says is wrong. He sees the world in black and white and can't see outside those lines. So like Charlie he doesn't have ANY real friends. He doesn't know why.  From a mother's point of few this is very hard for me. I love him and know him to be a good boy but his disability makes it hard for kids his own age to understand him and know that what he is saying isn't always what he means to say. He is better with much younger or much older. The last things a mother wants is for her child to be THE bully or to not have good friends. 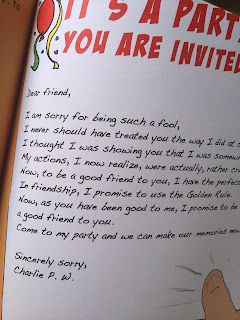 Like Handsome, Charlie doesn't have any friends and it is because he has said or done things to make his friends not trust him anymore.  Unlike Handsome, Charlie knew what he was doing was wrong and now he needs to eat crow, confess to his mother and apologize for his hurtful ways.

This is a wonderful book for children or caregivers to read with a child (doing this with Handsome after school today).


Disclaimer: I received a complimentary copy for my honest opinion. No monetary compensation was offered or received.