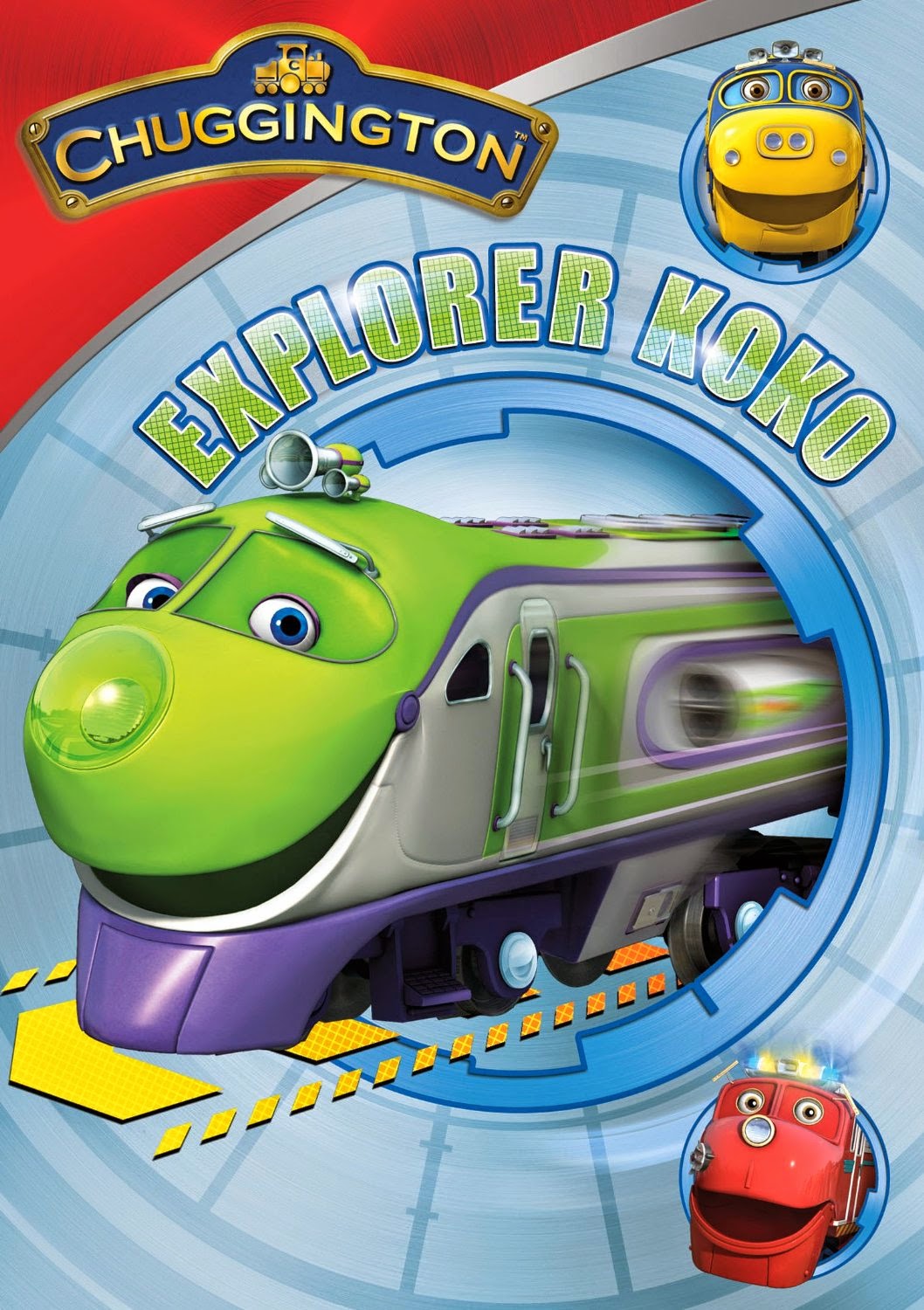 Bet you can’t catch Koko! Young trainees and families from coast-to-coast will honk their horns for Koko when she takes the spotlight in “Explorer Koko,” the latest action-packed “Chuggington
DVD from Anchor Bay Entertainment. Featuring six engaging episodes that help preschoolers tackle everyday challenges and learn important life lessons, the exciting all-new collection puts wheels to the rails at retail on May 6, 2014.


In “Explorer Koko” ($14.98), everyone’s best friend Koko is chosen to carry the King of Buffertonia and his dignitaries on a special tour of Chuggington. The new release also follows Koko as she gets hooked on a computer game trying to beat Hodge’s high score and finds herself in a heap of trouble when her net shooter fails on the tracks! In these six fast-paced and fun-filled episodes, Brewster, Wilson and Koko discover the importance of teamwork, leadership and more. The new DVD also comes complete with Chugger Spotlights, a bonus Badge Quest Episode and adorable coloring sheets!


Entry-Form
Disclaimer: No monetary compensation was received to host this giveaway.