A Lover! Not a Fighter Or Am I?


Yesterday while doing our weekly volunteer at an animal shelter with my kids I almost truly got into a fight with another volunteer. Imagine? I seriously was about to take my earrings out and fight! 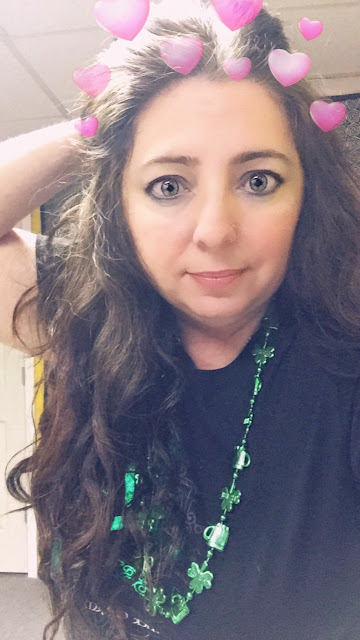 We usually clean a room or two but yesterday after cleaning our third room I headed back to the first room we cleaned. I wanted to do the floors which would have made that room DONE! However there was another woman doing bunny cages. Why do the floors if she was doing cages? It would have looked like we hadn’t. So I headed to the supervisor (a woman I had never met because she normally doesn’t do weekends) and tell her we did the three rooms, washed all the dirty things including the ones for the other volunteers but didn't do the floors because there was someone still doing cages. She said no problem. The kids and I went back in to spend some time with the cats before leaving and the other volunteer mentions that she needs to pick up her son soon and she would appreciate us doing the floor for her. She tells me what needs to be done as if I have never worked there before and I listened. No biggie. Not even going to go there. I just tell her OK. We are here every weekend. We know what to do and stay until the job is done. I ask my son to please sweep the floor. My thought process was at least that much will be done and we can do her section after she leaves.

10 minutes later the supervisor comes in and the other woman is closing up the rabbit cages. The supervisor asks if the room was done and my son says "Yes! I swept the floors." The other volunteer jumps in, "NO! He didn't do them. He didn't pull out the garbage cans or get under the cages. He didn't squeegee the floors. It all has to be done." I am thinking, "Wait! What?! I couldn't ever imagine calling out someone's kid in front of him or anyone else. He is 14. Underage and can't work there without me being there. Everyone has eyes and he certainly doesn't need some adult to call him out. We were going to do it when she left. Why work around her?

The supervisor says "OK! They said they are going to do it. You can go take your son. They are willing. It is OK thanks for your help."

The other volunteer says, "NO they are unwilling I can get it done in 15 minutes."

I swear if I could have blinked myself in front of her face I would have but I stormed over to where they were the whole way saying "but but but...you said you were leaving. We said we would do it. We are just waiting for you to go so we can finish up." No one ever said unwilling."

The Supervisor puts up her hands and said, "OK I think this was a miscommunication. They said they would do it. You can go get your son."

Everything seemed like it would be fine but this lady never left. I started sweeping as I was hearing the cages close thinking she is going. She is telling the bunnies that their cages are nice and clean now. I am sweeping by cat cages, making my way to where she was working so when she goes I can hit that area. NO! She starts sweeping too! WTF! Why?! GO!!! You said you were going. You tried to throw me and MY KIDS under the bus for what? A volunteer job that is supposed to be something we all do because we love animals but it always manages to be a PAIN IN THE ASS with the people who work there?!

I am evolved and don't want to judge this woman. The term crazy cat lady exists for a reason and it doesn't always have to do with people who love cats. Maybe she is fighting with her husband. Maybe she has a sick parent. I don't know. So I get the small broom and pan and sweep up her pile so I can get the squeegeeing done and get out.

She finally says have a good weekend and I return the sentiment.

She took 10 more minutes to leave. I found out later she was giving the Supervisor and ear full.

After cleaning, I went to sign out. This Supervisor doesn't know me and I want her to know why I stood up for myself.  I tell her the story I mentioned above and that it is very important for me to stick up for myself. I spent years not saying anything. Never defending myself and always letting others mentally beat me up.  My kids are watching me and I needed them to hear me defending them.

She says I should let it go and after hearing both stories she thinks the woman misunderstood me. I told her I felt she was trying to be a martyr.

When I left I was still angry. There was so much I still wanted to say to that volunteer. I was ready to throw down if she said anything that made me feel like I needed to.

When I tell friends the story, they say it was probably because of her calling out my son or saying "They are unwilling". That if she had said she is unwilling I probably would have let it go. I don't know maybe.

I just know that I felt proud of myself and wish that I was that strong years ago.

She would have probably gone blow for blow with me but I would have definitely thrown the first if necessary. It feels good to know that about myself. Too many years a victim. Not anymore.

Thankfully my kids didn't have to see mommy go crazy. What they saw was mommy defending them.

Lesson for the day: Don't mess with a CUB in front of MOMMA