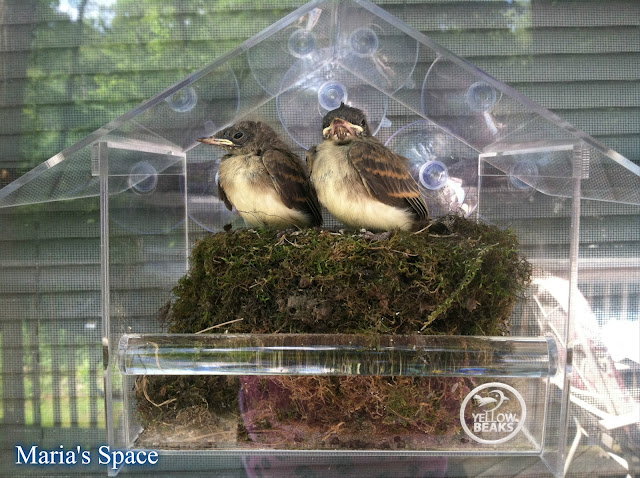 We had ONE of the coolest experiences of our lives almost two weeks ago. If you follow on Instagram you may already know that we got to play Mother Bird to two babies who were not ready to fly after leaving the nest. We are still talking about it like it happened yesterday. Every day Goddess tells me she misses them. I miss them too. It was amazing.

#PhotoFrame baby birds are here. Get to see them thanks to my new #selfiestick #babybirds
A photo posted by Maria (@mgagliano5) on Jun 27, 2015 at 1:51pm PDT


The birds were to tiny but so trusting. Goddess amazed me with how gentle she was. She definitely is a bird whisperer. They did not want to leave her finger which they perched on until she found them another perch which ended up being my selfie stick. They even allowed her to feed them worms. I was truly blessed to see this interaction. 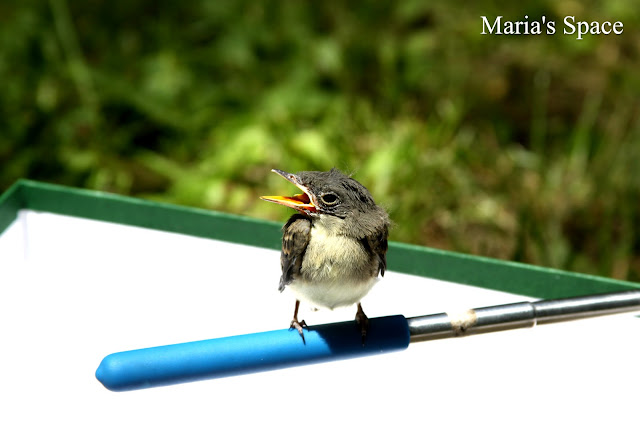 On the day the birds landed which is a funny story in itself (**Goddess walked over to the nest with a selfie stick and all 5 birds decided this was the time to leave the nest. I felt them flying into me as I was standing right there about to take a photo. I felt them hitting my body like little fluffy balls**.)  we received a bird feeder from Yellow Beaks which withstands the weather and comes with suction cups that you apply to the window. As soon as it came in, I took a quick few photos and brought it outside to my girl who had been sitting by the bird box for 4.5 hours already making sure they were safe.


The Yellow Beaks Bird Feeder is a perfect addition to any home. It's easy to clean and refill when necessary.  I love that I can see the birds feeding from all angles. Hopefully I can get some great bird photos in the future.