It's A Beautiful Morning, Let Some Fresh Air In With A #magneticscreendoor 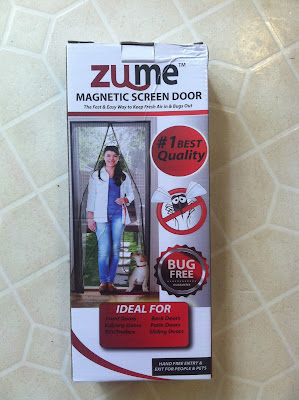 The past three weeks I wake at 4:30 a.m. with my husband's alarm. It is at this time I open the doors and air out the house. Having central air on all day for weeks is great but there is nothing like some fresh air once in a while.

Usually I open the front door and the screen door and this create a cross draft until around 10 a.m. where the house starts reaching temps of 79 and I quickly close it all and turn the air back on.

Over the past two weeks I have also opened my kitchen door thanks to the magnetic screen door by Zume. I have seen them for forever and always wondered how it worked.  We don't have a screen door on the kitchen so I hate when it gets opened. We live in the woods which means loads of flying bugs.

The screen came in and I was waiting for my husband to put it up. After three days I decided let me give this a try. So happy I did. The screen has velcro strips in various locations. It also comes with a bag of velcro strips. The directions call for you to attach velcro to the ones already on there with the tape side sticking out. 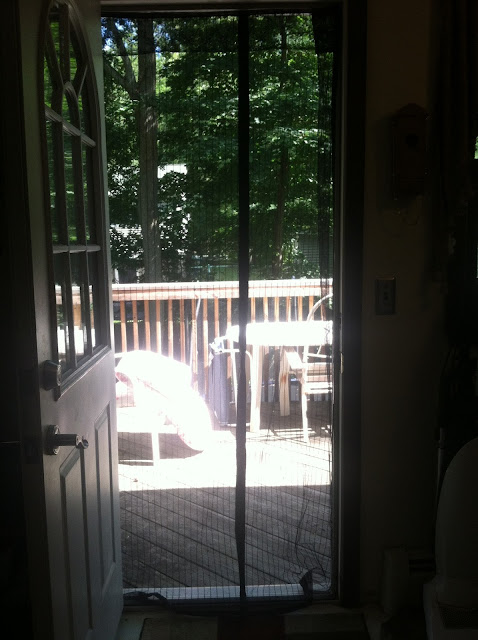 Laying the screen on my kitchen floor, Goddess and I took a few and started placing them around the screen.

The I grabbed a step stool, got to the door and started placing and peeling the strips off the tape which allows the screen to hang from my door frame. It was so easy. The screen also comes with a box of black thumb tacks which I also added to enforce at the top.

We took our first step through waiting to see if the screen will automatically close behind us and it does. We were shocked. The hardest part is to enter the screen you do need to open it with your fingers. I guess I could head butt it and see if it separates to allow me through but I wouldn't want it to fall down eventually. So right now we are taking our fingers and separating the magnetic opening.

Nothing like fresh air and knowing the screen is keeping out bugs! 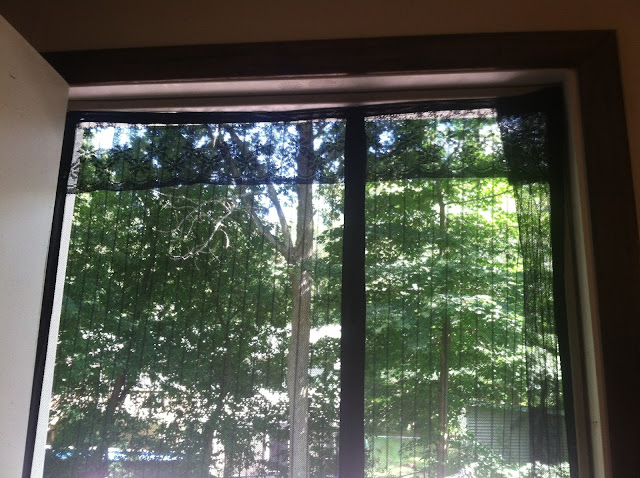 Disclaimer: I received a complimentary product for my honest opinion